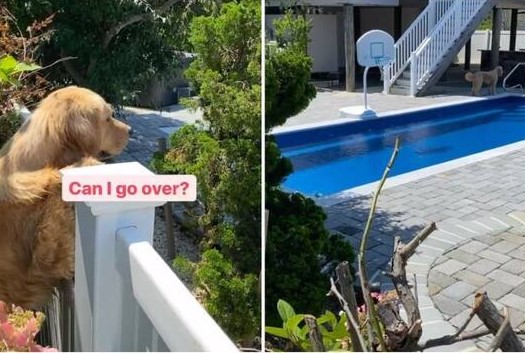 It’s destiny to find love next door, but when a goodest golden good boy named Hudson B Mason spotted his neighbour, sparks immediately began to fly.

The stretch of a yard was separated by a wooden fence from Hudson’s property but it’s that love which cannot be fenced in. A video shows Hudson trying to leap by the fence surrounding his abode as he gets busy gazing at the pooch playing at a distance, lovingly.

The excited beyond measure doggo standing on his hind legs is completely floored by the sight of his next-door crush. “She’s the one,” reads the text on the screen. Next “Oh my garsh. I love her!” appears as the song Want To Want Me by Jason Derulo plays in the background.

The recording was posted to Instagram on a page dedicated to the adventures of the adorable golden retriever. The clip, shared on the photo and video sharing application August 19, has been liked more than 15k times and brought a ton of smiles to viewers.

“That can’t eat, can’t sleep, reach for the stars, over the fence, world series kind of love,” reads the caption to the post.

One user wrote, “Go get her”. “Awwww, I hope it’s a happy ending,”expressed a second.

READ  See how this golden retriever greets its owner

Another user added, ” Aww you are the cutest fluff I’ve ever seen. This made me cry in joyful tears!” 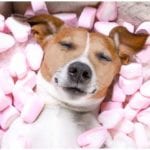 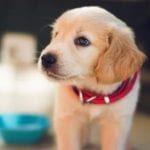