Even though common colds don’t put our lives at risk, it’s still pretty annoying. It seems as if it takes forever for them to go away, and all they do is make our lives harder. But can dogs get colds too? Yes, they actually can! But sometimes the symptoms we associate to a cold, could actually be the ones of a more severe disease.

What are common colds?

When it comes to dogs, there isn’t one specific virus that causes common colds. Instead there are several that can cause cold symptoms. Some of them are more serious than others. That’s why it’s so important to take the symptoms seriously.

What are the symptoms of colds in dogs?

The symptoms aren’t too different from the ones we experience. Dogs will experience symptoms such as:

Other, less specific symptoms include

These symptoms could also point to a more serious condition, for example kennel cough, dog flu, bronchitis or canine distemper.

READ  What Does It Mean When A Dog Licks You?

If you notice any of these symptoms in your dog, the best possible decision would be to call your vet and schedule an appointment.

How to know if your dog has kennel cough or the cold?

Kennel cough is a highly contagious disease in dogs. The name comes from the place where it’s most commonly transmitted — kennels. It’s treatable and dogs recover successfully in most cases. The most distinctive symptom of kennel cough is honking cough. Other symptoms are similar to the symptoms of a common cold.

Can dogs get colds from humans?

The chances are extremely low. The viruses that cause colds in humans rarely jump on dogs or any other species. So if your stuck at home with a cold and you’re worried you’ll transmit it to your dog — you can rest easy. The possibility of this is pretty much non existent.

The chances of you catching a cold from your dog are very unlikely either. But your dog may be infecting other dogs in your house our neighborhood. So stay safe and keep your dog away from his other canine friends.

How to can you treat colds in dogs?

If you’ve noticed symptoms of a common cold in your dog, the best possible decision would be to contact your vet and schedule an appointment as soon as possible. While there most likely isn’t any reason to panic, it’s important to rule out any other causes of those symptoms.

The final treatment will depend on the cause. Mild cases eventually go away on their own. You won’t need any specific treatment. But if your dog has a more serious infection causing those symptoms, your vet may prescribe antibiotics for secondary infections. 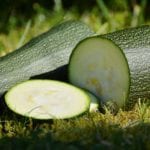