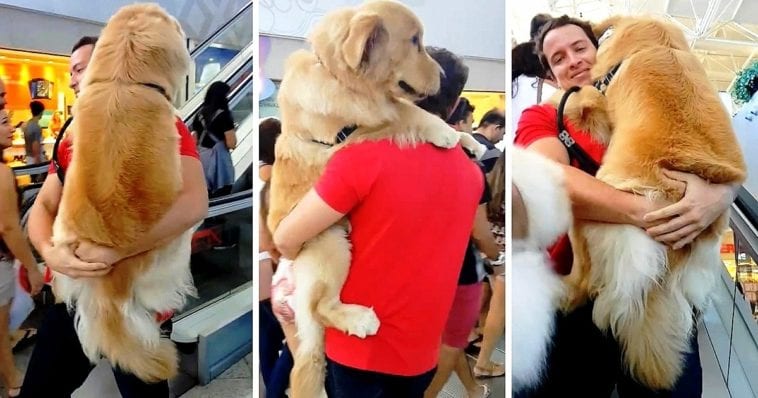 Antonio the Golden Retriever has never been very brave around escalators. During his puppyhood days, he would hop into his dad’s arms like a toddler the moment he spotted the terrifying “moving stairs”.

But now that he is a big boy, the whole hopping-into-arms thing doesn’t really happen.

However, that doesn’t mean that Antonio has conquered his escalator phobia! He might be a huge dog, but riding escalators on his paws is absolutely out of the question.

These days, he has developed an endearing new technique to comfortably make it up elevators, something that still makes the best use of Dad’s arms!

In the video, we see Antonio consciously pausing before the escalator. Dad instinctively bends down and picks him up like a toddler.

Antonio adorably wraps his forelegs around Dad’s neck, and buries his scared little face in his shoulder. He looks like a giant ball of fluff as Dad happily carries him during the escalator ride! What a blissful sight!

Antonio sure trusts his dad wholeheartedly as he pushes his fears aside and completely surrenders himself during the ride. He’s always going to be Dad’s innocent little baby and it’s heartwarming on so many levels! 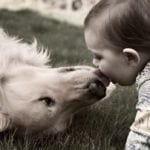