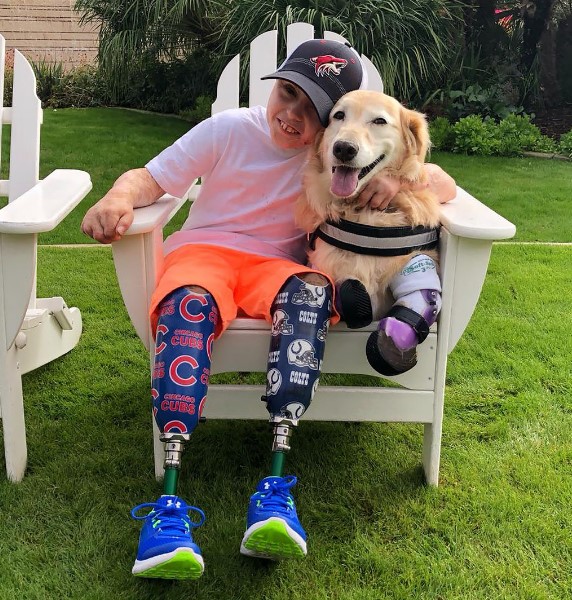 Owen Mahan spent a fun-filled weekend with Chi Chi, a beloved golden retriever who had all four of her limbs amputated

A 10-year-old boy who recently had both his legs amputated got the surprise of a lifetime when spent the weekend with Chi Chi, a golden retriever with four prosthetic paws.

Owen Mahan, of Pittsboro, Indiana, would often watch Chi Chi’s inspirational videos online. On Friday, the boy flew to Arizona to meet the beloved pooch for a fun-filled weekend.

“It made me really happy,” Owen told. “We both got our legs amputated.”

Sweet photos and video of the encounter showed Mahan and Chi Chi playing wiffle ball, lounging and sharing sweet hugs. After the weekend, Owen gushed about the weekend as he sat in a car and played with Chi Chi before giving the dog a goodbye hug.

Owen was just 2 years old when he fell into a bathtub of scalding hot water and suffered severe burns over most of his body. As a result, Owen has undergone dozens of surgeries and had his legs amputated below the knees in June and February.

READ  They Call Him The Golden Unicorn: He Has Only One Ear

His mother, Susan, said Owen’s visit with Chi Chi will likely help him in the years to come.

“I don’t think Owen realizes he looks different than anyone else just because in the community we live in he’s so accepted,” Maha told.

“But someday, someone is going to point that out to him. So him meeting Chi Chi and seeing how someone besides him got up and keeps going will help him a lot now and as he gets older.”

She adds: “He’ll see how well accepted [Chi Chi] is all over the world.”

Chi Chi has long been a source of inspiration. The 3-year-old therapy dog was found in a dumpster in South Korea, apparently left for dead. She was found with her legs bound with wire and a rescue group took her to a vet, where they learned she needed to have all of her limbs amputated. 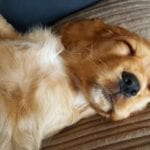