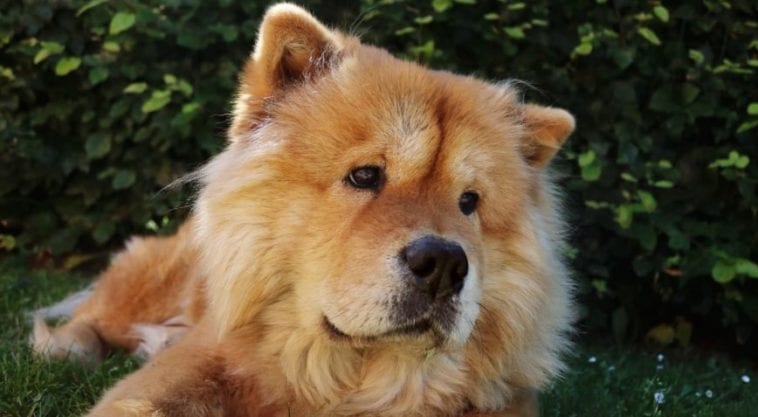 The Golden retriever Chow mix or the Golden Chow is a truly unique mixed and very fluffy breed. As the name suggests it is a mix of a purebred Chow-Chow and a purebred Golden Retriever.

Even though this mix sounds all over the place, the Golden Chow carries actually the best characteristics of both its parent breeds, the Golden and the Chow! Besides this, this designer breed is extremely loyal and full of love!

But, let’s take a closer look at all of the characteristics of the Golden retriever Chow mix!

Both parents of the Golden Chow are very fluffy and lovely breeds, however they have vastly different personalities!

As it usually is with mixed breed dogs, you can’t really know what you’ll get. Generally speaking you the appearance and temperament of a Golden Chow depend on the parents and their genetics.

Either way, your Golden retriever Chow mix will have characteristics from both parents. However, they will lean toward one parent more than the other.

We can vaguely say that if you get a puppy that leans more towards a Golden retriever personality, it will be very loving and friendly. Their friendliness won’t stop with strangers either. In short, they will have many of the amazing personality traits of a Golden..

If you however get a puppy gets more of the Chow Chow traits, however, they won’t be as friendly. Chow Chows are usually very rotective of their homes and are suspicious of anyone who enters.

What you can expect from your Golden Chow is that it will be a very loyal guard dog, that will love you and crave your attention.

The Golden Chow needs 30 minutes a day of exercise, so you could say that they have a moderate activity level requirement.

The best way to get some exercise in is through play time and games such as fetch or tug of war. Besides this fun activities like swimming, or going for a jog or a hike are also great options.

As you can see Golden Chows are definitely no couch potatoes.

When it comes to training, it won’t be easy. The Chow Chow is a very stubborn breed, and chances are your Golden Chow will inherit some of that stubbornness too!

This means that sometimes they will choose not to listen to you, even if they know what they’re doing is wrong! In these situations, you will need to stay firm and let them know who the Alpha is.

ALSO READ How to train your dog to walk on a leash and much more! Training tips

Because they are so stubborn obedience training should be don while they’re still a puppy.

Golden Chow’s are healthwise quite healthy dogs. However, as it usually is with larger breeds they are prone to hip, and joint problems and good develop hip dysplasia later on in life.

This does not mean your dog will get any of these illnesses, but just to be on the safe side ask your breeder for the parents’ certificate in order to know how their health is.

Another issue that might arise is fleas. The Golden Chow because has a quite thick coat, so it’s very likely they will get fleas unless they get adequate shots and medication to prevent fleas in the summer.

Other health issues to look out for are heart and eye problems and bloating which might occur if your dog is overweight.

In conclusion, the Golden Chow is a great mixed breed, however they are not for the couch potatoes among you.

Also, they might not be the best choice for first time owners, because they can be a bit stubborn and need a firm and strong hand to show them how they need to behave. 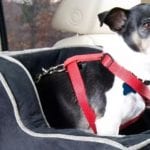