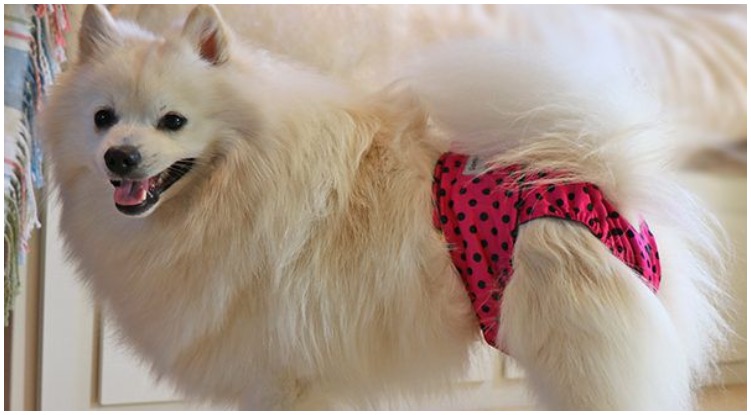 If you’re the lucky owner of a female puppy you have to be prepared for their heat cycle. It’s kind of similar to a woman’s menstrual cycle, but these lucky canine ladies only have to go through it two times a year. One of the signs that your dog started her heat cycle is bloody vaginal discharge. If you’re wondering – How long does a dog in heat bleed, keep on reading.

Timing of the Heat Cycle

If you want to read a more detailed article about the different stages of heat, click here. You can read how long each takes and how long a dog stays in heat overall.

But in short – your dog can go into heat any time between six and twenty four months. A general rule of thumb is that smaller dog breeds go into heat faster than larger ones.

The heat cycle usually happens every six months, so basically two times a year. The seasonal timing of the two estrus cycles is typically between January and March and August to October.

During heat, your dog will go through different changes. Not only physically, but mentally as well. She will start acting clingy, possessive and attention seeking. At the start of the heat cycle, she may be showing aggressive behaviors when meeting male dogs. However, during the mating stage she will attract males and look for their attention.

When it comes to physical changes however, the most visible one is the swelling of the vulva. You will notice your dog licking her vulva all the time. Bloody discharge is also very common. However some dogs clean themselves up before their owners even notice any discharge at all.

So we cleared up that there is some bloody discharge during the heat cycle. But how long does a dog in heat bleed? Well, it depends.

The proestrus stage lasts for about ten days. This is the time when your dog starts bleeding from her vaginal area. Your dog is basically preparing for pregnancy — one of the possible outcomes of the heat cycle. This is not the time when your female dog feels the desire to mate with male dogs. She isn’t ovulation and still not ready for fertilization. That’s why some female dogs may display aggressive behavior towards male dogs.

How to clean up the bloody mess

If the bleeding somehow worries you — we’ve got you covered. You can keep your home clean, however it will require some tricks.

Like we already said, some dogs will just quickly clean up herself. However, even if she does that, it’s still possible to find some spots of blood around the house. Especially if your dog shakes her body like after a bath.

If you don’t have carpet floors, it will be relatively easy to simply take a mob and a bucket and clean it up. Lay down an old towel on your dog’s bed and favorite napping spot. Some owners even buy special dog underwear for their female dog’s in heat.

The next stage in the heat cycle is the estrus stage. It lasts between five to nine days. This stage is quite difficult as your female dogs feels the strong desire to mate with male dogs. If your don’t want for your dog to end up pregnant, you will have to be incredibly careful.

So if for any reason you don’t feel ready to breed puppies, make sure your dog doesn’t come in contact with other male dogs. Take walks when and where there aren’t a lot of other dogs around.

You also have to understand that your dog’s desire to mate is incredibly strong — so leaving her unattended may end up in her escaping to finally find a male to mate with.

The diestrus phase then follows. It happens whether your dog ends up pregnant or not. It lasts about six to ten weeks. The uterus wall of your dog thickness, and phantom pregnancies may happen. One sign of this are enlarged mammary glands and in some cases even the production of milk.

Soon after, the anestrus phase begins. It lasts for about 15 weeks. During this time your dog will have no interest in mating. Her vulva will go back to it’s normal size, and her behavior will switch back to normal. This will last until she reaches her next proestrus.

The heat cycle of dogs is very similar to the menstrual cycle that women go through. And just like with menstruation, dogs have bloody discharges too. How long does a dog in heat bleed depends on a few factors. If your dog likes to keep herself clean, you might won’t even notice she had any discharge at all.

However even if you do see some bloody drops on your floors, in most cases it will be easily cleaned up with standard detergents. 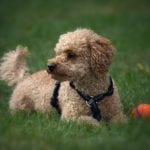 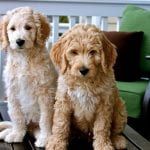