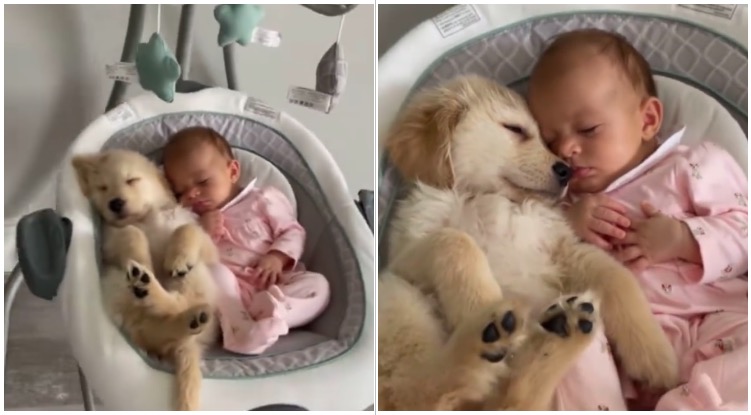 If you think that Joey and Ross were the best nap buddies in history, think again! Because we definitely have made our choice – and our choice is this golden retriever puppy taking a nap with his baby sister.

In a video that was posted on Instagram, a golden retriever puppy was filmed with his newborn sister on a baby swing taking a well deserved nap. The video is about to break the Internet with the amount of cuteness it contains. It was only recently posted but is already quite popular.

It was originally posted by the account @norby_bear, where it was viewed over 35 k times. But the video was reposted by a bunch of golden retriever dedicated accounts where it went viral.

The video shows golden retriever puppy named Norby. And he isn’t only famous for taking naps with his baby sister, but for the other cute and fun content that his owner post on his Instagram account. Make sure to check him out and don’t forget to hit that follow button. 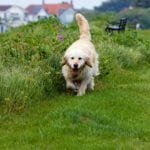 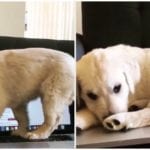