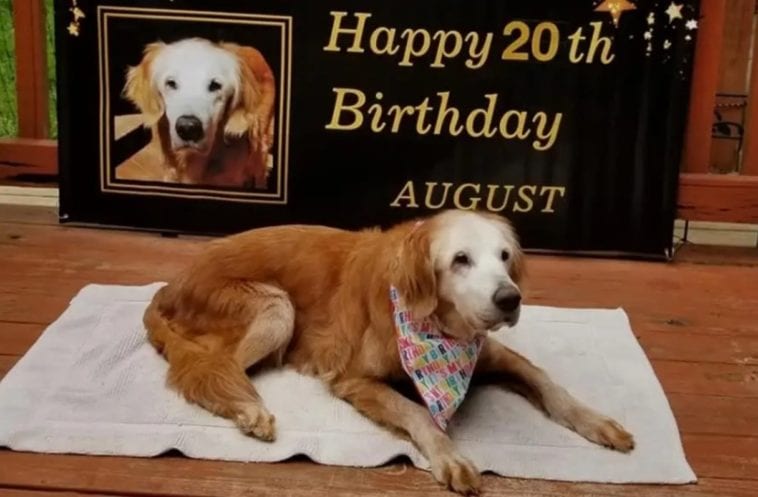 Oldest Golden Retriever In The World

Jennifer and Steve Hetterscheidt couldn’t even dream that they would have the oldest dog in the world when they have adopted then 14-year-old August. However, on April 24th last year, Augie celebrated her 24th birthday.

While there is no official confirmation from Guinness World Records, according to the Hetterscheidts, Augie is the 19th oldest dog and oldest Golden Retriever in the world.

In an interview with the Insider, Jennifer explained that Augie’s previous owner was going rough the hard times, and the dog was left in the shelter. Jenifer was actually working as the intake director at The Golden Retriever Rescue Southern Nevada when Augie came into the shelter.

At that time, Augie was already 14 years old, well above the expected Golden Retriever lifespan. Therefore, Hetterscheidts decided to “foster her forever,” since they understand no one would adopt a Golden at that age.

Hetterscheidts didn’t expect August to live long. However, two years later Augie was still defying her age and going strong. So, Jennifer and Steve decided to adopt her.

The couple later moved from Nevada to Tennessee where they live today. Six years after adoption, Augie became a world star. On April 24th, 2020 August celebrated her 20th birthday, becoming the oldest known Golden Retriever in the world.

Hetterscheidts attribute Augie’s longevity to good genes. They say she eats “normal” food like all other Golden Retrievers. Even though August is a lot slower than she used to be, she is still in good health. Jennifer revealed that Augie had a minor kidney failure (stage 1 out of 4 stages). After a while, it went up to stage two. However, after feeding her special food for her kidneys, the stage hasn’t gone any higher.

Augie Is A Blessing In Disguise

Augie has been a blessing in disguise for the couple and it will be hard for them to continue after she crosses the rainbow bridge. She enjoys being a part of the pack and loves watching TV at night. This amazing dog has brought so much happiness and joy to her owners. So, let’s pray she lives for many more years. Long live Augie, you amazing, beautiful Golden Retriever. 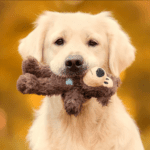