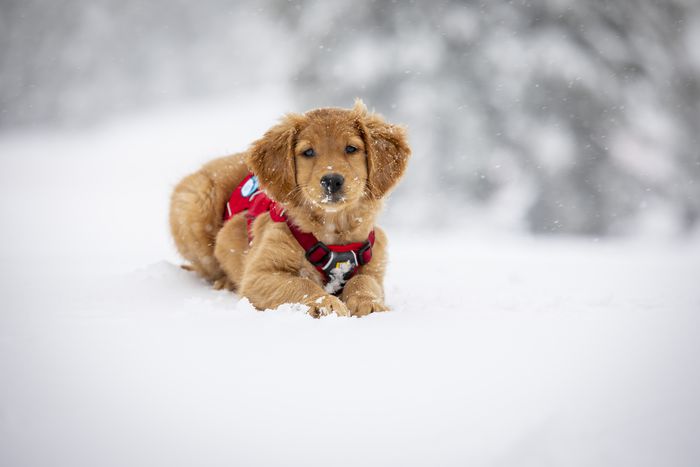 The most popular visitor at the Mt. Bachelor ski area west of Bend this winter might be Shasta, a 10-week-old golden retriever training to become the resort’s next avalanche rescue dog.

For the past two weeks, skiers and snowboarders have enjoyed seeing Shasta get familiar with the mountain.

Shasta’s handler, Drew Clendenen, a ski patroller at Mt. Bachelor for the past nine years, walks her around the resort’s base area and takes her on snowmobile rides. Soon she will learn to ride a chairlift, Clendenen said.

By next winter, Shasta will be trained to find someone trapped under the snow.

“The end goal is you have a dog that uses its nose to smell someone that could be 10 feet in the ground,” Clendenen said.

Shasta is the 16th dog to join Mt. Bachelor’s Avalanche Rescue Dog Program, which started in the mid-1990s. Shasta joins three other rescue dogs in the program — two 8-year-old golden retrievers, Mango and Banyan, and a 9-year-old black Lab, Riggins.

Betsy Norsen, director of mountain operations at Mt. Bachelor, said golden retrievers and Labs make some of the best avalanche rescue dogs because they are agile and have a strong drive. Finding a person under the snow is fun for the dogs, and they are rewarded with a treat or toy when they accomplish the goal, Norsen said.

“They are actually better at traveling over avalanche terrain than humans on skis,” Norsen said.

The ski patrol staffers call the dogs their backup insurance plan. Typically, two dogs are at the mountain each day, but are hardly ever used for rescues since avalanches are rare at Mt. Bachelor, Norsen said.

For example, Riggins has been a part of two rescues in his 9-year career, called upon to confirm nobody was trapped under a slab of snow.

Mostly, the rescue dogs spend their days training with their handlers and doing demonstrations for school groups and the resort’s periodic safety awareness presentations.

“We keep them here just in case,” Norsen said.

Mt. Bachelor has an avalanche reduction plan that keeps terrain closed in dangerous conditions and has staff use explosives to jar loose snow on a slope. The prevention dramatically limits the amount of avalanches at the ski area, Norsen said. 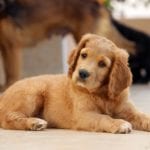 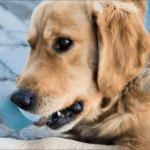