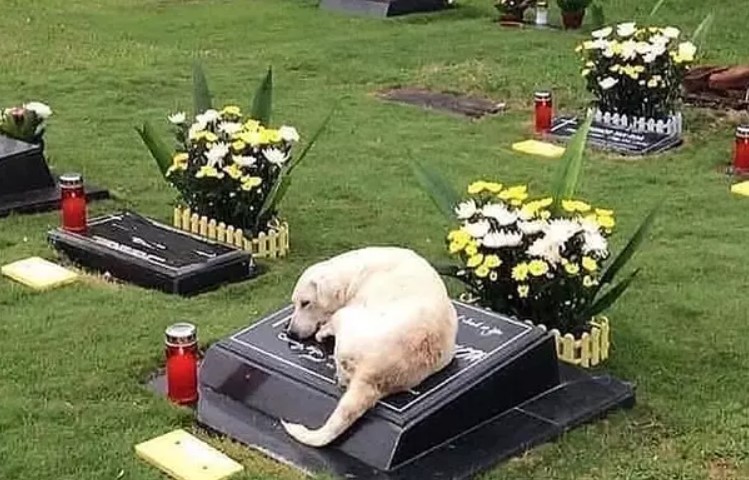 Dogs stay loyal to their owners even after their deaths

We, humans, see dogs as our family. Some might say they are just canines but to us, they are so much more. It’s simple, we must love dogs because they are our most loyal companions through the years. They give us support in their own special way. And most importantly they are always there for us. It’s difficult to put in words how much our dogs actually mean to us. But as a dog owner yourself, I am pretty sure you already know.

Through out the years we have heard so many stories of loyal dogs who stay by their beloved owners side even after they have died. They visit their graves or wait for them on their usual spot. Like Hachiko did for example, that waited for nine years after his owner’s death for him to return.

Recently we’ve old you the story of Gunner and his veteran owner who died within just a few hours of each other. You can read the heartbreaking story HERE.

Today I would like to tell you more stories of stayed loyal to their owner despite everything. This is going to be a very emotional and sad ride, so please prepare some tissues, you are going to need them.

I want you to see how great a dog’s love is. I will do this by showing you examples of extraordinary dogs and by sharing their story.

In February this year a story of a dog who stayed with his dying owner make Internet users cry.

Two days after he went on that hike and got lost in the snow Deshon was found dead
His daughter Shona however claims that her father didn’t die alone.

“He didn’t die alone at all,” says Shona.

You see, david’s dog named Baby Dog was found next to him. The good boy stayed on his owner’s chest to keep him warm…

“The dog would not let the rescuers, the sheriff, anybody near my dad. So they had to go get a gentleman who lives on the property that knows Baby Dog, so they can go get my dad and bring him to me,” Shona said.

2. The dog who stayed by his owner’s side for 11 weeks

Do you know the story of Ruswarp (pronounced “Russup”)? Ruswarp was a 14-year-old Border Collie who loved nothing more than to go on hikes with his owner Graham Nuttall.

Sadly, after one such walk in January 1990 Graham did not return home. His neighbors noticed this so a search party started looking for Nuttall and his pup. However, even after a week, they found nothing…

It wasn’t until 11 weeks later that another hiker, David Clarke, found Nuttall’s body… What surprised this hiker however was the fact that Ruswarp had stood guard over his human’s body through the winter chill trying to keep him warm.

Sadly, poor Ruswarp didn’t survive long after being found. The good boy died shortly following the funeral of his human.

This Border Collie truly proved his love and loyalty and in 2009, a bronze statue at Garsdale Station was, a railway station on the Settle and Carlisle Line, was put up in his honor.

Isn’t this the best example of why we must love dogs?

3. The dog who wouldn’t leave his owner’s muddy grave

If you haven’t cried by now, you definitely will after reading the story of Leao (which means lion in Portuguese).

Back in 2011, in Brazil, massive floods devastated a town near Rio De Janeiro. Sadly, the mudslides killed at least 600 citizens. One of those citizens was Cristina Cesario Maria Santana, who died along with her family. The only surviving family member was their dog, Leao.

When rescuers came to the area looking for survivors they saw Leao digging into the earth. In the spot where Leao was digging, they uncovered the bodies of his whole family…

Leao was so heartbroken by the loss of his human that he would not leave their side, sitting by their graves for weeks until an animal organization in Brazil came to rescue him.

4. Faithful Fido shows us why we must love dogs

The friendship between Fido, which means “faithful” in Latin, and his beloved human begun in World War II, precisely in 1941. One day, after going home from work, Carlo Soriani from Borgo San Lorenzo, Italy found an injured dog.

Carlo couldn’t leave him to die by the roadside so he took him home and slowly nursed him back to health. After some while, he and his wife couldn’t imagine life without the pup, so they took him in and named him Fido!

Fido and his dad had such a strong bond that he would follow his dad to the bus station at Luco di Mugello every day. The faithful dog would wait there until Carlo returned from work. This happened for the next two years until a bombardment occurred at the factory where Soriani worked.

Sadly, Soriani didn’t make it, but his loyal pup, Fido, didn’t know this. Fido spent the next 14 years of his life waiting at the bus station hoping to find his beloved dad. The poor dog died waiting for his human.

See also  Boston Terrier: What makes them so popular?

A monument was built in Fido’s honor and placed in the city square a year before his death.

5. The dog who slept on his owner’s grave for twelve years

The story of Captain the German Shepherd is a specially sad one. You see, Captain waited on his owner’s grave for twelve long years.

The story of the friendship between Miguel and his German Shepherd Capitan is short but filled with love. In 2005 Miguel adopted Captain, however, he had Capitan only for a year before he died.

After Miguel died his family took Captain in, but soon after the funeral, the pooch disappeared. No one knew where Capitan went for months. This is until a groundskeeper where Miguel was buried found the dog lying on his human’s grave.

Of course, the family was shocked by this especially because the cemetery was very far from their home. They couldn’t understand how Capitan could find it.

Capitan spent 12 years on his owner’s grave, every evening at 6 pm sharp, Capitan would lay on his human’s grave for the rest of the night! The loyal German Shepherd did this until his death in 2018.

After reading all of these heartbreaking stories you probably understand why we simply must love dogs! But you also probably wonder why do these dogs do that? Why do they stay at their owner’s graves? The fact is that we don’t really know if dogs understand death or what they feel when they are near their owners’ graves. One thing is for sure though, dogs can sense things we can’t! It’s possible they do know more than we do, however, we will probably never know for sure. If you would like to learn more about this topic please click HERE. 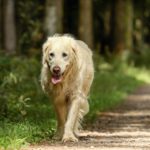 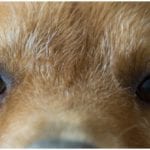