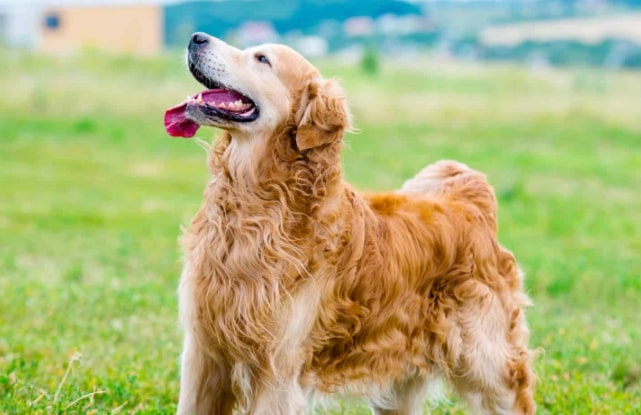 Weight plays a big role in your dog's overall health

Just like it’s with people, animals shouldn’t be underweight or overweight. Either one of these scenarios will potentially make your dog’s life much harder. But what is the right weight when we’re talking about Golden retriever weight? What is the ideal weight, and what is concerning?

If your Golden Retriever doesn’t fall into the suggested weight range above, that doesn’t mean that your Golden is not at a healthy weight.

There are many things that influence a Golden Retriever’s weight including, genetics, gender, lifestyle and spay or neuter status.

The reasons for a Golden Retriever to be underweight can be due to poor nutrition or underlying illnesses! These illnesses could be diabetes, thyroid disease, and cancer, age, and parasites such as worms and Giardia.

In puppies underfeeding or illness will affect their development and can prevent them from reaching their full potential.

A Golden Retriever that is underweight for a long period of time is at risk of the following:

Obesity in dogs is a huge health threat, and unfortunately, Golden Retrievers are at high risk of becoming obese.

According to a 2018 study done by the Association for Pet Obesity Prevention, it is estimated that 56% of dogs in the US are overweight or obese.

Obesity can be caused by your dog consuming more calories than they are burning, as well as medical conditions such as Cushing’s Disease, Hypothyroidism, and a slower metabolism due to age.

Carrying around excess weight can put your Golden Retriever at risk for the following: 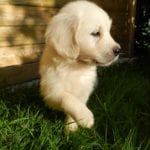