Well, there are many reasons for this. First and foremost the past of these two powerful dogs. Both, the American Pitbull Terrier and the Rottweiler were used for brutal and illegal dog fights! Even today there are still people who organize dog fights and those who enjoy these fights. However messed up that sounds for us dog lovers, it‘s the sad reality.

Another reason why the Pitbull and Rottweiler are so negatively perceived is closely connected to the first reason. Because of the brutal dog fights that were organized, and the fact that these dogs had to be aggressive and fight for their lives, the stigma that they are dangerous fighting machines still lives on. But the truth is, they are far from being aggressive or dangerous. If trained and socialized properly you should not have any issues with your Pitbull or Rottweiler.

In this article, we will cover some facts and fun facts about the Rottweiler Pitbull mix, as well as answer frequently asked questions about these two breeds, in hopes of portraying them in a better light.

Facts about the Rottweiler Pitbull Mix

Pitweiler or Pittweiler is the name for the crossbreed or mix between the American Pitbull Terrier and Rottweiler. Pitweiler is not the only name these adorable pups go by. Their other names include RottenPitt, Prott, Bullrott, Rottbull, and Rottie Pit. But, let‘s be honest, Pitweiler sounds the best.

We‘ve mentioned it before, but it won‘t hurt to state again that the Pitweiler is a designer dog. This means that this dog was bred with a specific purpose – to transfer the best qualities of both parent breeds onto the offspring. 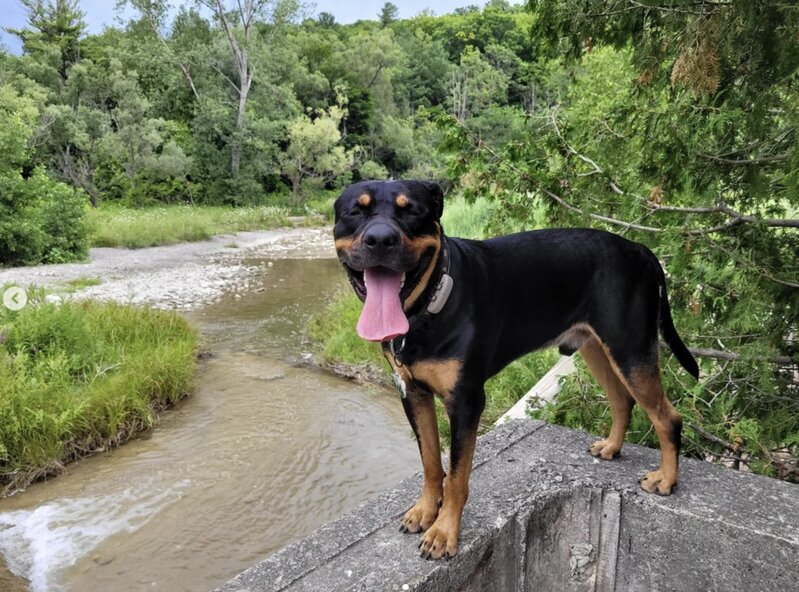 Besides knowing the name the Pitbull Rottweiler mix goes by, you should also know that because of their strength, energy level, and intelligence this is not a dog for first-time dog owners.

Lastly, we should state that the Pitweiler is not accepted by the American Kennel Club, just because of the fact that this is a designer breed. The AKC for short only recognizes purebred canines.

Both the American Pitbull Terrier and the Rottweiler have a muscular build and are generally strong dogs. Both parent breeds also have a high prey drive, so it is normal to wonder whether Pitweilers are aggressive.

Generally speaking, there are not many breeds that are naturally aggressive, the dog‘s temperament is a reflection of the owner. There are other factors that affect the temperament of any dog, for example, genetics, upbringing, early socialization, and environment. Potential dog owners need to be aware of this as well before getting a dog.

Now, typically a Pitweiler is not aggressive. A well-trained and properly socialized Potweiler is loving and follows his family around the home while they are around. These are incredibly energetic and lively dogs. They are always moving and need a lot of movement and toys to play with.

This is not a large barker and normally only barks when something needs to be alerted to. Even then, it generally only takes one or two barks to get your attention and alert you that anything is amiss. Their barks, however, are deep and loud. Pitweilers normally keep their distance from strangers. They need a lot of good socializing while they are young.

Rottweilers shouldn’t be aggressive. The Rottweiler standard is that these dogs are calm, have no fear, and are brave and unapologetic. He loves his family and follows them around the house when they are there. This dog is not one that gets upset easily.

As a natural protector of his family and things, he should never take part in an unjustified attack on another person. The Rottweiler is smart and can adapt to different situations. 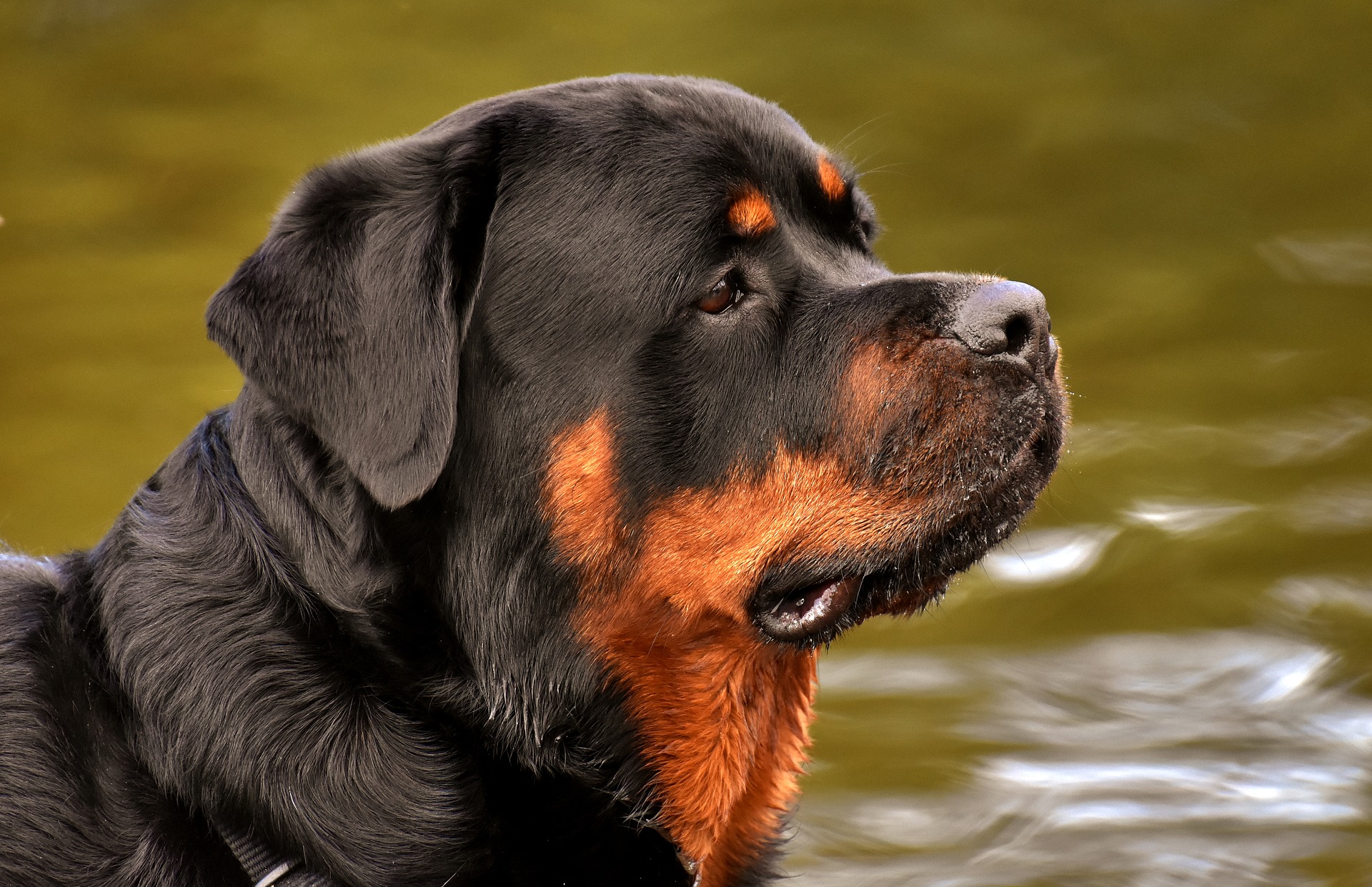 Lastly, they tend to stay out of the way when they are around strange people. Basically, they like to wait and see what happens.

Despite their past, Pitbulls are by nature not aggressive dogs. Most American Pitbull Terriers are happy, playful pets that are kind and patient with everyone in the family. They are usually good dogs, but it is important to mention that every dog is different and has its own personality. As with any breed, there are some exceptions to this rule.

These dogs love people, but they don’t know that they are too big to be lap dogs. They are great watchdogs because they will let you know when strangers come to visit, but this is not out of fear, usually, this is mostly because they are excited to see “their” guests.

Also know that Pit Bulls love people too much, so they don’t make great guard dogs. But, they are very brave and will risk their lives to protect their families.

Pitbull mixes, including the Rottweiler Pitbull mix are great family dogs! They are kind, loving, and protective. At the same time, they enjoy being around people and pleasing them. You should know that they require plenty of exercise, so that they would fit perfectly into an active household. They need a family that will fulfill their exercise needs.

But let‘s take a closer look at each parent’s breed and how they are with kids.

Are Rottweilers good with kids?

Are Pitbulls good with kids?

Yes, Pitbulls love kids and make wonderful family pets. Pit Bulls have a bad name, but they are loyal, people-oriented dogs that do best as part of a family. They show affection to both adults and kids. But, we also need to remind potential dog owners that all kids should be taught how to treat animals and should be watched when they play with any animal.

5. How do you train a Rottweiler Pitbull? Is the Pitweiler trainable?

The Pitweiler is a very trainable and smart dog. But, because of their strong nature, they will need a firm hand during training. When we say a firm hand we don‘t mean that you have to punish your dog if they don‘t learn immediately. In fact, positive reinforcement is the way to go when training any dog.

Extra tip: The Pitweiler has a very strong nature, so please don‘t let your dog run around off-leash and without any supervision when you are at the dog park.

According to the facts about the Rottweiler Pitbull mix we know you should be aware that the training of these dogs is an ongoing process, from puppyhood to adulthood there will always be a need for training. It is worth mentioning that the Pitweiler needs a great deal of brain stimulation in addition to their regular physical activity. At least half an hour every day dedicated to practicing obedience should be sufficient.

6. Do Pittweilers have health problems?

When designer dogs came to life one of the main goals was to create healthier dogs. But, somewhere along the road dog breeders seem to have become greedy and forgotten this goal. They started breeding dogs with just one thought in mind – getting rich. 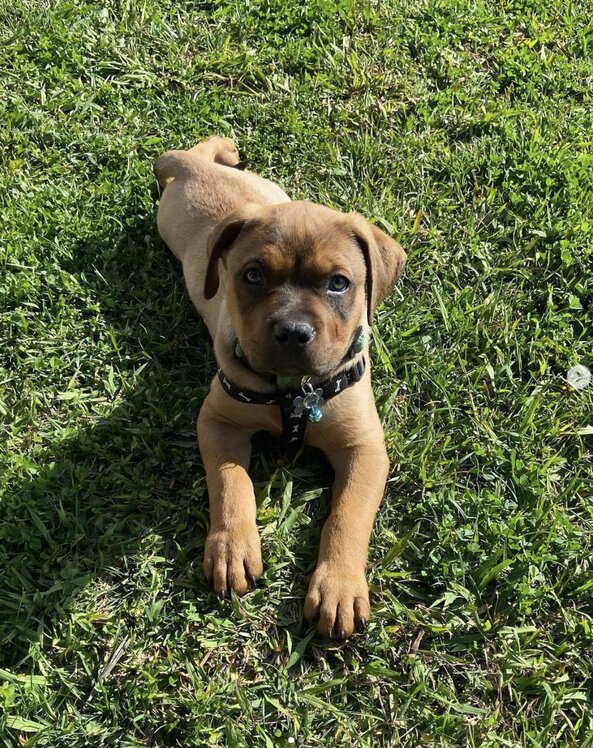 If we take a Labradoodle as an example. Thanks to the Poodle parent, combining a Labrador Retriever and a Poodle will result in a dog that has a longer life expectancy, around 15 years. Which is a lot better than the 12-13 years a Labrador Retriever usually has. But, the resulting dog also inherits the health issues of both parents such as Hip Dysplasia, Arthritis, deafness, blindness, and so on.

Health problems of the parents

So, it is important to keep big health problems and smaller health issues in mind not only when getting a Rottweiler Pitbull mix dog, but any designer breed in general.

But let‘s circle back to the Pitweiler. Because both parents have a long list of possible health issues the Pitweiler puppy can inherit many of them.

Most common health problems of the Pitbull breed:

Most common health problems of the Rottweiler parent breed:

This means that the Pitweiler puppy has many health risks and is prone to all of the above-mentioned health problems.

1. What two breeds make a Rottweiler?

2. Are Rottweilers a Bully breed?

Yes! Rottweilers are classified as a bully breed, just like Bulldogs and Pitbulls.

3. What two dogs make a Pitbull?

4. How much do Pitweilers cost?

A Rottweiler Pitbull Mix puppy from a reputable breeder will typically cost between $500 and $1,000. This range represents the market average. With that being said you need to make sure that the breeder from whom you buy a Rottweiler Pitbull Mix puppy is respectable and trustworthy, and that they have the welfare of the dog in mind when they breed.

It depends on where you live. There are states and countries that have made them illegal because people are upset about how aggressive and violent both parent breeds supposedly are. For example, the United Kingdom, Denver, and Colorado made them illegal, while they are legal in most of Canada, Chicago, and Illinois. As a future dog owner, it is up to you to do your due diligence and research well if the Rottweiler Pitbull mix or Pitweiler is legal in your area. 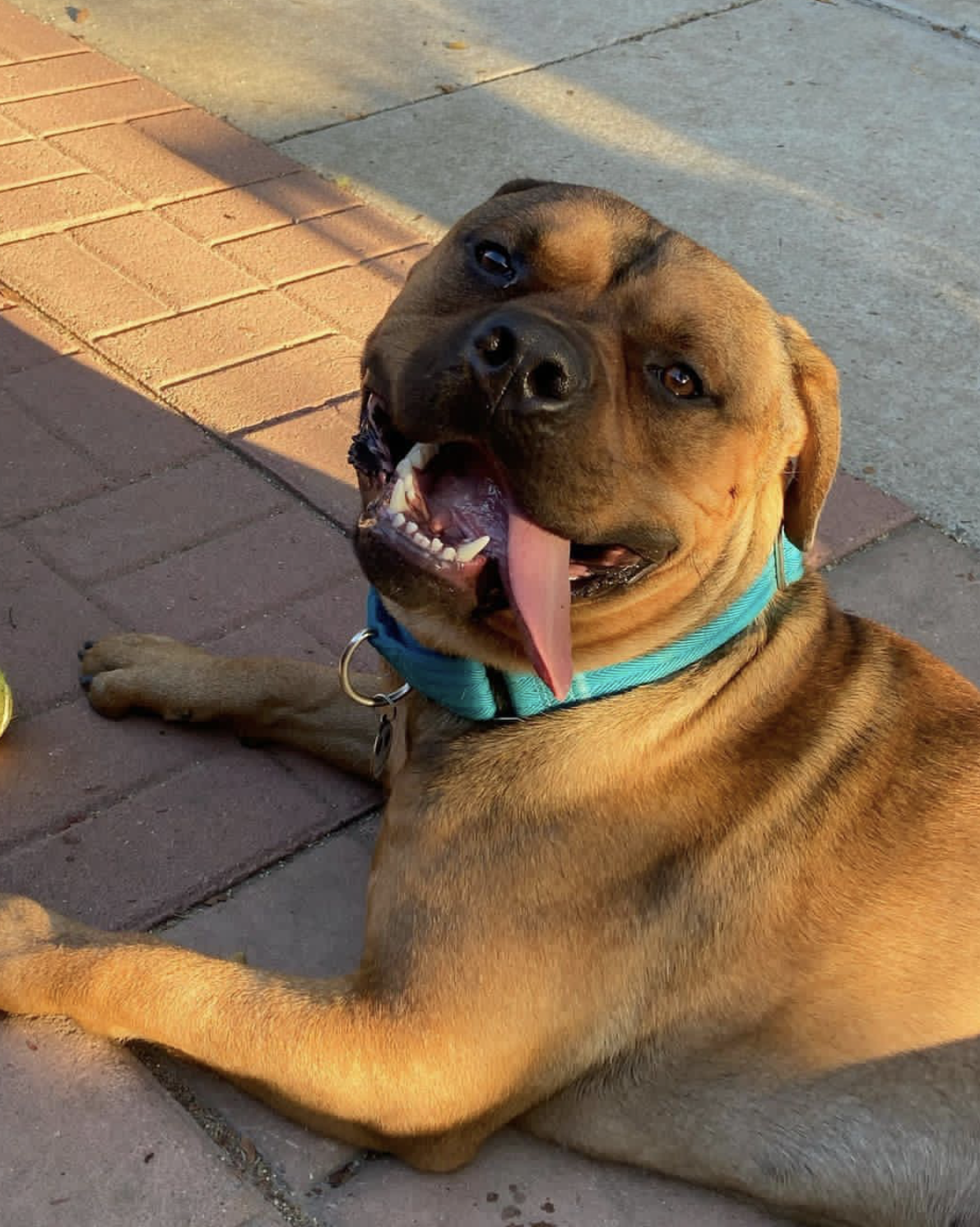 So, before you bring your new puppy home, set up an appointment with the local laws to make sure that your family dog won’t be taken away.

6. How long does the Pitweiler live?

We‘ve said that the list of possible health issues of the Pitweiler is long, but generally speaking, these dogs are quite healthy and should have a long life. The average lifespan of Pitweilers is usually between 8-12 years, which is normal for all larger dogs no matter if they are purebred dogs or designer dogs.

The best way to give your dog a long and healthy life is to pay attention to its diet and incorporate supplements. There are many options when it comes to a dog‘s diet, you could feed them only kibble, cook for them or stick to a raw food diet. But, whatever you choose, get the highest quality of food, make sure it consists of all three macronutrients, and stick to it.

7. What is the best Pitbull mix?

We can‘t tell you what the best Pitbull mix is. The answer depends on what you are looking for in a dog and what your expectations of a canine companion are.