The Cowboy Corgi is a very active dog

What’s the first thing that comes to your mind when you read Cowboy Corgi? For me, it definitely wasn’t a crossbreed between the Pembroke Welsh Corgi with an Australian cattle dog. No, I pictured an adorable Corgi in a cowboy suit. Something like this:

Adorable, huh? But, that’s not what we’ll talk about in this article. I know, I’m just as disappointed as you are…

In this article, we’ll learn more about the Corgi Blue Heeler mix. What these dogs look like, what they’re like, and if they would be a good pet for you.

Cowboy Corgi – What to know

The Corgi and Aussie cattle dog mix is becoming more and more popular. This is mainly because of their adorable looks and energetic personality.

But, just like it is with every other crossbreed, they are not accepted by the American Kennel Club. With them being crossbreed it also means there is a lot of controversy around them.

Many people are against mixed breeds, mostly because of sketchy breeders and because they are worried about the wellbeing of the dogs. Other people call hybrids a “glorified mutt”, which isn’t okay either.

But, to be honest, if someone wants a crossbreed and the dog is healthy and well, there shouldn’t be an issue or debate.

You know how it goes, when you mix two breeds there is no chance to know how the puppies will look like.

There are two things that are for sure about this mix, they are thick and they have short legs. But, that doesn’t stop them from being active.

Because of their double coat, they shed quite a bit. But, the shedding also gets worse once or two times a year when they are blowing their inner coat.

Another interesting fact about them is that they’re sometimes born without a tail. This is because of their Corgi parent.

Corgis have a docked tail, so if their genes are more dominant, then the Cowboy Corgi won’t have a tail. But, that doesn’t take away from their charm.

We read somewhere that the Cowboy Corgi’s nature is just like any other dog’s, but if they were on steroids. And that’s probably the best description of them.

This mix is small, but they are full of energy. They love to be outside and run around and generally move a lot. If they don’t get the physical activity they need, they’ll go crazy! And your furniture might suffer.

That’s why they might not be the perfect apartment dog. They simply need their freedom and a way to get rid of all that energy inside of them.

Even though they are small dogs they have a lot of endurance. So, feel free to take them on long walks, runs, or even hikes. No activity is too demanding for them.

The Cowboy Corgi is a herding dog, this means they are smart and can think independently. Because of their intelligence, they can learn any trick or command easily. But, one problem might be their stubbornness. You can fix that by staying firm when training them and being patient. Also, work on socializing them from early on. Early socialization is important with any breed. By exposing your dog to other people, places, and animals you’ll get a well-rounded and well-behaved dog.

Lastly, it’s important to know that this dog’s loyalty can’t be measured. It’s one of the traits they are known for. Which is another reason why you have to socialize them. If you don’t do that, they will see any unknown person or animal as a threat and will try and protect you. Even if there is no danger.

But, even though they are so loyal, if you socialize them properly, they don’t bark a lot. So, don’t worry about the whole neighborhood hating you because of your dog’s barking.

Many mixed breeds are usually healthier than their purebred parents. This is because breeders purposely try to eliminate all the hereditary health problems.

But, that doesn’t mean this dog isn’t susceptible to certain health problems. Just like any dog, there is the chance of them getting sick.

Taking good care of your dog and feeding them a healthy diet filled with nutrients is key in keeping them healthy. Also, take your dog to the vet regularly for check-ups. This way you can make sure you’ll spot health problems early on.

Another important part of keeping your dog healthy is taking care of their fur, basically grooming. We suggest you brush your dog daily, especially during the periods when they’re blowing their coat. Take them to the groomers for a trim regularly, and make sure to clip their nails. It’s also important to brush your dog’s teeth every day, or every other day.

You can find out more about canine dental care in our other articles:

Regular exercise is a must too. We’ve already said that they are active dogs. This means they need at least one hour of exercise every day. They also need mental stimulation. The best way to get both is to play fetch with them or Frisbee. Training can be another great way for them to get the physical and mental exercise they need.

To conclude, the Cowboy Corgi is a great dog with amazing traits. But they are not for everyone. Even though they are small, they still need just as much exercise as a German Shepherd or any other large breed.

This means they need an active family. People who love hikes and jogs, and basically any other physical activity.

It isn’t a must for them to live in a big home with a yard, but it would make it easier for the owners. If they can go out and run around in the yard whenever they want, then you won’t have to take them out so much.

But, if you live in a flat and still want this mix, just make sure they get enough exercise. Take them out a couple of times a day. Take them to the park, play with them and let them run around with other dogs.

Learn more about other Corgi mixes: 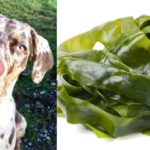 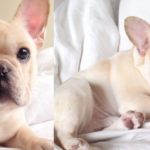