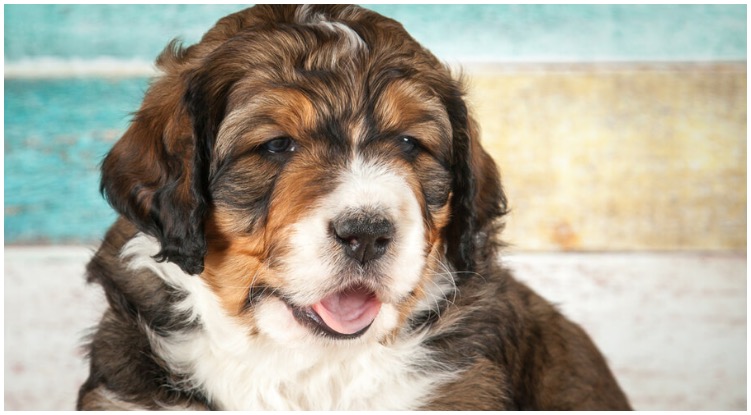 If you can’t decide between a Bernese mountain dog and a poodle, the Bernedoodle is just the right breed for you. Because it’s a mix of both. The fluffy hybrid dog, also known as Bernese Mountain Poo, is a good-natured companion. But it is also suitable for allergy sufferers.

By crossing the two breeds, the Bernedoodle can be the exact mixture of Bernese Mountain Dog and Poodle, as well as visually have a tendency to one of the two breeds. Furthermore, the size varies greatly according to crossing.

The origin history of most designer dogs is difficult to trace. Hybrid dogs have been around for many years, so the first crossing of a Bernese mountain dog with a poodle could be a long time ago. However, it is possible to determine exactly when this mating became a product of conscious breeding: Sherry Rupke from SwissRidge Kennels is now considered the first breeder. In 2003, she obtained her first litter of Bernedoodles and has since led a regulated breeding program around this hybrid breed with great success. The breeding of Bernedoodles has established itself worldwide to this day and is quite profitable.

Character of the Bernese Poodle

The Bernedoodle character also depends heavily on which of the two parent breeds prevails more. If the mixture is balanced, you will receive a friendly, open dog that is as playful and clever as a poodle. If the poodle personality is more dominant in your mix, your Bernedoodle may have an increased hunting instinct or be more energetic. On the other hand, if the Bernese mountain dog is the dominant part, the hybrid dog is rather calm and affectionate, a little less playful.
Both breeds like to be outdoors. With a Bernedoodle, you have a faithful companion for your outdoor activities at hand.

There are three size variations of the Bernedoodle. There is the Bernedoodle standard, a result of the crossing of a Bernese mountain dog with a standard poodle. It has a shoulder height between 58 and 70 centimeters and a weight between 30 and 40 kilograms.

Secondly, the Mini Bernedoodle is bred from the mating of a Bernese mountain dog with a miniature poodle. These reach a shoulder height of 45 to 55 centimeters and a weight between 11 and 22 kilograms.

Finally, there is the smallest version from the intersection of a Mini Bernedoodle with a toy poodle. This breed reaches a shoulder height of 30 to 43 centimeters and a weight between 5 and 10 kilograms.

The fur of the Bernedoodle is fluffy soft as that of the poodle. In addition to that it has the typical colors of the Bernese mountain dog. This results in interesting color combinations from the shades of black, white and brown. The coat is wavy and sheds very little. It’s pretty hard to tell if the Bernedoodle will be hypoallergenic like his Poodle parent.

The right diet for the Bernese Poodle

The amount of food for the Bernedoodle differs by weight class. You can find the right dog food in special pet shops. It is important to ensure that the Bernedoodle also needs different food depending on age and phases of life. Puppies and young dogs up to 12 months need a special food mixture.

After that, you can give your Bernedoodle adult food up to the age of 8. Once your four-legged friend has reached an older age, you should make sure that he now has lower energy consumption and thus requires less iron and protein. Therefore, switch to senior food from this age so that your dog does not reach obesity and its bones and joints are spared.

It is also important that you pay attention to high-quality dog food with a high meat content. Fresh meat also benefits your Bernedoodle.

Regular grooming is very important with the Bernedoodle. Their coat grows pretty long. If you want to grow out their fur, you should brush the fur every few days so that there is no tangling. Otherwise, the coat should be cut every eight to twelve weeks. In addition, you should pay particular attention to the nozzle of the fur on the ears and their corresponding cleaning, as this breed of dog tends to get ear infections.

When it comes to bathing, Bernedoodles love to play in the mud. That’s why you will probably have to give them regular baths

Also, especially with the larger Bernedoodles, you should make sure that your apartment is large enough. Optimally, you should also have a garden. They love to roam around and explore their surroundings. 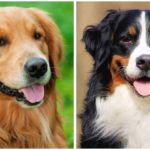