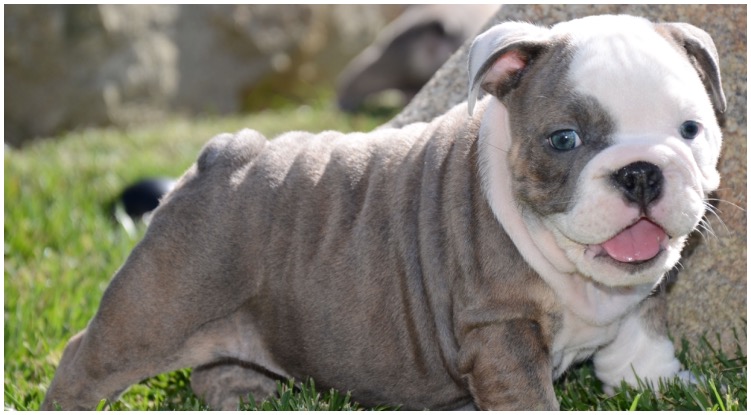 Are you looking to adopt an unique pet? If the answer is yes, then you might want to consider the Blue English Bulldog. This unique alteration to the standard English Bulldog is different from the usual brown-eyed dogs most people know and love.

If we just step asid from their blue-grey coat and the occasional blue eyes, these dogs have so much more to offer! For example, their small size, bruiser appearance, and lax physical activity needs are just some of the ways that make them so appealing.

What Is a Blue English Bulldog? Are They Really Blue-Colored?

Now, we’ll describe what is Blue English Bulldog and give an answer on question ‘Are They Really Blue-Colored? Let’s start! From its name itself, many would assume a blue English Bulldog has a solid blue color, right?. Hence the question goes, are they truly blue-colored?

Just to clarifly this, the “blue” coloration does not refer to navy or sky blue shades. Instead, it is a general coat description for a silvery-grey color with a distinct ice sheen.

All Types of Blue English Bulldogs

If you didn’t know, blue English Bulldogs are considered a as rare color. However, what’s interesting to note is that they are actually black dogs whose coat color has been diluted by generational breeding.

It’s the gene that plays a key role. If a dog carries the seal gene, which causes maroon or other color undertones, the blue/grey coat should be glossy and appear grey against black objects or in the light. Please, be careful not to confuse the color with black!

Now, we’ll show you some of the most common color variations of a blue English Bulldog below.

First of all, a blue merle English Bulldog presents itself in a variety of colors. Basically, they have a white base with light and dark gray markings. However, many often, there are also patches of tan and black on their coat. These patches can be in any size or shape, found in various parts of the dog’s body.

The next variation is Blue Brindle Bulldog. They boast a visible blue or grey coat with traces of brindle. Specifically, brindle stripings are visible on the top of the head and the chest or back area. Usually, these appear to be blue and fawn stripes with various white markings.

Now you are probalby wondering isn’t this just a Blue English Bulldog? The blue-grey English Bulldog has a dilute bluish-gray coat, from dark grey to light grey. Their coat usually goes with white or tan color around the face and the chest. The differences are really small.

Just to clarify at the beginning. The Blue Olde Bulldogs were developed to inherit the traits of the extinct Old English Bulldog (athletic, agile, and bull-baiting). So let you know that these dogs made their first appearance in the United States in the 1970s. The coat of these dogs has a blue/grey tone that shines in the sun and looks grey against black objects.

As we mentioned above that in most dogs, a blue-colored coat is due to a recessive gene known as the dilution gene. The dilution gene affects eumelanin, a dog’s primary pigment with a default black color.

However, different color variation in English Bulldogs occurs as genes modify eumelanin to create other colors, including blue (grey).

If you didn’t know for blue English Bulldogs, the genetic locations or Loci is called D for dilution and it is responsible for diluted pigment that lightens coats from black or brown to gray, blue, or very pale brown.

Just the bulldogs with the “d-d” genotype will have a blue or dilute coat color, as it usually takes two recessives (dd) to lighten black to gray pigment or blue and red to cream shade.

In the end to sum up, the d-d genotype mentioned above makes up the blue English Bulldog variations: blue brindle, blue fawn, blue with tan points, blue sable fawn, etc. So, are you thinking about getting one of these? Just go for them, you won’t regret 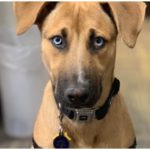 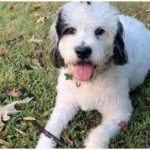