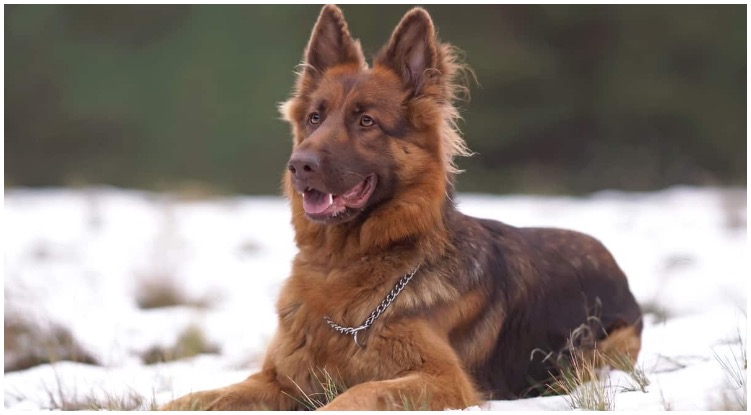 You probably have already seen a German Shepherd. They are everywhere in the world. They are one of the world’s most popular breeds, but they’re best known for their signature black & tan coats. But have you heard about the Liver German Shepherd?

What Is A Liver German Shepherd?

Now you are probably wondering What is a Liver German Shepherds? They are exactly the same as the GSDs you know and love, the only difference being a unique coat color. Most often, they are a solid brown color but they also come in combinations of liver & tan and liver & white.

As we mentioned in many articles, dogs have thousands of different genes, but only 8 affect the color of their coats.

Now, we’ll explain the process. The brown color is associated with the B locus, which comes in two forms: the dominant brown (B) and the recessive brown (b). B produces the color black while b is responsible for the liver color. Pretty simple, huh?

However, the presence of b doesn’t necessarily produce a liver-colored dog – not simple anymore. Also. when a dog has the combination Bb, it would take the color of the dominant allele (the capital letter).

So, in that case, the dog would still be black but would pass down the recessive b to its offspring. To conclude the whole situation, if you want to produce the liver color, the dog should have the combination bb. So, the only way to guarantee a liver-colored litter is to mate two liver-colored GSDs.

How Rare is the Liver German Shepherd?

After explaining the difficulties of getting a Liver German Shepherds, we can say that they are rare for two reasons. First, there are only a few genetic combinations that produce them which we mentioned above. Since it takes at least 1 liver-colored parent or two parents carrying the allele to produce liver offspring, they are understandably uncommon.

And second, legitimate breeders don’t have much incentive to propagate this color because dog clubs consider it to be an undesirable trait.

Is the Liver German Shepherd purebred?

We can say with hundred percent – Yes, liver German Shepherds are purebred. Since they’re different from the usual appearance of their breed, many believe that liver-colored GSDs are not purebred.

However, they are definitely pure as long as they are the offspring of two purebred German Shepherds. No GSD can be considered a mixed breed unless at least one of its parents is actually a mix.

Does the AKC Recognize The Liver Coat Coloring?

Also, for this one, we can say – Yes, the liver color is listed in the American Kennel Club’s list of recognized German Shepherd coat colors. What does this mean? This means any liver GSD can be listed in the AKC purebred registry and may participate in the organization’s events.

Typical Attributes Of The Liver GSD

We’ll now mention a few attributes that are linked to Liver GSD. Liver German Shepherds are light-colored where the typical GSD would be black. Also, the liver coloring might cover their entire coat or just the saddle.

However, their nose, paw pads, lips, and eye rims might also have a light brown or even pink color. In addition, their eyes are noticeably lighter and typically have an amber-hue.

How Much Does A Liver German Shepherd Cost?

In general, German Shepherds are sold between $450 and $1,900 per puppy. On average, GSD’s cost approximately $1,200. So now you might think that liver German Shepherds might be priced at the lower end of the price range because of how they’re viewed by the AKC, the opposite is true.

In the end, you should know that Liver-colored GSDs are actually quite expensive because they are so rare. If you find reputable breeders that specifically endeavor to produce this color, you can expect their puppies to be even more expensive because of their more responsible breeding practices and guaranteed information from the breeders. So, if I’m you, I’d definitely keep my eye on this breed as a potential future dog. Who doesn’t want a German Shepherd? 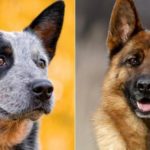 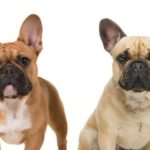