Golden retrievers come in so many mesmerizingly beautiful colors!

Golden Retrievers are a very special breed of dog. They are very smart, loving, kind, and silly. However, did you know that there are different types of Golden retrievers who all come in different shades!

To some, it might seem that Golden Retrievers look very similar, almost like there is no difference in color. However, the breed actually has three different colors: golden, light golden, and dark golden. There are also three different types of Golden retrievers: English, Canadian, and American.

In short, there are many differences between these three types. I’m going to explain them in short, but if you’d like a more detailed explanation and all the differences please click HERE.

Canadian and American Golden Retrievers tend to have the same build; however, Canadians have a thinner coat than the Americans.

English Golden Retrievers have a stockier build than the other types, and also tend to have a light golden to white color.

Just like us humans, Golden Retrievers have different complexions due to genetics and pigmentation that determines the tone and shade of their fur.

Also read: Why are my dogs eyes watery? – Eye discharge

The color of a dog is determined by genes that control the production of melanin named Phaeomelanin. However, there is no exact science to know what color a golden retriever puppy will grow into.

Like we stated a dog’s fur color depends on genetics and genetic inheritance that the animal gets from both parents. The idea of ​​an individual inheritance by Johann Mendel is what laid the foundations of inheritance. The particles within a cell that control a certain trait are being transmitted to the offspring, and not the trait itself. This means that these particles retain their identity and separateness. They are passed down from generation to generation in an unchanged and constant form. So, the expression (phenotype) of a certain trait depends on the genes, on the dominant and recessive genes, and their combination.

Now enough with the science, let’s dive into all the different colors and types of Golden Retrievers.

To fully appreciate the diverse and beautiful range of Golden Retriever colors, it sure helps to see pictures of each color from very light to dark golden!

Also read: How Fast Can A Golden Retriever Run?

The most striking colors on a Golden Retriver might probably be dark.

The light golden coat color is darker than cream but lighter than the traditional gold coat this dog is so well known for.

See also  Can You Give A Dog Tums?

Also read: Albino Golden Retriever – What You Need To Know?

They have a level back and tail, ears that are more forward-set, with a wide and deep muzzle and more overall variability in height and weight between male and female dogs.

The red Golden Retriever has a particularly striking and memorable coat! Their coat overall tends to be shorter and straighter with less feathering on the limbs and tail.

The white golden retriever’s coat color is not actually pure white. It’s rather an extremely pale shade of cream that will look pure white under some lighting conditions. It is a very popular coat color among pet owners.

The white Golden Retriever may appear very close to pure white during puppyhood. With maturity, you may see subtle tinges of gold or cream appearing in the coat.

In conclusion, as you can see there are many different types and colors of Golden retrievers. However, even though there are so many types they have one thing in common, they are all amazing dogs. Golden retrievers make great pets for everyone, especially families with children. If you’re thinking about getting a Golden retriever or which type to get, do it! It doesn’t matter which you chose, you won’t regret it and they will become your best friend! 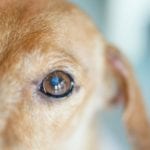 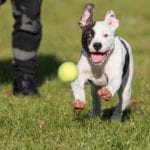