The Malinois X is a new mixed breed. This designer dog is a smart, kind, and energetic dog. It seems like they got all the best traits from both parent breeds.

But, we have to be honest. We don’t know much about this mix. We do have a lot of info on its parent breeds. So, by looking at the parent breeds, we can get an idea how the Malinois X is like.

Belgian Malinois German Shepherd Mix – What you should know

The Malinois X is a dog worth talking about. They have so many traits that make them great dogs. And they don’t only make good working dogs, but good family dogs and companions too. It’s not only their nature you’ll love, but their looks too.

First, let’s focus on what they look like. How big they are, what their coat is like, and so on.

Male Malinois X dogs are large dogs. Just like its parent breeds. The male German Shepherd is between 24 and 26 inches tall, females are a bit smaller and are between 22 and 24 inches tall. Male GSD weighs between 70 and 90 pounds, while females weigh between 50 and 70 pounds.

The Malinois X can look like either parent breed. They have a flat skull and a long muzzle with a black nose. These dogs have deep-set almond-shaped eyes that are usually brown. Their ears are set high and erect. The Malinois X has a sturdy and athletic body that is covered with a coarse double coat. The Malinois X coat can be different colors:

You’ll probably have to brush their coat three to four times a week because both parent breeds are heavy shedders. So, this way you’ll remove all the loose hairs and keep your dog’s coat healthy and shiny.

The Belgian Malinois and German Shepherd mix can make a great family dog. That is if you teach them that you’re the boss and you keep them under control. But, it’s also important to teach your kid how to behave with the dog. Teach them that pulling their ears or tail is not okay. Explain to them why they can’t ride the dog and never let them play with the Malinois X unsupervised.

This mix is loving and devoted, They are also loyal and protective. They will do anything to keep their home and family safe. Besides this, they are full of energy and can sometimes be a bit demanding. This dog won’t let you ignore it!

Training and socialization are key with the Malinois X. But, the good news is that they are intelligent dogs, so training them won’t be hard. They are also eager to please, so they will do anything to make you happy.

It’s in this mixed nature to try and be dominant during training, so always remember to stay firm and show them who is in charge. But also don’t be mean or harsh to your dog. Positive reinforcement is always the best technique in teaching your dog anything.

You can’t imagine how much energy these dogs have. Both of its parent breeds’ activity levels are high, so you can’t expect anything else from the Malinois X. This mix is a very active canine, so they need a lot of exercise. And not only physical exercise but mental stimulation too.

Because of how hyper they are, they need a home with a fence and yard. Otherwise, they might rin away, and it allows them to get more exercise. This mix loves long walks and runs, they enjoy hikes and basically any physical activity. It’s best if you could combine physical and mental stimulation. For example, by playing Frisbee or fetch. Obedience training is also a great activity for mental stimulation, and they will also be physically active through it too!

Generally speaking, this dog needs up to two hours of exercise every day. Ideally, they should get between 90 minutes and two hours of exercise daily. If they don’t get the physical and mental stimulation they need, they can get bored, which will lead to destructive behavior. This dog can adapt to any living space, but we don’t recommend you get this mix if you live in a small apartment. As already mentioned, they will thrive with an active family that lives in a big house with a big, fenced yard.

Both the German Shepherd and the Belgian Malinois are susceptible to many health problems. And even though mixed breeds are usually healthier than purebreds, it doesn’t mean your Malinois X won’t ever get sick.

Unfortunately, there are health problems they are prone to. This is why it’s important to take them to the vet for check-ups at least twice a year. That’s where your vet should make several tests. For example, x-rays, ear and eye exams, dental exams, blood analyses, urine analyses, and so on.

The German Shepherd Belgian Malinois mix is susceptible to hip and elbow dysplasia, and many other health issues such as: 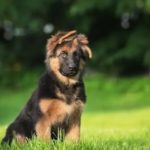 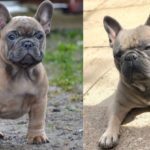