The Blue Fawn French Bulldog is a very rare canine

French Bulldogs are beautiful dogs. Wherever they go, someone will be looking at them. In fact, they are even the second most popular dog breed in the world! What’s also special about them is that they also come in many colors. But the most beautiful Frenchie is the Blue Fawn French Bulldog.

The French Bulldog is a loving dog. They are kind, gentle, and a bit goofy. But, depending on the color, there are a few differences.

Now, there won’t be differences in their nature or build. But their difference can lie in their health and genetics.

French Bulldogs can be many colors. Some of the most popular Frenchie colors are:

But, to be honest, it doesn’t matter what color Frenchie you get. All of them have the same personality. But, if that’s true, what makes the Blue Fawn French Bulldog worth mentioning?

Well, there are many reasons why to talk about them. And we’re going to go over each and every one of them.

A Blue Fawn Frenchie has a fawn-colored coat with a blue mask. If you’re wondering what a mask is, it’s the fur on a dog’s face. So, their muzzle, the area around their eyes, their forehead, and ears have a blue color to them. Their eyes can be light brown, blue, or green.

But, we have to disappoint you, their face isn’t literary blue, it’s actually grey. It’s just called blue.

Now, before we go on, it’s important to state that there are fawn Frenchies that have a black mask. Keep that in mind, it’ll be important later on.

When it comes to the rest of their body, they look the same as every other Frenchie. They are muscular dogs with short coats. Usually, they are between 11 and 13 inches tall and weigh between 16 and 28 pounds.

A dog’s coat color is created from two pigments: eumelanin and pheomelanin. Both of these pigments have a default color, but that color can be altered by genes.

Right now we’ll focus on the eumelanin pigment. That pigment is responsible for a black coat. But, when that pigment is altered by a dilution gene, the black color will turn into a lighter color. In this case, black turns into blue/grey.

This gene is a recessive gene. And for Frenchie’s black mask to turn into a blue mask, both of his parents need to be carrying that gene.

So, if two French Bulldogs carry that recessive gene, then their puppies won’t have a black mask, but a grey mask. Their mask color will get diluted.

French Bulldogs are not a very healthy breed. And when you add the color dilution, like with the Blue Fawn French Bulldog, to that the issues become even bigger.

Some of the health problems your French Bulldog can face are:

Besides these health issues, the Blue Fawn French Bulldog is also susceptible to a hereditary condition called Color Dilution Alopecia (CDA). Because of this condition, their coat can become itchy, flaky and they can even get bald spots. Sadly, this condition can’t be cured.

This is why it’s important to buy your puppy only from a reputable breeder. Someone who did gene testing on the parents and knows their puppies will be healthy.

Blue Fawn French Bulldogs are in theory very rare. And nature would want it that way. What are the chances breeders will breed two parent dogs with the same genetic issue? Very slim. But, many people want an unusual dog. So, breeders turn to questionable means and will do whatever it takes to get a litter of Blue Fawn Frenchies.

But, the problem is that breeders know of all the health issues that can come up and all the risks. But they don’t care. All they are interested in is the profit. That’s why they will even ask for more money for an unusual colored puppy.

So, if you want to buy a Blue Fawn French Bulldog, just remember how those puppies came to life. And don’t support bad breeders. 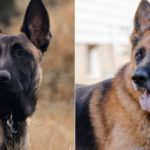