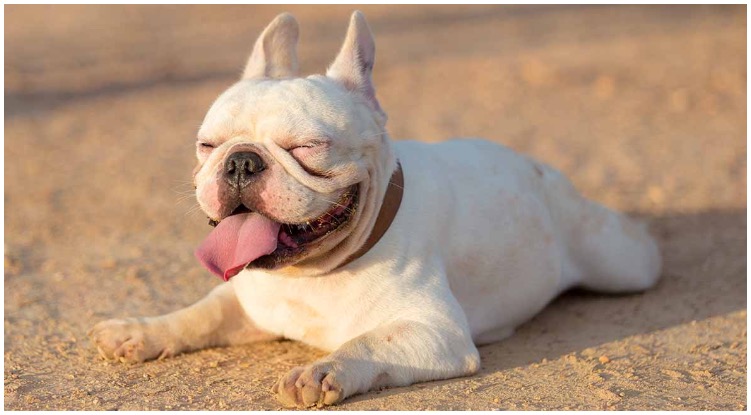 French Bulldogs are popular all over the world. It’s the favorite of many and even though they come with many health problems, the demand is still huge. But while most of them have a bi-colored coat, there is also a rare white French Bulldog.

That doesn’t mean that the white French Bulldog is a separate dog breed. His coat is just white, for one reason or another. However, the genes that determine his white coat also contribute to some other aspects of his life. Especially his health, sadly, making it even worse.

In this article we will go over the ups and downs of owning a white French Bulldog. And all of the things that you should know before deciding to bring one into your family.

The white French Bulldog is only one variety of many that this breed has to offer. There is also the fawn, blue fawn, fluffy, lilac, brindle, merle and
many more variations of the French Bulldog.

But let’s focus on the white Frenchie in this article completely. We won’t talk about the general breed specifications, as you can read that in our article about French Bulldogs in general. However, we will discuss the way in which the white coat affects the life of the Frenchie.

What is a White French Bulldog?

There is actually more than one type of the white French Bulldog. Depending on the gene that caused his white coat.

Most commonly it’s ‘off-whites’ and piebald whites. The Piebald has a much brighter white color.

Extreme piebald coloring is often associated with deafness. So knowing if your dog is a piebald is incredibly important.

But how to tell these two apart?

Off-white Frenchies will have dark noses, lips, and eye rims. While, extreme piebald Frenchies often have pink in their eye rims, noses, and lips.

Off white French Bulldogs most commonly won’t have any pink around these areas. That’s why these pink patches are one of the best piebald indicators.

The main difference between piebald and off-white French Bulldogs are their genes.

It’s still a mystery what exactly causes their white coat. But we have some ideas, as there are a couple of possibilities.

Off-white Frenchies may be a result of genes at the E locus, which codes for red pigmentation.

Scientists believe there are other genes that modify red to lighten it. It can be lightened even to the degree of being white. However, scientists still haven’t identified which genes do so.

There is also speculation that dogs with recessive genes for red and agouti coloring have both red and black shades blocked from appearing in the coat. That would result in their coat being white.

Piebald Frenchies get their color from genes on the S locus. White dogs that are a result of these genes are often referred to as extreme piebalds.

That’s because most piebald pups still have some patches of a different color. However, extreme piebalds don’t.

Unfortunately, the S locus is associated with some health issues, the most common of them being deafness.

White coloring can also be the result of double merle or albinism. But these are unlikely in a French Bulldog.

Like we previously discussed: The E locus and S locus seem to take part in creating the white color in French Bulldogs.

Unfortunately, if white fur is a result of extreme piebald coloring (S locus), then there is an increased risk of deafness.

In a study done about different health conditions in French Bulldogs, of those that suffered from deafness, 79% were a white French Bulldog, or had white in their coat.

Though the study does not say if these dogs were extreme piebalds or not, there has long been a link between piebald whiteness and hereditary congenital deafness.

You should definitely have this in mind before buying any kind of piebald dog. 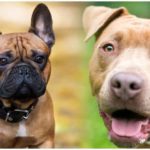 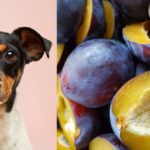