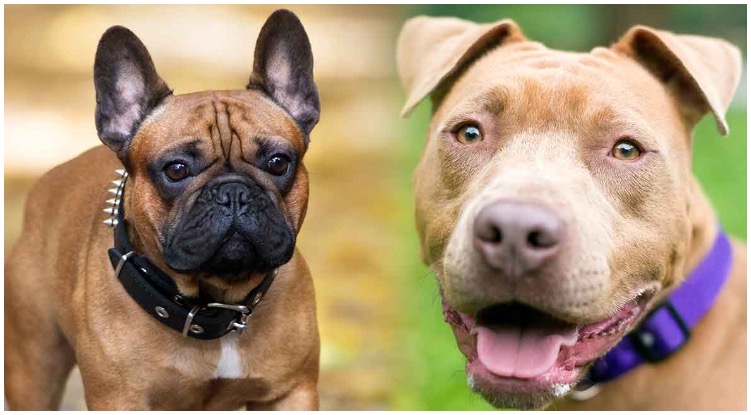 When you hear for the first time ‘The French Bulldog Pitbull Mix’ your first thought on this mix might be that they are aggressive. However, that’s not the case. This is a mixed breed dog resulting from breeding the French Bulldog and the Pitbull. They combine some of the best traits from each parent breed. Ready to learn more? Let’s go!

First of all, breeding specific dogs like this has become common in the last twenty years or so even though I am sure that this mixed breed found its share of dogs to the shelter due to accidental breeding. However, we will take a closer look at the history of both parent breeds below.

Pitbulls in general have a kind of complex background and no one’s entirely sure what to do with it. We’ll now show the list of the three major breeds of pits:

You should know that they are all working dogs that hail from the same ancestors. Also, they are known to come from the terrier group and were originally bred for baiting bulls. Their stocky, low profile makes them stand out as dogs that would be good for aggressive hunting. As mentioned earlier, the first association is aggressivity.

The second parent is the French Bulldog. It is originally from England. You are probably aware that they are small for a reason as they were created to be a toy-size version of the Bulldog. However, the breed was quite popular in the English city of Nottingham. The fact is that the lace workers worked in the local factories and emigrated to France for better opportunities and throughout this migration, they brought their little bulldogs with them.

As with many hybrids, you have to look to the parents to get a good read on how they will likely behave. It’s always better to get informed. Also, both of these dogs can have bad reputations – and rightfully so – but with the right owners and care and socialization given they can be great companions. You should know that if you have a well trained and socialized French Bulldog Pitbull Mix you will find a dog who is protective, reserved with strangers and other dogs, but a great family dog who is cheerful and loving. Also, the Frenchie is a very social dog that loves to be around its family and with the people. As always, their personality and temperament will depend on the owner and how well trained it is. Not surprisingly, they should get along well with other animals if exposed and socialized properly as well.

Like every owner, you want to know some information about the health of the dog. As with all dogs, they have the potential to develop genetic health problems as all breeds are susceptible to some things more than others. However, the one positive thing about getting a puppy is that you can avoid this as much as possible. A breeder should absolutely offer a health guarantee on puppies or you can demand it instead. However, if they won’t do this, then look no more and don’t consider that breeder at all – this would be the best option. In general, a reputable breeder will be honest and open about health problems in the breed and the incidence with which they occur. Health clearances prove that a dog has been tested for and cleared of a particular condition.

Possible health issues that the French Bulldog mixed with the Pitbull might be prone to Hypothyroidism, heart disease, eye problems, hip dysplasia, allergies and reverse sneezing among others.

The one really good thing about this breed is that they really don’t shed that much – almost not at all. In fact, they do both sheds as all dogs do and will need a little bit of maintenance, but they both have shorter hair and are really not prone to shedding. Just give them baths as needed, but not so much that you dry out their skin; That’s all you need to do. Pretty easy huh?

What are the exercise requirements?

This is a moderate energy dog and is not good for someone that is a couch potato. You are probably laughing now, but if you find yourself as a passive person, avoid getting this dog. They are rather mellow but want to be out doing things. However, there are more hyper dogs out there but this guy will fall somewhere in the middle. So far by now if you are worried about their temperament, the best way to tame their aggression and to tame their energy is by simply burning it off of them. A tired dog is a good dog, right? 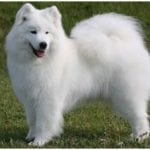