While Belgian Malinois are still often confused with German Shepherds, the popularity of this breed seems to be on the rise each year. According to the American Kennel Club, they are the 36th most popular dog breed in the United States. They are used as working dogs, police dogs, military dogs, and therapy dogs, but they also make a popular option for family pets. However, they won’t be the right fit for everyone. So if you are wondering “Is the Belgian Malinois a good family dog?”, know that we can’t give you a direct answer. That largely depends on what you and your family expect from a pet. Having a dog is a responsibility, and you have to be aware of what you are getting yourself into before you decide to buy a Belgian Malinois puppy.

That’s why we decided to take a closer look at all of the qualities that Belgian Malinois bring to the table. But we have no intention of sugar-coating anything. We will be brutally honest in trying to decide if this breed truly is the right option for you, or if you should be going for a different type of dog. The fact that these dogs have been so long in police use should give you enough of an idea about how smart and trainable they are. However, Belgian Malinois training isn’t for dog newbies. It takes experience and skill. So let’s see if you have what it takes to be a Belgian Malinois owner. 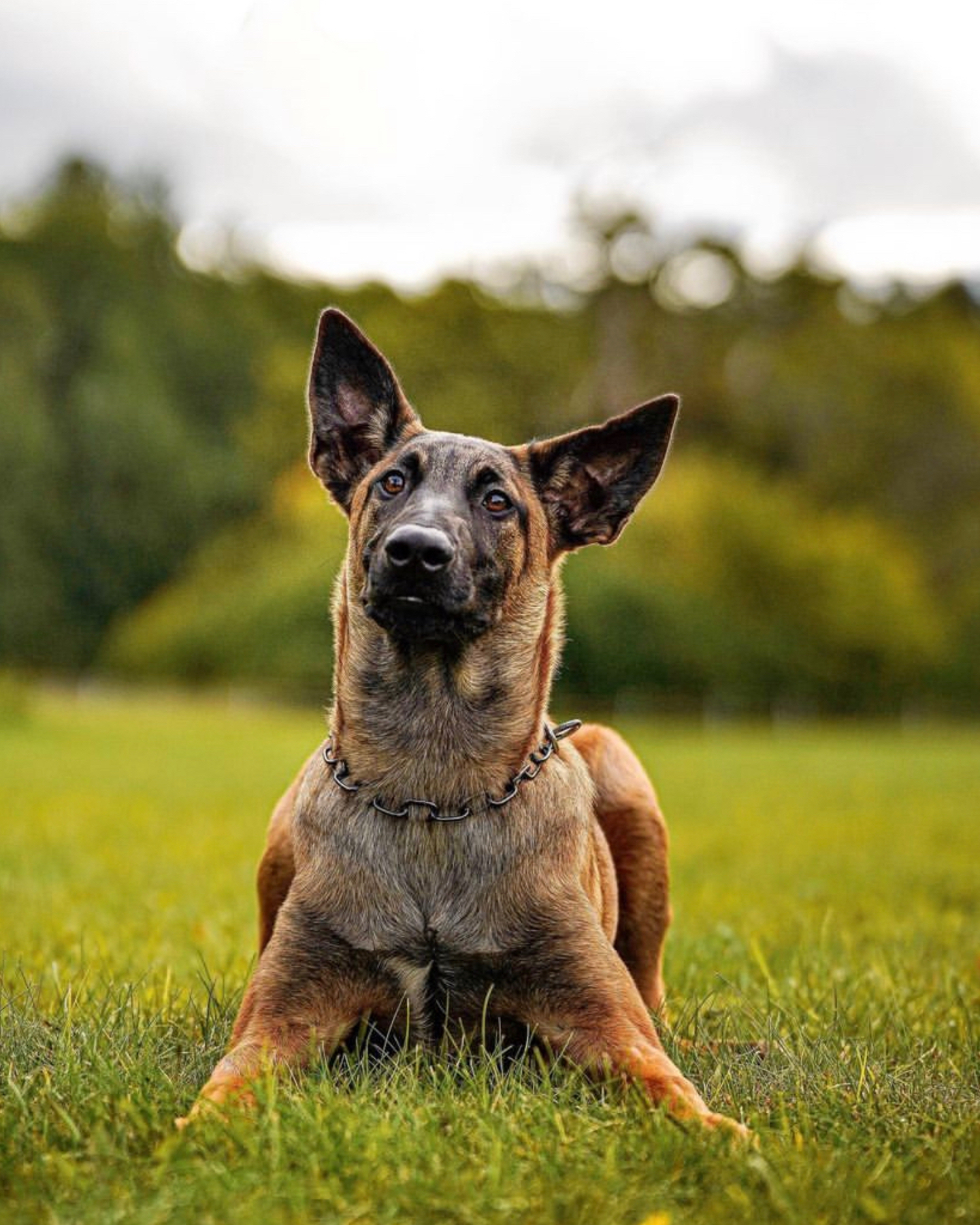 Belgian Malinois dogs that have been trained well are usually active, smart, friendly, protective, alert, and hardworking. Dogs that aren’t trained well and don’t get enough stimulation and exercise can act destructively. With the right training, they are reliable, watchful, and careful. The instinct for herding is built into this dog’s genes. This is not how you want your Belgian Malinois to act. You’ll have to let them know that this kind of behavior is not okay.

Due to their high energy and sensitive nature, Malinois should only be owned by people who have owned and trained dogs before. Malinois are very intense dogs that like to take part in everything the family does. People who travel a lot or work long hours and have to leave their dogs at home aren’t the right fit.

But the owner of a Malinois must always keep in mind that this breed was made to protect and herd. Dogs with bad social skills may act mean because they are scared or shy. Also, well-adjusted Malinois get along well with kids, especially if they grow up with them. However, they may try to herd them when they play if they are not socialized well enough.

It depends on how busy your family is and when you get your Belgian Malinois. If you and your family like to hike or play outside a lot, this dog might be a good fit for you. The Belgian Malinois is different from many other dogs in that it needs at least 20 minutes of playtime and exercise three to four times a day. They are active dogs, so your family needs to keep up with them.

If you get a puppy, your dog will know how to act around children. Older Malinois don’t always like being around children, and they can seem shy. It all comes down to how the dog was raised and whether or not it was raised with children.

If you and your family spend most of the day away from home, the Malinois might not be a good choice for you. They get bored easily and have trouble being alone. If your dog is bored, it will always do something bad in your house. If you really want a Malinois, you might want to think about things like dog daycare, which will keep them busy and help them meet new canines.

Just remember that these dogs need to be trained by someone who can be strict with them. In the right home, these smart dogs can make great family pets. This breed needs to be kept busy all the time. 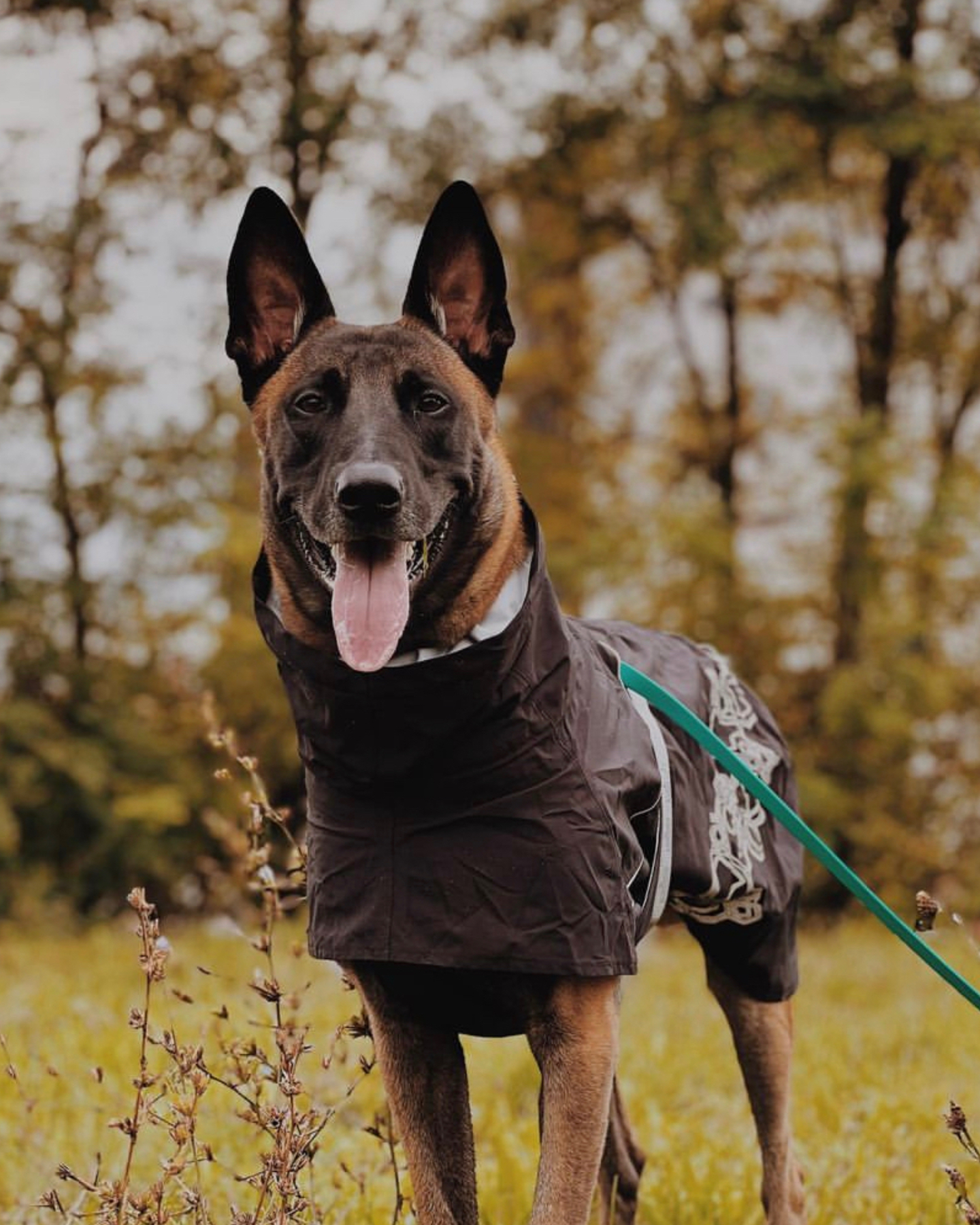 Are they good around other animals?

As was already said, putting your Belgian Malinois dog in a puppy kindergarten program will help him get along with other dogs and people. It will be hard to get them used to animals that aren’t dogs, though. These dogs could start chasing cats, hamsters, or even people. If they are raised together from a young age, they can learn to get along with other cats.

Even though many people think otherwise, Belgian Malinois dogs are often both independent and friendly. Anything else, like being shy or aggressive, is a sign that the puppy wasn’t trained well. Even though they make great police and military dogs, they may be kind and loving toward children if they are trained to be around them.

Can Malinois dogs be aggressive?

Malinois have been bred to be herding dogs that can also protect their owners and their homes since the beginning. The Belgian Malinois still has these traits that define its personality. When they are approached by or introduced to someone they don’t know, they shouldn’t and usually don’t act violently or with fear. Instead, this is usually a sign that they haven’t been socialized properly.

Still, if they feel threatened or angry, they can still snap or snarl. Because of these things, it is very important to get a Belgian Malinois from a reliable breeder who raises well-mannered dogs. Also, if they have a bad attitude, socialization training might help them change it. Even though it’s best to get puppies to know other people when they’re young, you can do this at any age. But training gets harder the longer you wait to start it.

Taking puppies to one-on-one play dates will help them make friends. This can be done a few times a week until they feel comfortable with another dog. Keep them on a leash the first time you take them to meet another dog. This will keep everyone safe and let you have full control over your dog. You could also put them in puppy school. These are classes where dogs can meet and play with other dogs while their owners watch.

Socialization is the most important thing

The Belgian Malinois is a true working dog breed. They thrive when their minds and bodies are busy. When the breed was first made, they were used to herding, and they still have a strong herding instinct. One of the most recognizable things about this breed is its protectiveness and alertness. That’s why so many Belgian Malinois are used by the police and the military.

The Belgian Malinois, like any other dog, needs to meet other people and dogs when it is young. To help your dog become a well-rounded dog, it’s important to expose them to a lot of different sights, sounds, and people when they are young puppies. Because they are so strong and have herding instincts, they need to learn early on that other dogs and people are friends. That way your puppy will grow into a friendly, social, and well-rounded canine.

Going to puppy school or training sessions is a great way to get them used to other people and improve their social skills. Parks, places that are dog-friendly, having people over, or just taking your dog for a walk are all great ideas. But you’ll have to watch out and never leave your pup with strangers without supervision. They often want to grab people by the ankles, herd animals, and small children. But with training, this habit can be changed and stopped.

Caring for a Malinois

These intelligent dogs make smart companions, and will quickly become your best friend. However, before you decide to adopt a puppy of the Belgian Malinois breed, you have to be ready for the responsibility that comes with it. This breed of dog needs a lot of physical exercise, mental activity, and high-quality food, and they are also prone to different health issues. The right family for the Belgian Malinois breed would be one living an active life. Also, these dogs don’t do too well in small spaces.

The most common health issues that these dogs are prone to include hip dysplasia, progressive retinal atrophy, and sensitivity to anesthesia. But that doesn’t mean that all Malinois will suffer from these health conditions. Make sure that you buy from a reputable breeder who screens their puppies for these health issues. Also, make sure your dog eats a healthy and balanced diet and gets enough exercise. 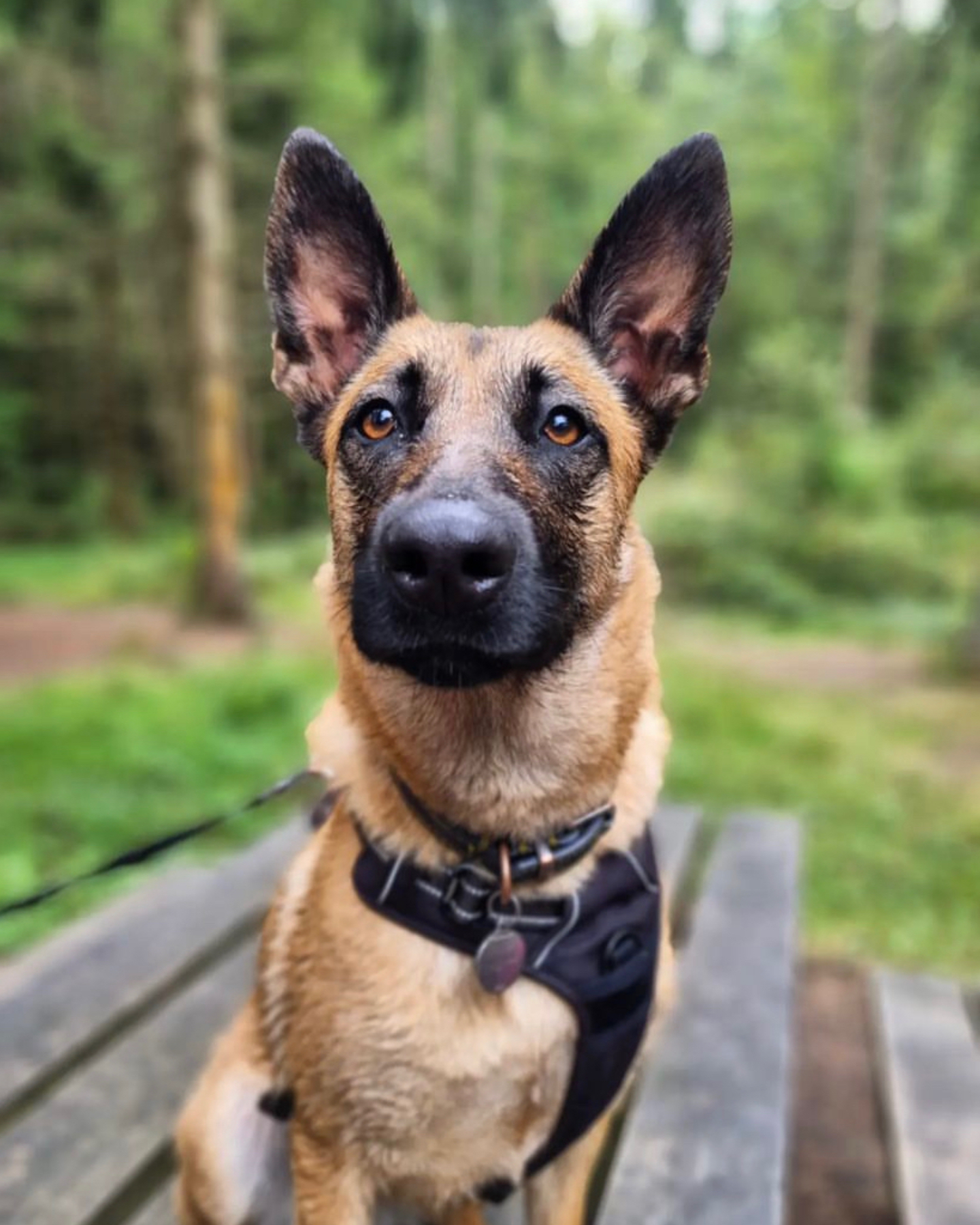 We have already talked about the importance of training and socialization. But you can’t forget about your dog’s physical needs. If you love to go for a morning run, know that there is a good chance that this cool dog breed will gladly join you. They need to be active for a long time during the day, and they will take any chance they get to be active. You can also take them to the dog park to run around, or enroll them in different dog sports. Dog agility seems to be a popular choice.

Conclusion: Is the Belgian Malinois a good family dog?

In conclusion, yes, the Malinois is an amazing family pet with a strong desire to please its owners. However, he is not the typical family dog that loves to lay around and take naps. The common problem with this breed is that it’s often adopted by the wrong people. Malinois needs active work, in the form of different jobs. They are a working dog breed after all, which means that their activity levels are high. If they receive less activity than they need, they fall into destructive behaviors. So if you are able to handle their high energy level, and you are willing to give them the training that they need, this dog could be a great choice for you.

We can’t stress enough how important training is for this breed. And that could be a huge problem, especially for first-time dog owners. So if you aren’t too sure about how to train a dog, consider enrolling him in dog training classes. They not only help your dog learn some basic commands and tricks, but they are also a great way of socialization. Because of their strong physical force, having a poorly trained Belgian Malinois is a huge risk. These dogs are strong enough to knock over anyone. They are used as police dogs all over the world for a reason. However, when in the right hands, these canines turn into the sweetest pets one could ever wish for.