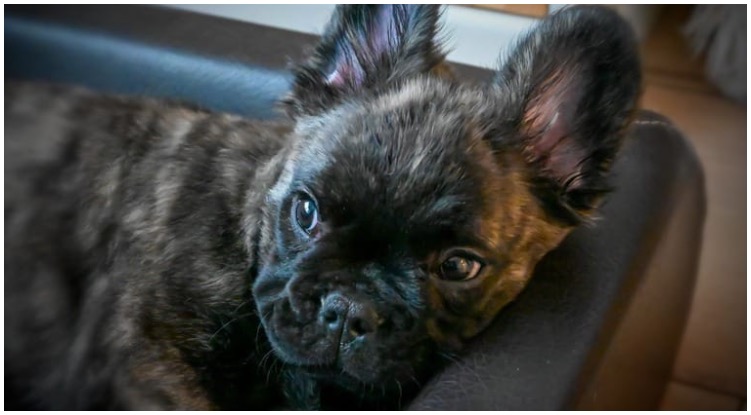 The long haired French Bulldog is exactly what it sounds like — a French Bulldog with a longer coat. However, there are a few differences, and most of them lay in their genetics.

The longer coat does not affect the personality of your French Bulldog. Additionally most of their main physical characteristics are still the same. However, grooming will certainly be a bit different. And some other things as well.

So if you are keen to find out what makes the Long Haired French Bulldog so special, keep on reading.

How are they different?

The most obvious one absolutely is the longer coat. The long haired French Bulldog is often called the “Fluffy Frenchie” and it’s not hard to see why. In addition to the slightly longer hair, however, the often larger, sharper ears are also striking.

The long-haired bulldog also has more undercoat than its short-haired representatives. Sharper, mostly erect, larger ears. Most of these bulldogs also have a visible nose, which certainly also promotes healthier breathing.

The long hair is caused by a genetic mutation that occurs spontaneously. While it is pretty rare, it can happen even in a perfectly healthy litter.

Because they are so rare, you should expect that the cost of a bully puppy with this special appearance is significantly higher.

The one gene that causes this mutation is the Fibroblast growth factor 5 Gen (FGF).

The fibroblast growth factor 5 Gen (FGF) is responsible for long hair. It can occur in French bulldogs regardless of color and so the Fluffy Bully is also available in the color combinations blue, chocolate, cream and polka dots.

Since it has been possible as a breeder to carry out genetic analyses in dogs, it is also possible to test specifically for the long-hair gene and so it has also been included in the DNA breed profile of the French Bulldog. With appropriate tests, it can be determined whether a French bulldog is a visual longhair (LH) or a visual shorthair (SH) or just a carrier of both gene variants.

This is important for breeders, because a pure shorthair variant can only produce short-haired puppies and a pure long-haired variant can only produce long-haired French bulldogs. What comes out of the Sh/Lh variant, on the other hand, is a matter of luck, it stands for 50:50 for the variants short hair or long hair. In the end, of course, it is not only important what the individual bulldog has for hair genes, but also what the bulldog is for a gene carrier with which the mating should take place.

So like we previously explained, it’s pretty rare that two short haired Frenchies will produce one long haired one. That will only happen if there’s a genetic mutation during his development. But it’s possible to intentionally breed long haired french bulldogs by breeding with two fluffy parents. But, if you decide to get yourself a Fluffy Frenchie, make sure you’re buying from a reputable breeder.

The gene responsible for the haaar length is an autosomal recessive gene.

It is often said that a long-haired French bulldog must be a crossbreed, the result of a cross between, for example, a pekinese or a long-haired Chihuahua. Surely there are dogs that owe their long hair to such pairings. However, a purebred long haired French Bulldog owes its long hair gene to some ancestors from breeding history.

That’s why we believe that there have always been long-haired French bulldogs. But only today, with the help of genetic testes, special attention is paid to getting a long-haired bully through the right mating.

Some other dog breeds you might find interesting as well: 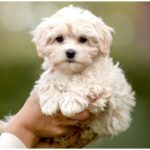 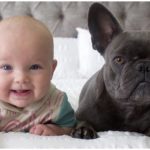