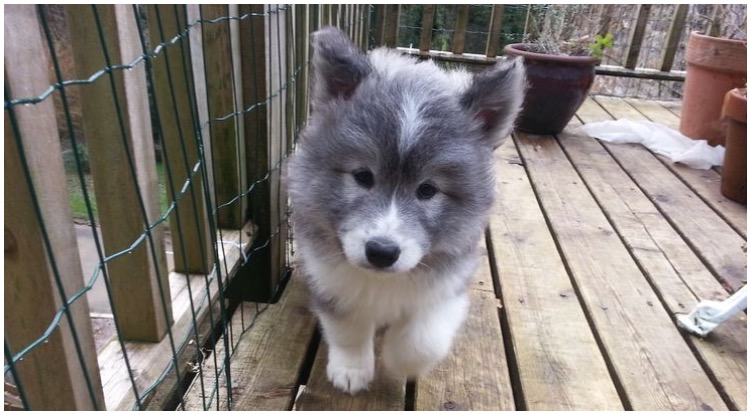 The Husky and Samoyed are two pretty common dog breeds. They are large, fluffy and absolutely adorable! Some people even confuse them! So it absolutely makes sense that there is a crossbreed between these two. The Samoyed Husky mix is also known as the Samusky.

Both the Husky and the Samoyed dog originating from the northwestern region of Russia. They are resistant to cold and snowy conditions. However, there are still some key differences between these two. Which makes their crossbreed a perfect balance of it’s two parent breeds.

Appearance of a Samoyed Husky Mix

When it comes to their appearance, the Samusky resembles an arctic fox more than anything else.

Both Huskies and Samoyeds are large dogs, which means that the Samoyed Husky Mix will be pretty large as well. Their coats are thick and dense — which means it requires regular grooming. However, while the Samoyed is most commonly white, the Siberian husky has a fluffy coat with agouti white grey sable red-black hair.
Therefore a Samusky’s coat could vary from white, cream to red to sable and agouti.

The Samusky can be between 20 to 24 inches tall, and weight around 45 to 60 pounds. However, since the Samusky is a relatively new breed, the standard size is still unknown. It will depend on the genes they inherit. Husky’s and Samoyed’s are medium to large dogs. However, Samoyed’s look much larger due to their big, fluffy coat.

The Samoyed Husky Mix could inherit either the strikingly beautiful blue eyes of his Husky parent, or the equally as pretty dark ones of a Samoyed. Either way, their eyes will be in a beautiful almond shape giving them that foxy appearance.

Similarly to their parents, the Samusky has the same triangular, erect, pointy ears. Their nose is sharp and prominent, looking a bit like a black button. The Samusky’s tail, generally straight but slightly curved towards the end, is fluffy and long, quite similar to its parents.

The Samoyed Husky mix crossbreed was first introduced back in the late 1990s. Therefore it’s a fairly young crossbreed, designed to combine the loyal and tolerant approach of a Husky, and the friendliness of a Samoyed. It’s unclear who the first person was to cross these two breeds, but either way — we are incredibly lucky to have them on this earth.

When it comes to the coat, the Samusky is surprisingly affordable. Especially considering how much other designer breeds cost. You will have to pay somewhere around $650. However, the cost may differ between $350 to $1200, depending on their parental genetics and the type of breeder you choose. Make sure you don’t look for a “bargain”, as that can lead you to an unethical breeding background.

Personality of a Samoyed Husky Mix

The Samusky is loyal, easy-going, affectionate and friendly. They will be adored by anyone who has the opportunity to meet a Samusky. However, they also need a lot of attention and care.

They are family dogs, much more so than any of their parent breeds. If you are looking for a dog that will get along with everyone in your household — the Samusky is definitely the dog for you!

Their temperament can vary. But in most cases these dogs love to please their owners and are pretty easy to train. However, you have to start the training early. This is a highly intelligent dog breed, and can therefore be stubborn from time to time. Especially in obeying things that they do not like.

These are enthusiastic dogs that love to live life to the fullest! If you are looking for a buddy to exercise with or go on hiking together — look no further. Samusky is born with great hunting instincts, similar to its parents. Therefore proper upbringing and training will be necessary for it to adapt to human and animal surroundings.

And don’t underestimate how much attention these dogs need — if left alone with nothing to do they will fall into their destructive behaviors such as barking.

Just like Samoyeds and Huskies, the Samusky is a mostly healthy crossbreed. But it is possible for them to suffer from the same health conditions that they parents suffer from as well. These health problems include conditions such as hip dysplasia, diabetes, hyperthyroidism and possible eye defects if not taken care of regularly.

Both dog breeds have almost the same life span from 10 to 12 years, except that the Husky can live two years longer. 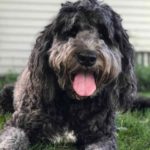 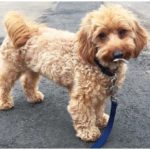