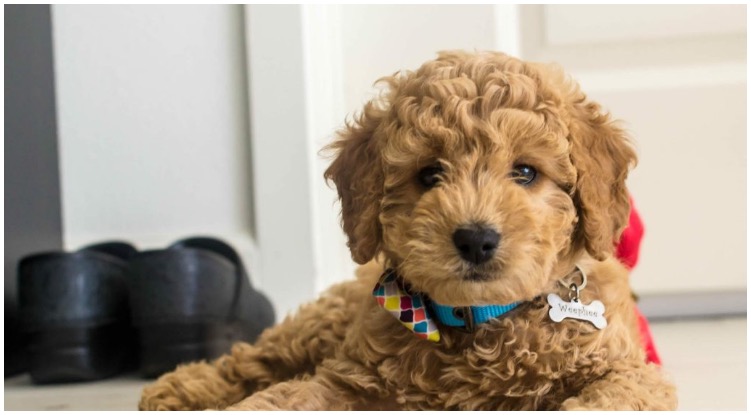 The Toy Goldendoodle is a cross between the Golden Retriever and the Toy Poodle. Clearly, this is a crossbreed which inherits traits from both parent breeds.

The Toy Goldendoodle is definitely one of the most popular crossbreeds out there, and it’s not too hard to see why. They basically look like living, tiny teddy bears. In addition to that, both of their parent breeds are popular as well. So why wouldn’t their crossbreed be too?

If you are interested to learn more about the Toy Goldendoodle — keep on reading!

Since the Golden Retriever and the poodle are originally working dogs, their crossbreed will have these characteristics too. The Toy Goldendoodle is usually described as a dog that likes to work with their humans, is intelligent and wants to be challenged. They usually like to retrieve and love the water.

Living together with children and other animals is also no problem- with the Goldendoodle. But only as long as you train and socialize your dog. They are all around amazing dogs that will be loyal to their owners and friendly to everyone else. Toy goldendoodles are gentle, clever and a joy to have around.

The country of origin of the Goldendoodle are the US. The first Goldendoodle reaches back to the 90s. Similar to the Labradoodle, the goal of crossing was to create a dog that is also suitable for allergy sufferers and combines the positive properties of the golden retriever and poodle. The popularity of the Labradoodle led to the emergence of other hybrid races too. Such as the Maltipoo (Maltese + Poodle), the Cockapoo (Cocker Spaniel + Poodle) or the Aussiedoodle (Australian Shepherd + Pudel).

The sudden interest in the dogs also has a dark side: Regardless of the health of the animals, the so-called designer dogs were bred to serve the market. Even today, it is important to pay attention to the choice of a conscientious breeder who can prove the health results of the parents and raise the puppies according to their needs.

Is the Toy Goldendoodle suitable for allergy sufferers?

You probably already know that Poodles are allergy friendly. But is the toy Goldendoodle too? Well, the answer isn’t really clear. No one can predict if the poodle’s hypoallergenic coat prevails in the crossing between this breed and the Golden Retriever.

Secondly, it has been scientifically proven that the amount of allergen in the fur of a doodle is no different from that of other dog breeds. However, they shed a lot less — which is why they are considered allergy friendly. However, there is currently no 100% hypoallergenic breed of dogs.

Allergy sufferers should spend some time with the puppies at the breeder to determine how they react to the animals. But even then, there is no guarantee that an allergy sufferer with the chosen dog will never show symptoms. Future dog owners should definitely be aware of this.

You can expect a full-grown Toy Goldendoodle to grow to stand between 8 and 13 inches at the shoulder, which is roughly the same height as a sheet of A4 paper!

In addition to that, a Toy Goldendoodle can weigh as little as 7 pounds.

Their coat color and structure can vary greatly. It’s mostly medium-length, and can be rather smooth or curly. Cream, gold, brown, reddish brown and black as well as color combinations occur.

The grooming should not be underestimated, as the coat can matt quickly, depending on the type of fur. Regular brushing or shearing should be planned. In addition to grooming, prevention against parasites, claw care and veterinary examinations are also part of the care routine.

Even if many believe that hybrids are healthier due to the so-called heterosis effect (increased health through genetic mixing), this is only true if the parent animals are healthy. Here you should know that both the Golden Retriever and the Poodle have predispositions for eye and joint diseases. This makes it all the more important to choose a reputable breeder. One who breeds exclusively with animals that don’t have any hereditary diseases.

Do not be afraid to ask for health results when visiting the breeder. Conscientious breeders can show you the results of the eye examination as well as the HD and ED examination (hip joint dysplasia and elbow dysplasia). In addition, good breeders are happy to give insight into the pedigree, the breeding ground of the puppies and are also available to the dog owners after delivery of the puppies.

The average life expectancy of the toy Goldendoodle is between 11 and 15 years. 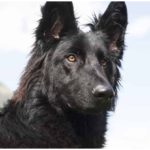 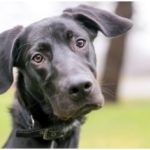