Who here hasn’t watched Garfield at some point in their life (most likely in childhood). It’s safe to say that all of us have watched at least one episode of the cartoon that features a big, lazy cat named Garfield. We’ve all probably also wondered about Garfields dog Odie and which breed he is.

We’ve watched Garfield be so mean to Odie so many times, but could you ever guess Odies breed? Recently I’ve watched the Garfield movie, and I must say I couldn’t figure out which breed that dog was to save my life!

I tried and tried, but nothing. So I decided to do some research and find out what breed good old Odie is! And in this article, I’ll share my findings on Garfields dog with you!

Dog from Garfield – History of Odie

Odie was based on a car dealership commercial that was written by Jim Davis. It was called “Odie the Village Idiot.” Davis liked the name Odie so much that he decided to use it for the second time. First, Davis named the main dog “Spot.” Then, he found out that another character had already used the same name.

It was August 8, 1978, when Odie made his first appearance in the strip. The date is now known as his birthday. Because Lyman was Jon’s friend and roommate, he brought him in on that date. Lyman went missing back in 1983. In the end, Odie became the dog of Jon Arbuckle and he has been that way ever since! There are some strips which retcon Odie as being originally owned by Jon. Lyman, Jon Arbuckle’s buddy and roommate, had him as a pet for almost five years until disappearing from the series without explanation. Later the ownership of Odie was given to Jon instead.

That is how Odie’s “story” was told in the movie series, where Lyman didn’t show up. Odie was adopted by Jon at a veterinarian center.

Odie was always my favorite character from the cartoon Garfield. Oddly enough, unlike my peers, I never understood the hype around Garfield. However, Odie I liked very much.

Odie was always lovable, a bit dopey, very kind, somewhat underweight. He had yellow fur and brown ears, and he was kind of Garfield’s best friend.When it comes to the print comics, no one is quite sure exactly what type of dog breed Odie is. Not even Garfield knew his friend’s breed. According to an article from Garfield fandom in a comic that was published on August 26, 2007, Garfield describes Odie’s species as a “purebred clown”. Garfield said this after trying to find out what kind of dog Odie is with the help of a book. Every time Garfield’s birthday is coming up, Odie will mock Garfield for his gerascophobia fear of getting old and for getting older.

Let’s now talk about some of the most notable aspects of Odie.

Odie is Garfield’s best friend. Garfield likes Odie because he’s lovable, even though he looks like he doesn’t know what he’s doing. People say Odie isn’t very smart, but sometimes he can be smart. Because of how he barks, he is able to say very long sentences. Garfield once said that he was “honest, true blue, and good.” This primary character is also known for having a large tongue, which we can see in numerous occasions. Because of this, he always gets tired and has to breathe. He often makes very big pools of drool. There aren’t as many clues about what he’s saying as one might think. Garfield only makes them clear.

After he used a book to figure out what kind of dog Odie is, Garfield called Odie’s species “purebred clown.” There are times when Garfield kicks Odie off the table or makes a joke about him. Many times, Odie has a long, slobbering tongue that spread out when he is out and about. Since 2000, he has been walking on two feet instead of on all fours, like Garfield, like he did before. As well, this was shown in other strips.But what breed was Garfield’s dog pal actually? 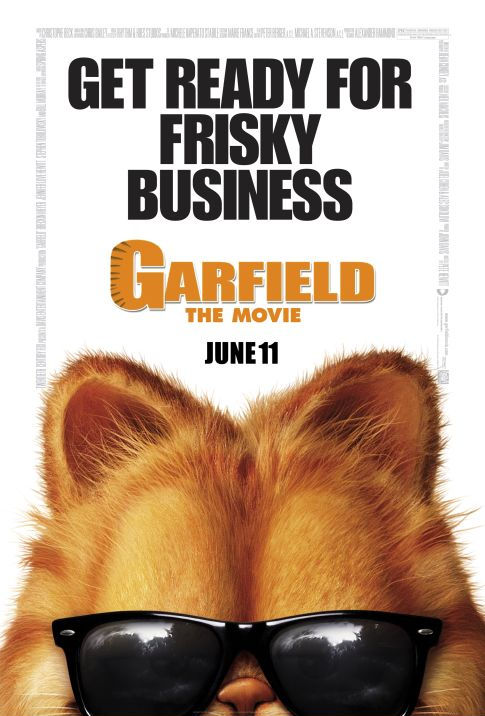 Odie’s breed in the movie

Well, the internet has many theories on what breed Odie is in the movie. There were a lot of similar answers when it comes to Garfield’s dog pal. While most of them were at a right place, it seems that there are multiple possible solutions.

Some claim he was a Beagle, but I never believed that. Other claim Odie is a Dachshund, which is a little more believable, but I’m still not buying it completely.

The third claim of Odies breed that I’ve found is probably the most likely one. Odie is a mixed breed! He is not a purebred Beagle, nor a Dachshund, but a wire-haired Dachshund/Terrier mix!

Even though in the comics Odie’s dog breed is undefined, we now know for a fact that in the animated Garfield movies, Odie is played by a wire-haired Dachshund/Terrier mix.

A Dachshund/Terrier mix is a very friendly dog. They are very affectionate and love to show love, exactly like Odie!These dogs are also very energetic and cheerful. They are always super happy and there is never a dull moment with this awwwdorable mixed breed!

Even though in the movie Odie doesn’t seem like the brightest bulb in the room, the Dachshund/Terrier mix is actually very intelligent! Thanks to their intelligence they learn super fast and will manage to quickly learn any new trick you’re trying to teach them. Garfield’s constant tricks that he did on Oldie should not fool you into believing he wasn’t a smart cookie.

So while you are here, why not learn more about this mixed breed and see if it all adds up? Let’s see how much of a Dachshund Terrier mix Odie actually was.

The Dachshund Terrier mix is a crossbreed — that means that you never know what you will get! Although the parent breeds share some similarities, every crossbreed pup will be a surprise. It can look and more like any of its parent breeds. So that pretty much describes Garfields dog. He looks like a combo between these two breeds. His distinct features we know from the strips and television show really look like the ones of this designer dog.Usually, they are about 11–14 inches tall at the shoulders, and they weigh around 30 pounds. Generally speaking, they are small dogs and therefore great for apartments. And Odie definitely was a smaller dog.

These pups are born to be complete goofballs! They are full of zest, lust for life, and an endless amount of energy. Dox Terrier mixes are for people who enjoy adventures and roaming around outside.

They are curious like no other! If you have a garden, be prepared that they will dig some holes in it. But even if you don’t, they will have the best time just sniffing around your home for hours. As they have strong hunting instincts, chances are that they will try to catch squirrels or rabbits that may live in your park. But as wild as they sound, the Dox Terrier cross also enjoys some cuddling on the couch. They are a lap dog and love to have all of your attention.

Now if that doesn’t sound like Garfields dog, I don’t know what does.

Even though they are small, they are still super protective of their owners. That’s why they have such a hard time with strangers. If they aren’t trained properly, they can see everyone as a threat.

They are nice and naughty all at once, and you can’t really predict their next move. But you will grow to love this trait about them. Because life with a Dox Terrier mix can’t ever be boring. And it definitely wasn’t.

Odie is the only animal character in the Garfield series that doesn’t have a voice bubble. He is shown as a “normal” house dog. Odie can say “Yeah,” “Huh?”, “Mmm-hmm,” and “Uh-Uh,” among other things. He has been shown thinking from time to time. People can understand him when he says some sentences and short phrases in The Garfield Show.

His mouth moves when he talks on Garfield and Friends. Other dogs don’t do this or change their facial expression so drastically in the film series. Odie speaks in a similar way in Garfield Gets Real and its sequels. He often says complete sentences like “I don’t know,” “My bone!” and “Right.” Readers who get the June 21, 2001 strip while facing Dr. Stripp will be able to hear Odie say “Mmm hmm” when Jon tried to eat his hamburger toy. Also, in the January 13, 1979 comic strip, he is seen laughing at Garfield, which makes sense. On June 15, 1980, he pokes Lyman and says, “I’m hungry.” He was presumably thinking about that when Garfield used him as a dummy in 1989.

Conclusion: What was Garfields dog?

In conclusion, even though we don’t know which breed Odie was in the comics, it’s safe to say that in the movie he is a wire-haired Dachshund/Terrier mix.

The makers of the movie have definitely picked the right mix to represent Odie because he truly has all of the great traits of this mix.

This show also brings a lot of people inspiration for possible dog names, and Garfield inspired pet and dog names have been trending for decades.If you’d like to know more about different Terrier breeds, we have several articles on that topic too: