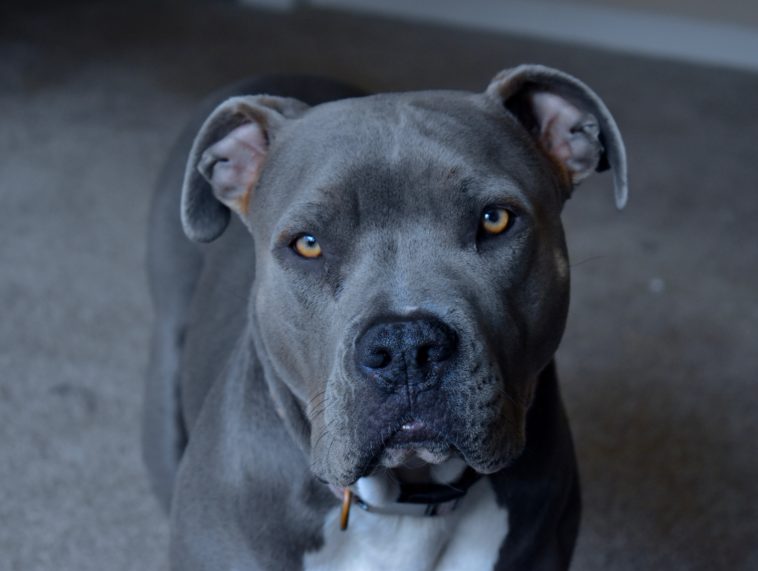 Pitbulls are muscular, but affectionate and loving dogs

The Pitbull is slowly losing its negative reputation and is becoming more and more popular. But, there is also a lot of confusion around this dog. You see, there’s not only one breed that is called the Pitbull, but there are actually four! And all of them have many color variations too. For example, the grey Pitbull or the white Pitbull.

The term “Pitbull” is actually used to label breeds descended from bulldogs and terriers. Those breeds are:

Now, in this article, we’ll focus on the American Pitbull Terrier, and to make it easier we’ll refer to them as Pitbull.

Grey Pitbull – What to know

There is a lot we have to cover about the grey Pitbull. First, we need to say that this is not a separate breed. It’s just one of many coat colors the Pitbull can have. Some of the other colors Pitbulls can have include black, black brindle, blue or grey, blue brindle, blue fawn, red, red brindle, fawn, fawn brindle, fawn sable brindle, tan, buckskin, seal, tricolor, and reverse brindle. Of course, there are other colors that aren’t standard colors.

This means that the grey Pitbull looks just like any other Pittie, and has the same characteristics too!

So, what is a grey Pitbull?

It’s a Pitbull that has the recessive blue hue on its coat, nose, toenails, and some even blue eyes. Because of this blue hue, you will also hear the term blue Pitbull.

But why are they grey? Where does the grey color come from?

Well, the answer isn’t that simple. For that, we have to explain genes and genetics. We know that’s a tough one, and a bit boring too. But, we’ll try to put it as simple as possible.

So, it all starts with only two colors or two pigments. Even though there are so many varieties in coat color in dogs, there are only two basic pigments that determine all of those colors. Firstly we have the eumelanin or the black pigment, and secondly, we have the phaeomelanin, which is the red pigment. All of the other coat colors, including grey, fawn, liver, and so on are a creation of those two pigments!

Now, both of these pigments have set colors, black and red, and those colors can get diluted with a dilution gene, to create other colors. For example, black can get diluted into colors like brown, pale brown, or grey. Now, that dilution gene is a recessive gene. This means that both parents have to carry the gene, for the puppies to have a diluted coat color. Basically, you can say that the grey Pitbull is kind of a rare sight.

There isn’t only one shade or variation of grey in Pitbulls. Actually, there are several. These Pitbulls have a number of coat color variations including

And we’ll explain all of them!

These Pitbulls have a grey coat with either a solid grey color or a grey color with white markings on their chest, feet, and tails. What’s also interesting is that these Pitties are born with bright blue eyes that get darker as they get older.

This Pittie has blue-grey stripe patterns on a light-colored base coat or a reverse blue brindle variation where the base coat would be a darker blue shade, while the stripes remain light-colored of either tan or fawn coloration. The amount of brindle varies from dog to dog. Some are heavily brindled, while others have subtle brindle marks.

The Grey Fawn Pitbull has a silvery-blue coat and distinctive light-colored red nose.

The coat pattern of these Pitties consists of three coat colors. The possible color combinations of the grey tri-color Pitbull include a dark blue base coat with splashes of tan and white markings on various parts of their body like the chest, nose, face, legs, paws, and even the tail.

We’ve already answered this one, but yes. The grey Pitbull is rare. In fact, they are among the rarest color variations in Pitbulls.

The reason for this is that their coat color is a result of the recessive dilution gene. Recessive means that both the parents have to carry this gene. Now, they don’t have to be grey, but they just have to carry the gene.

But, it’s not all that great with this color variation. Because they have such a light coat color and light eyes, they are more susceptible to health problems. Several studies have shown that a dog’s coat color can play a huge role in its health.

The possible health problems these dogs can face are deafness, blindness, alopecia, skin issues, and so on.

This is why you should never buy your grey Pitbull from questionable breeders. Many people will take advantage of the fact that these dogs are so rare to force breed them. They don’t care that by doing this the puppies are at a high risk of being seriously ill.

Those breeders are only out for your money and don’t care about anything else. 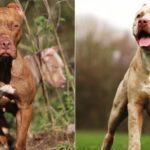 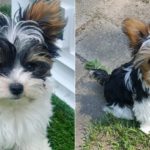