The XL Bully is a large, muscular dog

When you see the XL Bully for the first time, you might get scared. Not because they are so large, but because of how muscular they are. But what breed is the XL Bully and what do we know about them?

XL Bully – What’s to know about them

To learn more about the XL version, we need to explain which varieties of the American Bully even exist.

But let’s focus on what the XL looks like.

We’ve already mentioned the XL’s size, but let’s go over it again. Basically, the male American Bully XL is between 20 and 23 inches tall, while females are between 19 and 22 inches tall. When it comes to their weight these dogs are between 80 and 150 pounds heavy.

Now, all Bullies look basically the same, the only difference is in their height. This means that the American Bully XL has a blocky head and a short muzzle. Even though their muzzle is a lot shorter than their skull, they aren’t considered a brachycephalic breed.

What’s important to mention is that they have heavy bones and are very muscular. They are so muscular that basically, almost all their weight is pure muscle weight. You could say that they are one of the most muscular breeds in the world.

But, even though they are so muscular, their bodies are smaller. They have short legs and a longer body. Which is the key characteristic of this breed.

Their face is very wrinkly and ad they grow that becomes more apparent. Their eyes are set deeply and oval-shaped.

The Bully XL looks scary, but they are very friendly dogs and make great companions. That’s what they were bred for! Because of that they also make great family dogs, but you have to make sure you train and socialize them well.

Just like with any other dog it’s important to socialize them while they are still puppies. It’s important to socialize any breed, especially breeds that tend to be more aggressive, in order for them to grow into well-behaved dogs. When they see a lot of different people, animals, and places while they are still young, they will get used to them and won’t lash out later on.

Generally speaking, the American Bully XL is friendly towards strangers, children, and older people. But they can also be a bit standoff-ish if they sense a strange vibe from someone.

Many people wonder if these dogs are aggressive. As already mentioned, they are overall friendly dogs. But, if they sense any threat to their family or home, they will become aggressive and protect them.

Of course, they won’t attack children out of the blue. They love children and love spending time with them. But again, the training and socialization area must if you want a friendly, outgoing, and curious XL Bully.

The Bully XL is an expensive dog, puppies cost between 2500 and 5000 dollars, depending on the breeder and the area you live in. This dog is expensive because they are less common than other varieties.

The parent’s bloodline, structure, accomplishments, pedigree, and so on, all play a huge role in pricing. How reputable the breeder you’re buying from plays a big role in determining the price too. There are many breeders who will sell the puppies for less because they are mass breeding them. Or, for example, they don’t care about the puppy’s health. So it’s important that you find a good breeder, someone who cares about the health and wellbeing of the puppies they are selling.

ALSO READ Gotti Pitbull: What You Need To Know

Sure, a reputable breeder will ask for more money, but in the long run, you’re actually saving money because you’re getting a dog that’s been vaccinated and got all the needed medication.

Other eye issues that are common among Bullies are entropion, where one part of their eyelid rolls inwards, then dry eye, and lastly irritating ulcers on the cornea. Your vet can treat all of these with medication or surgery.

To keep your dog healthy, make sure to feed them a balanced diet and give them all the nutrients they need But besides that, take them to the vet regularly and make sure they get enough exercise.

The Bully XL has a lot of energy so they need a lot of exercise. At least one hour of exercise to be precise. And by that, we don’t only mean walks. But physical and mental stimulation in form of games. You can play Spring-pole, Flirt-pole, or Weight Pulling with them. You can even just play fetch and Frisbee with them. Whatever it is, just make sure they move enough. Otherwise, they might turn to destructive behavior. 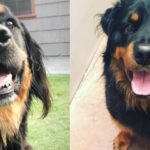 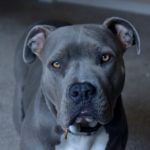