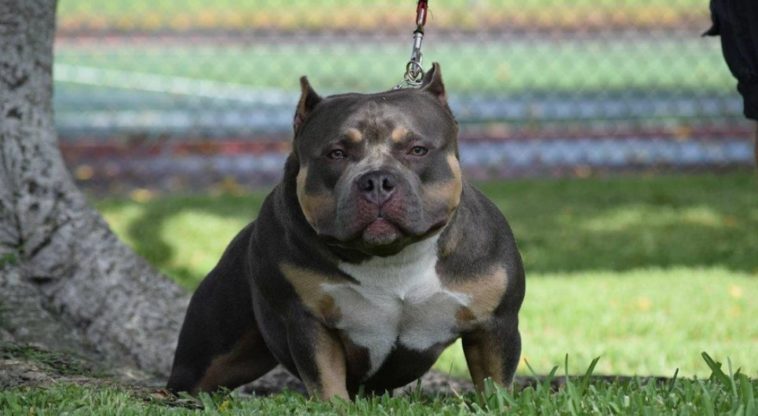 The American Bully is one of the most muscular dog breeds

A muscular dog or muscle dog is a strong, and powerful dog. And the fact is that many dog lovers are crazy about beautiful, sturdy, and well-built muscular dogs. There are many breeds of muscular dogs, and not all of them have the same muscle mass. Some are more muscular than others.

Muscular dogs come in various sizes, shapes, and proportions. Even with different temperaments.

In this article, we’ll take a closer look at the top four muscular dogs and explain a bit about each and every one of them.

Strong muscles in dogs keep them flexible and protect them from injuries at the same time. In addition, they help prevent age-related diseases such as osteoarthritis. The muscles help the dog with every movement he makes, whether he is running, following you over rough terrain, and even when he is sitting in front of his bowl and waiting for food.

Well-developed muscles help your dog to have a better balance and protect from injuries in minor accidents and usually minimize pain. Dogs with strong muscles also recover faster from physical illnesses.

That’s why it’s important to work on muscle building, even if you don’t have a particularly muscular dog. But there are also dogs that are naturally muscular.

The American Pitbull Terrier has a bloody past. A couple of years ago they were bred to be used in dog fights and bullbaiting.

Luckily, dog fights are now banned in most countries and the Pitbull has another purpose. Even though they still have a negative reputation, these muscular dogs actually make great family and police dogs.

It’s a fact that Pitbulls are muscular, they are also among those dogs that have the strongest bite. But, if you train them well, you won’t have any issues with them being aggressive or attacking anyone. They are not aggressive by nature, it’s their owners that make them aggressive.

Pit Bulls may look dangerous, but they don’t make good guard dogs. This is because they are more likely to greet strangers in a friendly manner and with a wagging tail than attack them.

While you’re here, read more about the Pitbull:

The American Bully originated in the United States, where it was specifically bred to be a domestic dog.

These dogs can adapt to any situation and get along great with other dogs. They also make great watchdogs and are easy to train. But, despite being smart and generally easy to train, sometimes they can be very stubborn. So, you’ll have to be patient when training them.

What’s also worth mentioning is that they are affectionate and loving and develop a close relationship with their families.

While you’re here check out our other articles about the American Bully:

The Doberman comes from Germany and is now one of the 20 most popular breeds worldwide. He is primarily known for his long and pointed ears.

But, these dogs naturally have floppy ears. They only stick out when cut and glued up at a young age.

Dobermans make great guard dogs because they are confident, loyal, and obedient.

While you’re already here, read more about the Doberman Pinscher:

The Guatemalan Dogo was used as a guard and protection dog from the start. In the past some of them were also used in bullfights.

These dogs need a lot of socialization if you want to keep them as family dogs. Because they are naturally fearless and aggressive.

In some countries, there are also special regulations for keeping this breed. In addition, these dogs bark and shed a lot more than average.

This in turn also explains why you will find these four-legged friends almost exclusively in their homeland. Internationally, they are still quite rare to find. 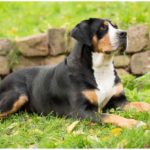