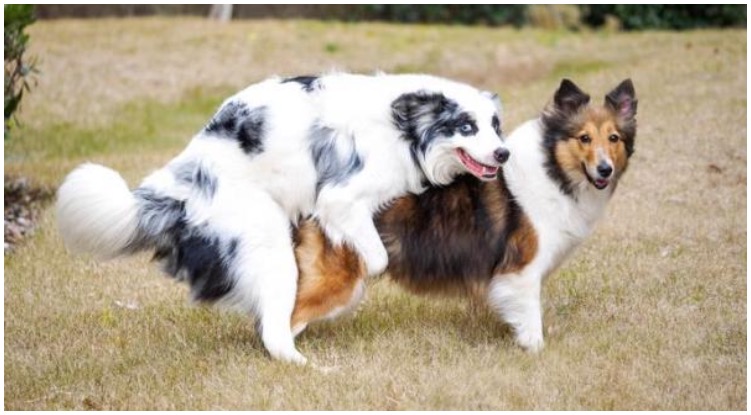 Female dogs experience heat (also known as estrus) at about six months old. That is the period of time when your bitch is ready for mating. Different hormonal changes will occur during this period that will not only change your dog’s behavior, but also her anatomy. Changes include bleeding, nervousness, alertness, frequent urination and the swelling of the vulva. It’s important to know the basics about estrus, because it can be a difficult time in your female dog’s life. To educate yourself about the heat cycle, which changes your bitch will go through and how long does a dog’s heat last, keep on reading this article.

What are the stages of the Heat Cycle?

Your bitch will pass through four stages during her heat cycle. After the four stages your dog will go either into pregnancy or a resting period. You as a dog owner have to know how to prepare you and your dog for the possible difficulties following her estrus period.

You will notice these four stages during your female dog’s heat cycle:

Proestrus: This is the start of your dog’s heat period. Her body is preparing to mate. The average length of this period is nine days, however it can last up to seventeen. Her vulva is swelling and you also might notice a bloody discharge. However, many dogs will clean up this discharge before you even notice it.

It’s also possible that your bitch starts acting very clingy. Also as she will start attracting males during this time, she may display some aggressive behaviors if they try to mound her.

Estrus: This is the phase when your dog mates. It lasts about nine days, but it can vary from three to twenty-one days. Blood flow lessens and eventually stops. Therefore the bloody discharge also won’t be bloody anymore, but instead a light yellow color.

Your female dog will attract and accept males. Also ovulation occurs two to three days after mating. Urinating may be more frequent to mark her spots and let the world know that she is ready for breeding.

Diestrus: This phase occurs after their heat. It lasts about two months. Your dog will either get pregnant or return to rest. If she’s resting, her vulva will return to her normal size and the vaginal
discharge will disappear.

Anestrus: This is the uterine repair phase. No sexual behavior is present and it lasts from 90 to 150 days.

How long does a dog’s heat last?

After learning about the different stages of dogs heat cycle, you might be wondering- How long does a dog’s heat last?

A dog’s heat usually lasts somewhere between two to four weeks. However, this depends on your dogs breed, size, hormones and age. It can last shorter or longer that that.

You will know that the heat is over when her vulva returns to its normal size. Ovulation is the phase of your dog’s heat when she is the most fertile. It last from about nine to ten days. However your dog can become pregnant until the end of her heat cycle.

Can I prevent my dog from going into heat?

The only way to prevent your female dogs from going into heat is by spaying. Spaying is highly recommend for all bitches unless you are planning to breed. Once she’s spayed she will also have a reduced risk of mammary cancer.

However it’s not recommended to spay your dog while her heat cycle lasts. Discuss with your vet how long you’ll have to wait.

A dog’s heat cycle can be a difficult period for both the owner and the canine. That’s why it’s so important to educate yourself on the different phases your female dog will be going through.

Your dog will not only physically change during these two to four weeks, but her behavior will change as well. You will notice her being more attention seeking and clingy, and your walks through the dog parks may include interacting with male dogs more frequently.

If your dog does mate during her heat cycle, it’s very likely that it could end in pregnancy. However, if you’re not ready to breed puppies and want to prevent this, spaying would be your best option.

If your dog somehow does not end up pregnant, she will go into a resting phase of her cycle where she won’t display any sexual behaviors. Her body will go back to normal until the next heat period begins. 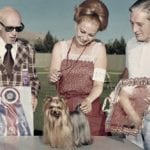 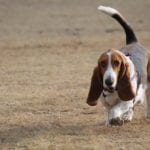