We all know about Dalmatian dogs. And we all know how they look. They have a short white fur with black dots all over. But what if I told you there are long haired Dalmatian dogs too! So instead of short fur, they have long, fluffy fur.

You’ve never heard of them? Well, they are probably a new creation. Right? Wrong! These dogs have been around for quite some time. But, they got very popular in the last couple of years.

I am sure you’re intrigued and you probably want to know more about them. Well, that’s why I’m here! I will teach you everything there is to know about long haired Dalmatian dogs.

How come there are Dalmatians with long fur? Well, the long-haired Dalmatian has the long-coat gene. The end. Just kidding. It’s not that simple. But, basically, Dalmatians that have long locks are just a breed variation of the short-coat Dalmatian.

But, what I said about genes is true. These dogs carry the recessive long-coat gene. So, you can say Dalmatians with long fur is very rare and unique!

So, how does it work? To get long-coated Dalmatian breeders to have to breed two Dalmatians that carry that gene. Some time ago there was a 50-50 distribution between the short-haired and long-haired Dalmatian. But now, the long-haired version is considered to be “bred away”. Meaning, breeders don’t produce them anymore because they aren’t recognized by various kennel clubs nor can they compete in shows.

This will sound harsh. But, they are even purebred Dalmatians, they just don’t fit into the standard.

But, let’s go over how Dalmatians look like. These dogs have round eyes that are either dark or blue. They have a very defined muzzle.

They have a medium-sized body with a muscular, but lean build. So, they are muscular but don’t look like a Pitbull for example. They are lean and much thinner. You could say they look graceful.

Did you know that long-haired Dalmatian dogs aren’t born with those black dots? They are born with a white coat, and they later develop the spots. At about two to four weeks of age.

Like it usually is in the canine world, male Dalmatians are bigger than females. A male long-haired Dalmatian will be between 21 and 23 inches tall, while females are between 19 and 22 inches. But, both males and females weigh the same, between 45 and 60 pounds.

How rare are they

But at some point kennel clubs decided that only the short-haired Dalmatian should be recognized. They were the perfect dogs. The long-haired Dalmatian was slowly “bred away” so that there were fewer and fewer dogs out there. They were simply seen as “defective dogs” and breeders wanted them gone!

It was so bad that some breeders even killed their puppies that had a long coats. Luckily, this isn’t the case anymore. Long-haired Dalmatians are just as popular as short-haired Dalmatians. But, they are still very rare to come across today.

We know that there is a connection between fur color and a dog’s health. For example, dogs with light coat color, for example white, are more prone to skin allergies. Dogs that have white ears are more prone to deafness. So, what about Dalmatians?

Sadly, these dogs are no exception. Because of their coat color, they are more likely to have serious health problems. Allergies and deafness are only some of them.

The lifespan of a Dalmatian is between 10 and 13 years. Be it a short-haired Dalmatian or a long-haired Dalmatian. It doesn’t matter. They are healthy dogs. But, they are also prone to genetic and inherited health issues. Especially because they have a light-colored coat.

The most common health issues your Dalmatian can have are:

You should know that these are the most common health issues of Dalmatians. But, that doesn’t mean your dog will have any problems.

Of course, if you take good care of them, they should be fine. But, it’s good to know what health problems your dog is susceptible to. This way you can get informed and know all the symptoms of possible issues.

The coat of a long-haired Dalmatian is very soft and silky. You’ll want to pet and stroke it all the time. But, the long coat doesn’t mean they stop shedding. Just like every other Dalmatian, these will shed too. Quite a bit actually. But the good thing is that their hairs don’t stick to things.

You should Brush your Dalmatian at least once a week. This way you’ll keep their coat healthy and shiny.

Their fur only grows about 2-4 inches on their body, so it’s not that long and shouldn’t be difficult to keep up. It’s also a good idea to shave your Dalmatian’s paw pads. If the fur on their paws grows too long, there is the risk of them slipping and falling. They could hurt themselves.

What many dog owners forget to do is clean their dog’s ears. You should clean your Dalmatian’s ears regularly, or have your vet clean them. Besides this, brushing their teeth is a must too. You can also check out our article on “How to clean dog teeth without brushing?“

But, it’s basically the same dog, but with a longer coat. You’re getting the same personality and almost the same look.

Sadly, you’re also getting the same health issues and problems due to their light coat color.

Dalmatians are great dogs, smart, loving and they look graceful. You definitely can’t go wrong with them, no matter if you chose a Dalmatian with long fur or short fur. 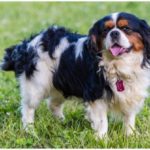 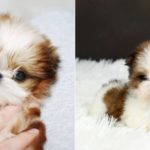