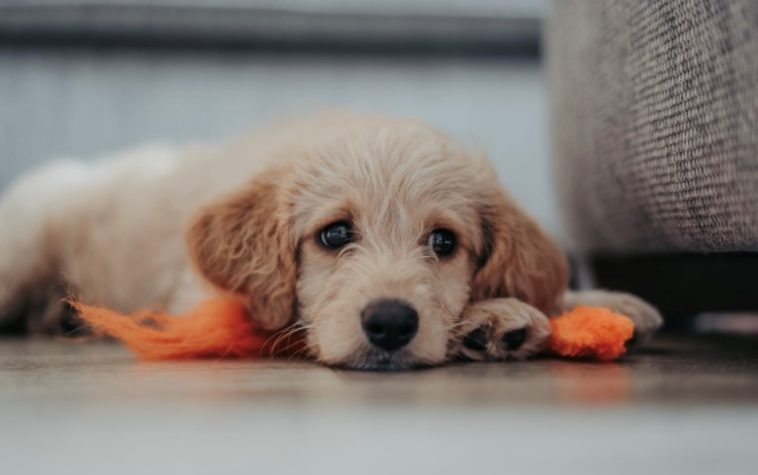 Is your puppy crying or whining when sleeping, there's a good reason why

Every person who had a puppy in their life, or grown dog, saw them whining in their sleep. A couple of months ago I told you that I got a new puppy. Back then I’d notice my puppy crying when sleeping. I never understood why that was. Now, when my dog grew up a bit, they are still doing that! And to be honest it creeps me out. It’s just weird. One moment they’re peacefully sleeping looking like an angel, And the next moment they are crying like never before.

I’ll tell you, it’s because of science! Yes, yes. Science is the answer to everything. Jokes aside, but your dog is a mammal. And every mammal dreams! And, all that crying and whining you hear occurs during their REM sleeping phase.

Told you it’s science! But, I’ll explain it in more detail.

You’ve probably heard about the REM sleeping phase. But what on earth is REM sleep?! REM is an acronym for Rapid Eye Movement sleep. Basically, it’s a time of deep sleep during which the eyes move rapidly. And it’s during this period that dreaming happens!

Now, I’ll get all sciency with you, but I’ll try to keep it as simple as possible. So, the brain has a number of areas that all have different functions. So, for example, we have the hippocampus, which has a major role in learning and memory. But, besides that, this portion of the brain is also dedicated to dreams and emotions. Now, that part of the brain functions very similarly in dogs and humans.

That’s why scientists believe that dogs dream just like humans dream. This means when your dog is dreaming his little body enters into a state of sleep paralysis. This state prevents dogs (and humans!) from jumping up in the air for example. And it’s preventing them from doing other things they are doing in their dreams. Clever, huh?

But! There is always a but in science, isn’t there? Sometimes it happens that this state of sleep paralysis doesn’t completely freeze your dog’s body. That is exactly why dogs’ legs may twitch or why you might catch your puppy crying in its sleep.

Now, your puppy crying in its sleep is no reason to worry. The fact that your dog is whining doesn’t necessarily mean they are in pain or have nightmares. Those cries are more like the mumbles of human sleep-talkers! So, your dog is talking in its sleep.

What a dog dreams of

Now we know what REM sleep is and we know that dogs do dream. But what do they dream of? The dog park, the vet?

Well, according to dog behaviorists dogs dream about daily dog activities. Like taking walks with their favorite human, playing fetch, running around, playing with other dogs, and so on. This also explains why dogs run, whimper, and bark in their sleep.

So, your dreams about fun activities you do with them. But, they can also have nightmares! For example, they can have a have nightmare about going to the vet! Is he afraid of thunderstorms or hates getting baths? Maybe that’s what their nightmare is about!

You should also know that nightmares aren’t a cause for concern. And there is no need for you to wake your dog up if he or she is whining in their sleep. Even if you catch your puppy crying, you don’t have to wake them up. If you try to wake them, you might startle them which could lead to them snapping at you.

But, if you are really worried and your dog keeps on crying like they are having a nightmare, you can gently say their name or make a noise to wake them up.

In conclusion, if you hear your puppy crying in its sleep, they are probably dreaming! Just like humans, dogs can dream and have nightmares too! This is because dogs are mammals, just like us, and their brain works similarly to a human’s brain. At least to some extent.

Your dog can dream about walks, games, other dogs from the doggy park, or they can have nightmares about vet visits. Either way, there is no reason for you to wake them up. Especially if you have an adult dog. You might startle them which could lead to them snapping at you.

While you’re here read more of our puppy-related content: 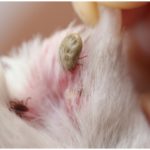 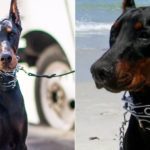