How many years do dogs typically live? Is it maybe somewhere between ten and fifteen years, or is it much longer than that? And if that’s the case, what breed of dog has the longest lifespan? What is the longest-lived dog?

Every person who has a dog has, at some time in their life, pondered the question of how long their pup is going to be around. Even if we will never know the answer to that question, it is still reassuring to know what the general life expectancy of certain breeds is. And to tell you the truth, it’s a perfectly reasonable question to ask, not just as a dog owner but also as a potential future dog owner.

We all want dogs that will live for as long as we are alive. While that might be far-fetched, there definitely are breeds of dogs that can live a fairly long life. In this article, we will tell you about the breeds that have the longest life expectancy.

Small canines vs. large canines – Lifespan of each

The lifespan of small dogs

The average life span of a small dog breed is between 10 and 15 years, but some breeds can live as long as 18 years. When we talk about small dog breeds, we mean dogs like Chihuahuas, Shih Tzus, Pomeranians, Yorkshire Terriers, Beagles, and so on.

The lifespan of large dogs

Why do large breeds live shorter?

There are many reasons why large dogs live shorter than small dogs. But one reason a lot of scientists agree is that large dogs age faster. Basically, because of their size, larger dogs put somewhat more stress on their physiological functions as they age. This causes them to deteriorate more quickly than smaller dogs. Another reason is that they face more health problems.

It is also relevant to development throughout the first year of life. While tiny breeds develop swiftly and are more likely to become sexually mature early, the maturing process for bigger dogs is considerably different and occasionally delayed.

Although they are normally completely developed within a year, sexual maturity is delayed in big breeds by 1.5-2 years. Many big breeds, in particular, mature sooner as a result of their fast development. Simply said, bones, organs, joints, and the whole musculoskeletal system are under higher strain.

What is the longest-lived dog? – Large dog breeds that can live the longest 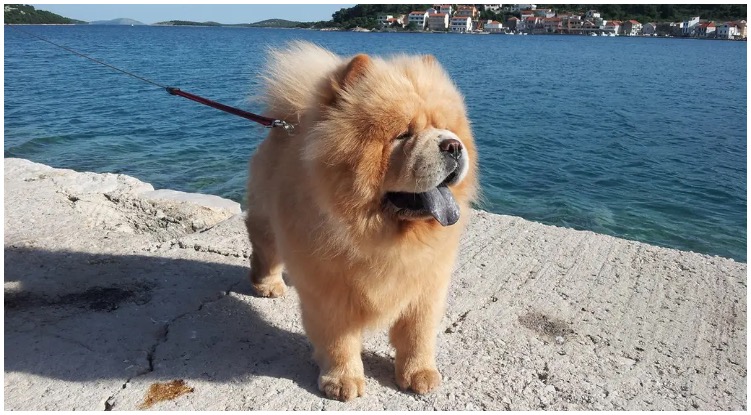 The Chow Chow is large but lives for a long time

Chow Chow is usually between 17 and 20 inches tall and between 45 and 70 pounds heavy and is impressive just by the way it looks. But this ancient dog breed is more than just beautiful to look at – their life expectancy is quite impressive too.

Even though they are big dogs, they live for a long time. Their life expectancy is between 12 to 14 years which makes them the right pick for our longest-lived dog list. On top of that, this breed is very healthy, so there aren‘t many health problems that might reduce their lifespan.

As for their personality, anyone who has made friends with one of these dogs knows that they not only look like lions but also have lions’ hearts.

The male Giant Alaskan Malamute is at least 35 inches tall and weighs more than 100 pounds. Even though they are big, the Alaskan Malamute usually lives 10 to 12 years. They are generally healthy, but they can get gastric torsion, seizures, hemeralopia, and polyneuropathy from time to time.

Malamutes are very independent and love to work when it comes to their personalities. He needs a daily task and a lot of exercises to keep him busy. Otherwise, this four-legged beauty will do his own thing if he isn’t told what to do and properly trained. 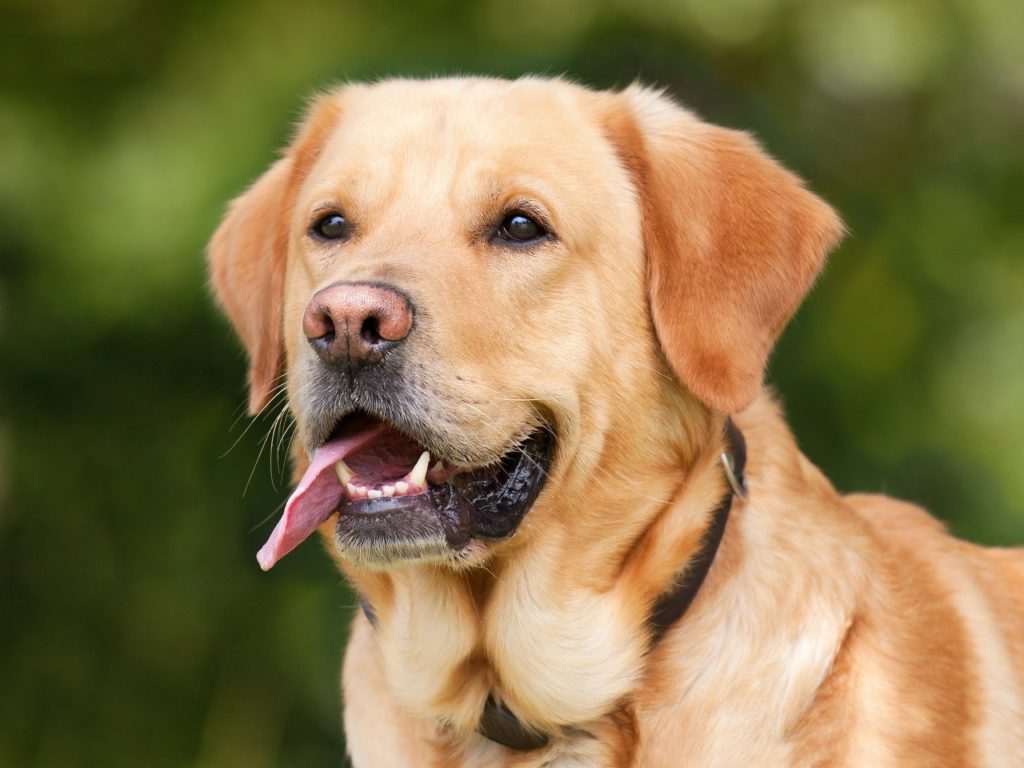 The Labrador retriever is without a doubt one of the most popular dog breeds. They are happy, friendly, and full of energy, and they love their families a lot.

Labrador Retrievers are not only one of the most popular dog breeds, but they are one of the longest-living ones! The general lifespan of a Lab is about 12 years, while chocolate Labs live somewhat shorter lives with an average lifespan of 10.7 years. No wonder they are a big favorite among family dogs.

Labradors can grow up to 24 inches tall, which puts them in the category of medium-sized to large dogs. A small female weighs 55 pounds, while a big male weighs 85 pounds.

The Labrador retriever has a reputation for being one of the breeds with the nicest personalities, which is true. These animals like people and also get along with other animals. They are friendly and eager to help. 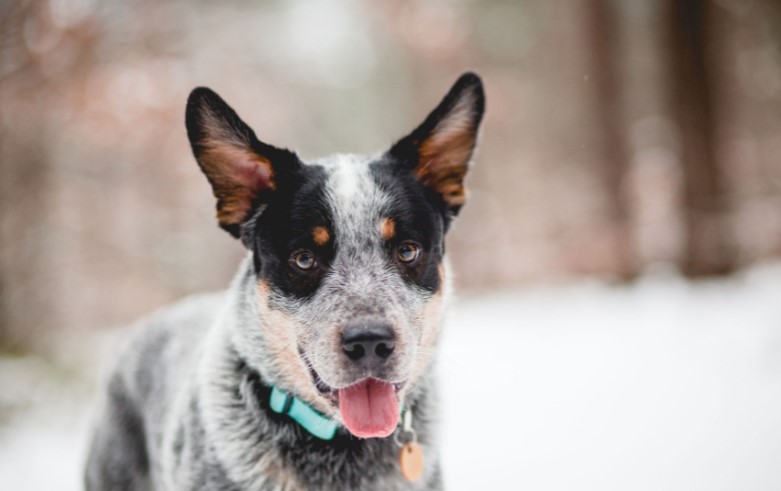 An Australian Cattle Dog is a medium-sized dog that weighs between 35 and 50 pounds. From his paw to his shoulder, he is between 17 and 20 inches tall.

They usually live for 12 to 16 years, which is a pretty long time. This is a great amount of time for a dog to live, but he needs your help to stay healthy and get to that old age, those 16 years. You should keep up with vet visits, feed them a healthy diet and provide enough exercise to keep your dog healthy and happy.

The Australian Cattle Dog is a very smart and active dog in terms of its personality and traits. This dog is also a very hard-working dog that does best when it has a job to do. This breed offers everything you could possibly want in a dog and is a good choice for many active families.

What is interesting, according to the Guinness World Records, the oldest dog ever recorded was Bluey, an Australian cattle dog who lived in Australia! Bluey lived an incredible 29 years and 5 months! How she did do that? Well, she always stayed active! Bley worked with sheep and cattle throughout her life, and as we know enough exercise and a healthy diet can increase the average lifespan of a dog.

What is the longest-lived dog? – Small dog breeds that can live the longest 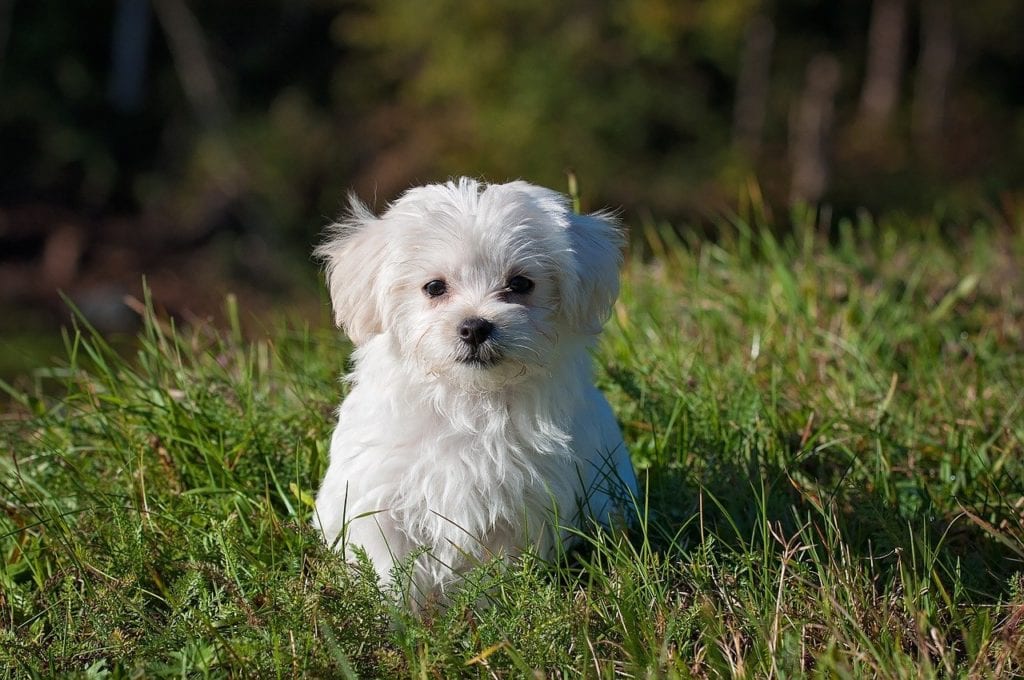 The small Maltese shouldn’t weigh more than seven pounds when it’s fully grown and be between eight and ten inches tall.

Maltese are usually healthy, and because of their small size, they live very long lives. Maltese dogs usually live for around 15 years, but the oldest Maltese ever was 20 years old.

The Maltese dogs are a kind and brave dog breed that treats everyone like a friend. Maltese dogs can have a lot of energy, even though they look delicate and noble. Your Maltese will want to please you, but he can be hard to potty train. 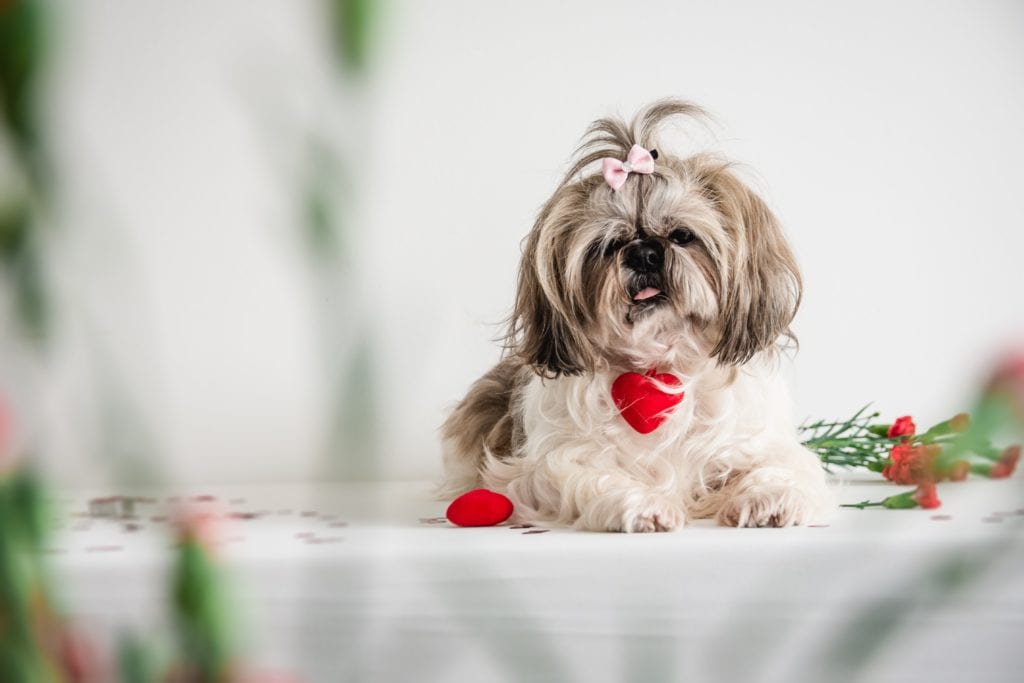 The Shih Tzu comes in many different colors

The Shih Tzu is between nine and ten and a half inches tall and weighs between nine and sixteen pounds. Shih Tzus live between 10 and 16 years because they are a small breed. Some breed representatives have stayed with their owners for as long as 18 years.

When it comes to their personality, love is the most important thing for them, and your lap is their favorite place to be. They are happiest when they are with their family and giving and getting attention. In short, Shih Tzus are truly great dogs! 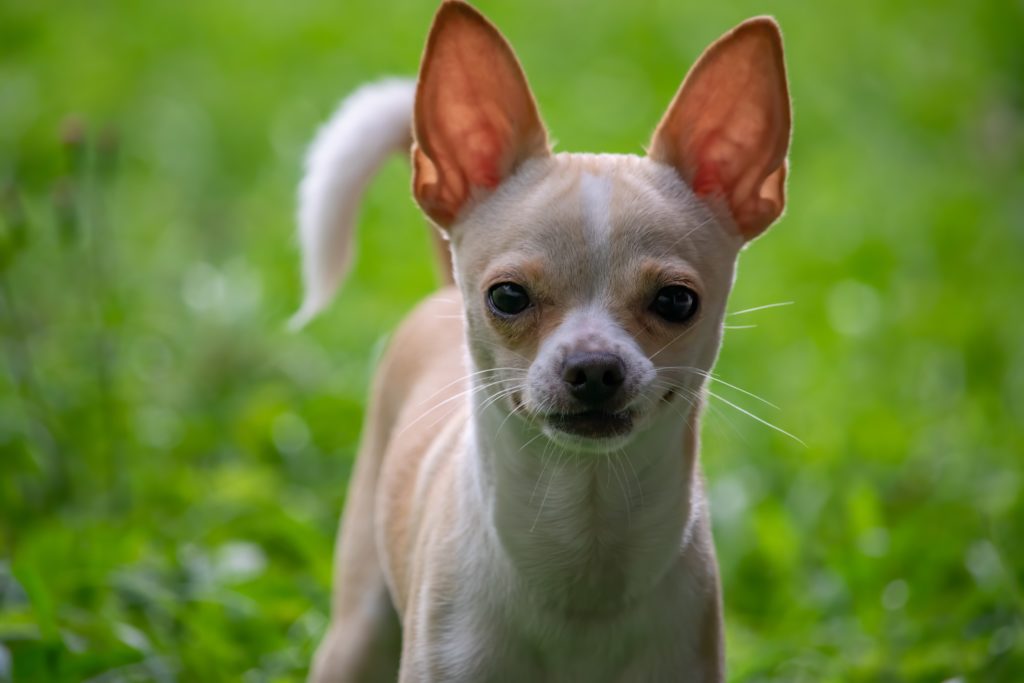 Chihuahuas are very small dogs, but they live a long life

The Chihuahua is one of the smallest dog breeds, standing 5 to 8 inches tall and weighing about 6 pounds. Because they are so tiny, they tend to live a long time and definitely belong on our longest-lived dogs list. The Chihuahua is a breed that lives up to 18 years. Impressive, right?

Besides their size, Chihuahuas are one of the healthiest dog breeds in general, which helps them live longer. But it is up to their owner to make sure they get the best care possible in order to live their best life and longest life!

A typical Chihuahua is brave, alert, and cautious around new people. Because of these things, Chihuahuas make great watchdogs. But because they are so small they don’t make good guard dogs.

Chihuahuas are also quite sensitive and like to be around people who care about them. It’s interesting that a Chihuahua will often bond with only one person in the family. Despite that, they can make good family pets.

The Dachshund breed or the Sausage dog must be bn on our longest-lived dogs list.

The average Dachshund is 16 to 32 pounds and 8 to 9 inches in height. The Dachshund’s compact build means they can live a healthy and long life. The typical lifespan of a Dachshund is between 12 and 16 years.

Now, let‘s say something about their personality. Small in size but huge in attitude, that’s what Sausage dogs are. Their enormous personalities make them seem less like dogs and more like little people. Dachshunds are known for their warm personalities and devotion to their owners. If raised with children from an early age, they make great family dogs as well.

Last but not least, we will talk about the Jack Russell Terrier.

Different sorts of Jack Russells were developed for usage in various environments, resulting in a broad range of sizes. They may be anything from 13 and 17 pounds and 10 and 15 inches tall at the shoulder. The average lifespan of a healthy Jack Russell Terrier is between 10 and 15 years. Which is very good for a small dog.

Small in stature but big in personality, the Jack Russel Terrier is a joy to have around. Everything that life has to offer piques his interest, and he revels in it. Beyond that, he’s hilarious, affectionate, and a devoted friend. If he even gets the slightest opportunity, he will go through the streets and jump the fences to get what he wants. He’s bright, but his headstrong nature might make him challenging to teach.

Lastly, if you have the time, energy, and commitment to give your Jack Russell Terrier the care, training, supervision, and structure he needs, he will reward you with love and joy.