It’s no secret that Frenchies are one of the most popular dogs in the United States. The rise of the Frenchie in recent years is undeniable. In fact, the American Kennel Club ranked them the second most popular dog breed in 2021. But there is a rare variation of these top dogs that recently took the canine world by storm, the fluffy Frenchie. Fluffy French Bulldogs are true treasures in the Frenchie world. They don’t have the usual short coat that these dogs are known for, thanks to a rare recessive gene responsible for the fibroblast growth factor. But are Frenchies more expensive than the ones with short hair? In this article, we will answer all of your questions about the fluffy French Bulldog cost.

How much is a fluffy French Bulldog?

The massive rise in popularity of these dreamy Bulldogs definitely also had an impact on their price. Due to their unique coat texture, fluffy Frenchies are always more expensive than the ones with the short coat of the breed standard. While the average price of a Frenchie is $3,500 to $4,000 depending on your location, for a fluffy French Bulldog you will have to pay about $12,000.

One company, named TomKings puppies, has been offering fluffy Frenchies at the price of $22,000, which is insane! It’s no wonder that A-list celebrities like Kim Kardashian looked into getting one of these dogs. They became a status symbol. So there is no question that these dogs aren’t the right option for the average Frenchie enthusiast. You have a variety of colors to choose from even with regular Frenchies. 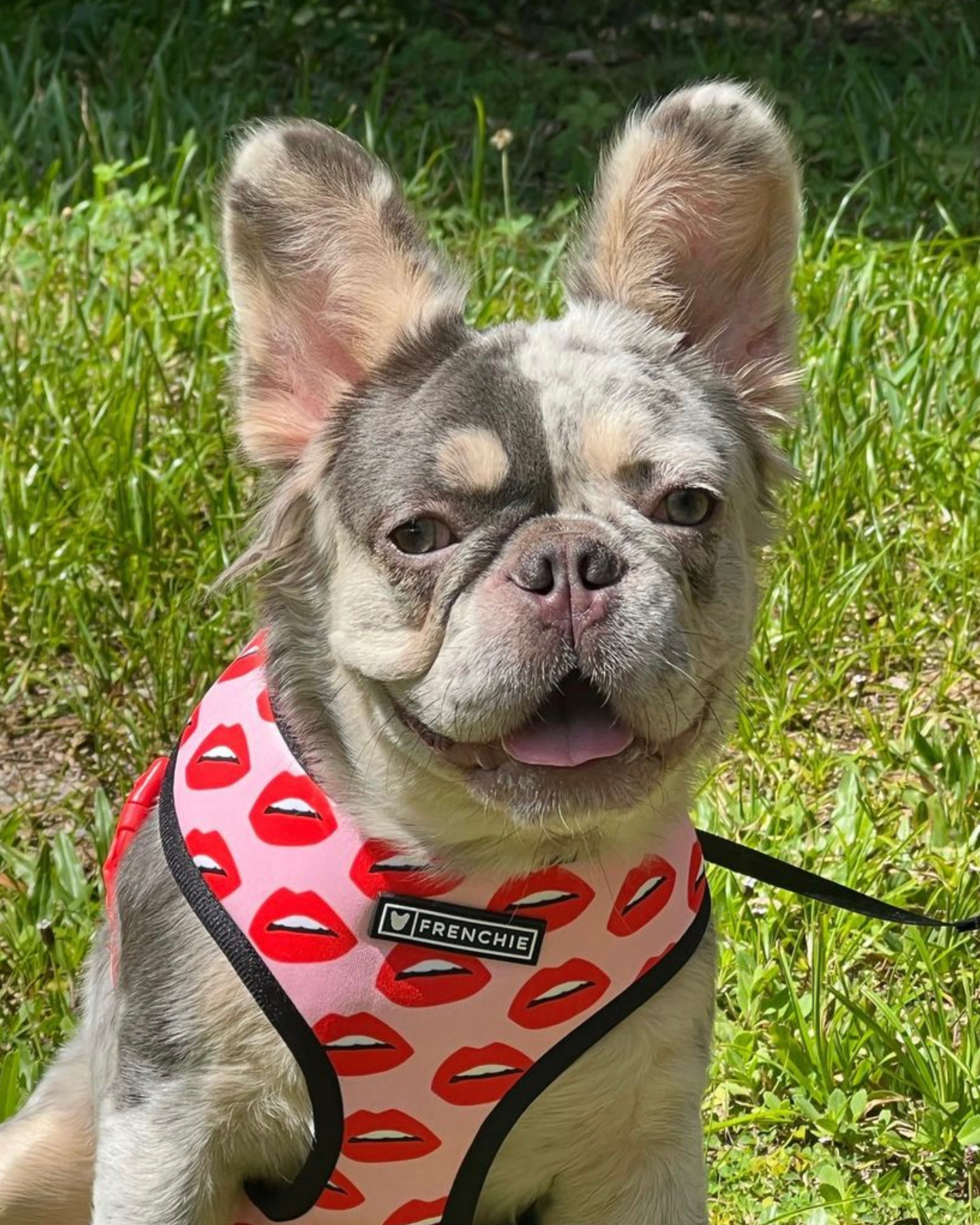 Remember that French Bulldogs need artificial insemination, which partially explains their high cost. In addition to that, their steep rise in popularity is to blame as well. These are the prices from reputable Frenchie breeders. We would highly suggest staying away from cheap French Bulldog puppies, as there is a very high possibility that these dogs could be sick.

What does the price depend on?

You might be wondering why the price of fluffy Frenchies is so high. Well, besides being rare, there are also other reasons for this massive price tag. So let’s see what factors determine how much you will have to pay for your future puppy.

The most important thing that won’t only determine the price of your puppy, but also any potential health issues, is who you are buying from. When you are getting yourself a dog, you have a few options available. You can buy your dog from a reputable breeder, a puppy mill, a backyard breeder, or an animal shelter. Let’s make it clear right away that your chances of finding a fluffy Frenchie at an animal shelter are slim to nonexistent. Therefore, in reality, you only have three options left. 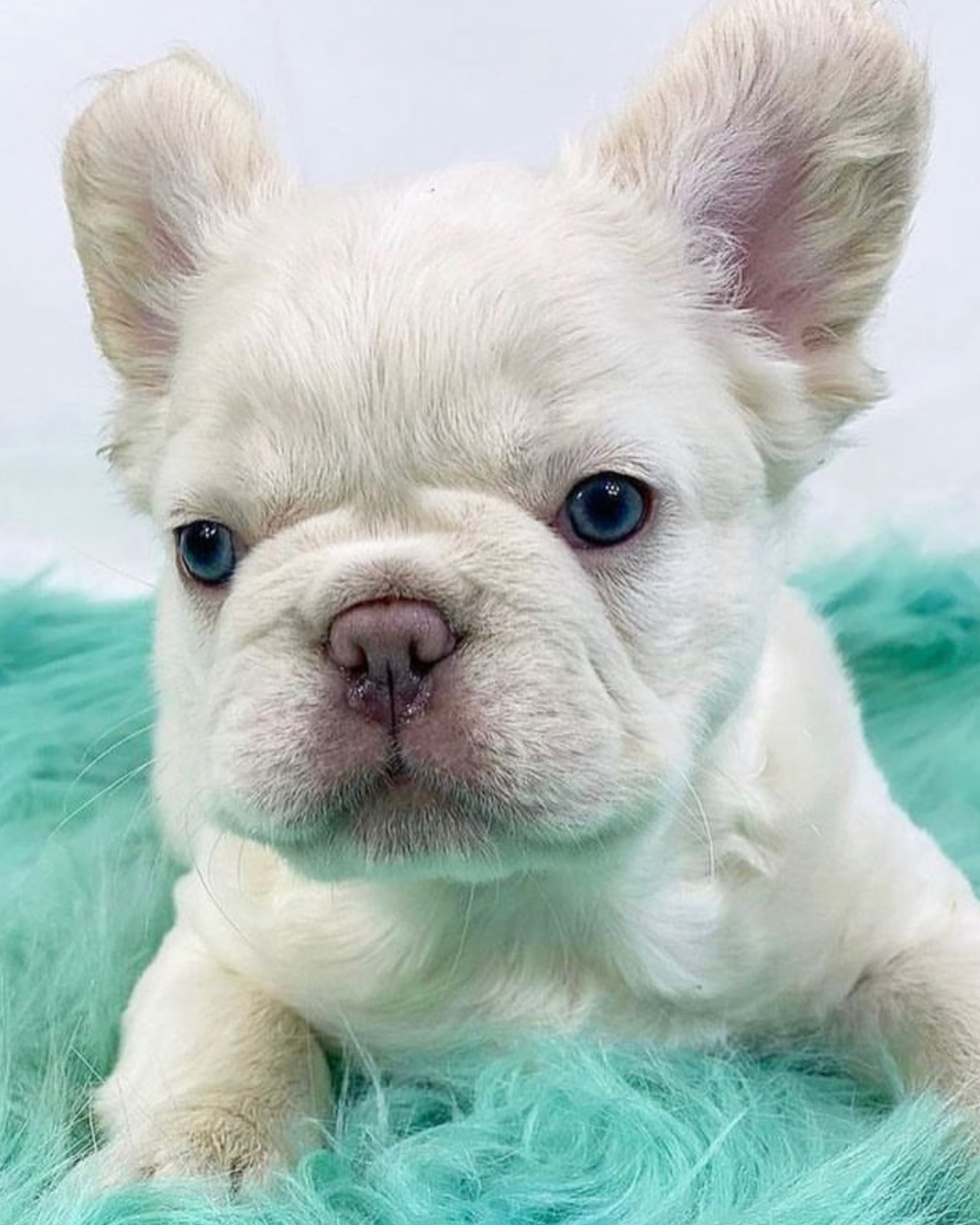 While fluffy Frenchie puppies will cost you the most when buying from a reliable breeder, this one-time expense will be so well worth it. Unlike unscrupulous breeders, who are only in it for the money, reliable Frenchie breeders do the necessary health and genetic tests to ensure you end up with a perfect pooch. On the other hand, puppy mills and backyard breeders are only looking to make as much money as possible. Therefore, you are risking ending up with a dog that has a number of different hereditary diseases.

The second factor that determines the price of your dog is things like his age, gender, and coat. When it comes to age, most Frenchie puppies are sold at the age of 8 weeks. Your dog is still young enough to be trained to your liking, but old enough to be fine without his mother and siblings. Some breeders will charge more for male puppies, however, that isn’t that common nowadays. In most cases, the price will be pretty much the same for a male and female puppy. And when it comes to the coat, fluffy Frenchies have rare long fur, so the fluffy Frenchie price will be higher than for a regular French Bulldog.

How much does it cost to upkeep a fluffy French Bulldog?

Your expenses won’t end once you bring your puppy home. You also have to feed them, train them, groom them, and take care of their health. All of that costs money. But considering the price at which these puppies come, these expenses are pretty reasonable. So let’s take a look at all the other French Bulldog puppy expenses.

The cost for this will depend from dog to dog. Because these dogs are so easygoing, they don’t need much exercise, and they are also relatively easy to train. If you are one of those people who aren’t too good at dog training, we would suggest enrolling your dog in puppy school. Your posh pet will learn all of the basic commands, and you will have it much easier in the future. That will make them better companions, and you two will have an easier time together. Puppy school costs around $200 to $250, depending on where you live.

These are small dogs, so they don’t eat a lot of food. However, you have to make sure that the food they eat is healthy and balanced. We would suggest investing in high-quality dog kibble, but you can also cook the meals yourself at home. The one thing that you have to take care of is that his diet is rich in nutrients, and protein. On average, they just need 2 cups of food a day, or about 30 to 40 calories a day. Make sure you break up this amount into two to three meals a day so that your dog never gets hungry or overfeeds. 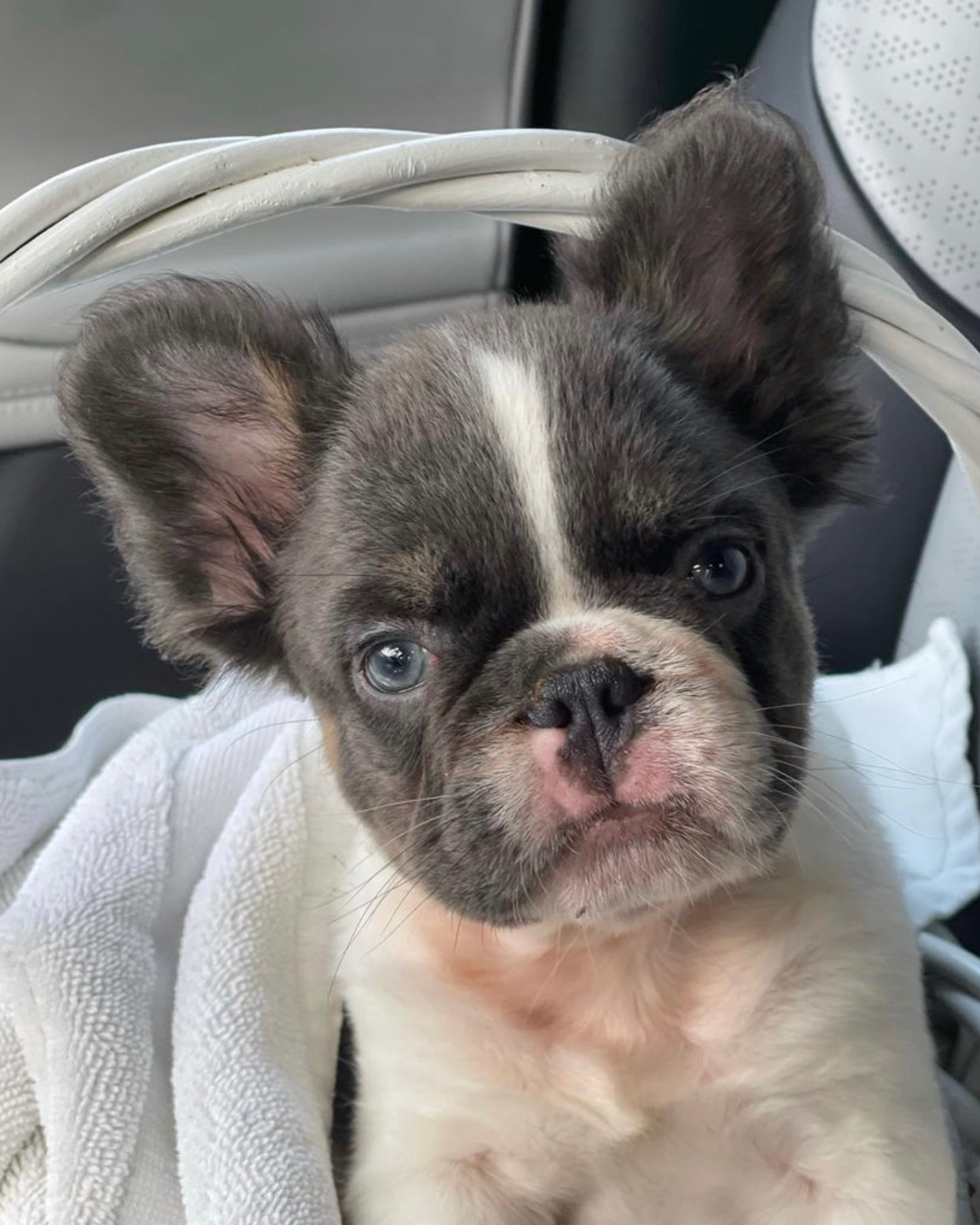 When it comes to grooming a fluffy Frenchie, it’s pretty easy. Even though they have a longer coat, you don’t have to brush them more often than once to twice a week. Bathing once a month will be fine too. But don’t forget about nail trimming, teeth brushing, and ear cleaning. Depending on owner to owner, you can either do the grooming on your own, or you can hire a professional dog groomer. But taking into consideration how expensive these puppies are, we highly doubt that $50 to $100  of grooming costs will be a problem for their owners.

Just like with any other brachycephalic breed, Frenchies aren’t the healthiest dogs out there. We actually have a whole article explaining the health and lifespan of the fluffy French Bulldog, if you want to learn more details. Because they are prone to a wide range of health issues, we would highly suggest getting pet insurance. So in case of a medical emergency, you will have a way to pay off your vet debt. Also, make sure your breeder tested your puppy for all of the common hereditary diseases like patellar luxation, hip dysplasia, other hip problems, and eye problems.

Many of these conditions even require surgery, which could cost you thousands of dollars if you don’t have pet insurance. That’s why you have to make sure two things: you are buying from a reputable breeder, and you are taking your dog to his regular vet visits. That will help that even if your dog does get sick, he will be diagnosed on time. If a disease is diagnosed early on, the treatment options are much better, and the chances of your dog completely recovering are higher. 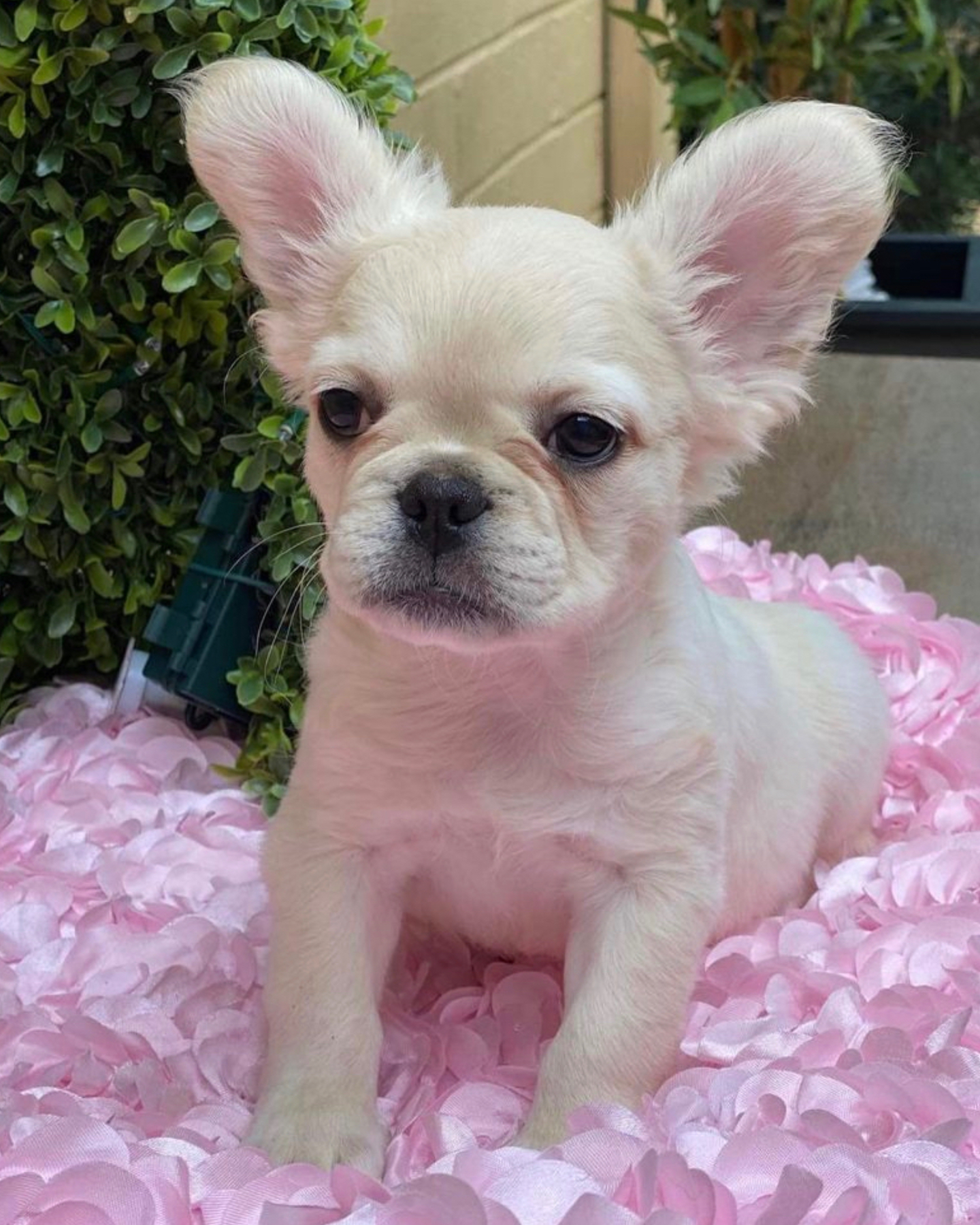 In conclusion, the fluffy Frenchie can be considered a luxury dog. Not because they have expensive taste, or maintaining them costs a lot of money, but simply because the price of these puppies is so ridiculously high. This breed is popular as it is, and a rare variation of them will definitely catch all the attention of the people you are surrounded with. However, that doesn’t mean that these long-haired Frenchies are in any way superior to regular French Bulldogs.

If you are in the market to buy a Frenchie, and you aren’t too concerned about owning a rare dog, just go for the regular short-hair version instead. It’s not all in appearance, the most important thing is you and your dog get along together, right? And even with a short coat, these dogs are just as adorable. So save yourself thousands of dollars and leave these dogs to the people who thing they can earn the respect and love of other people with expensive and luxurious things.