The Golden Shepherd is a unique-looking dog, but is the Golden Retriever German Shepherd mix a good dog, a good pet? Before getting a dog, no matter which breed of dog, many people ask the same question “Is this a good dog?”.

Don‘t come at us now screaming that all dogs are good boys and girls. We know that, but that‘s not what we mean. We mean whether the traits of that specific breed, its personality, and its health are right for a certain type of person or family. A Chihuahua and a Pitbull are complete opposites, so obviously they wouldn’t fit into the same type of family. And that is exactly why we are writing this article, to help you, dear reader, find out whether the Golden Shepherd would be a good fit for you.

In this article, we will cover some basic information that might help you answer the above-stated question. If you want to know more, feel free to check out our article “German Shepherd Golden Retriever Mix: The fun dog“. In that article, we go into great detail describing this designer dog.

Before we get into the article we will probably have to disappoint one or the other reader. Sadly, we won‘t be able to tell you exactly whether or not the Golden Shepherd would be a good dog for you. We can tell you that they make great pets, but it also depends on their family, surrounding, training, and so on. Basically, for a dog, of any breed, to be a good dog, they need a good, responsible owner.

What we can do is tell you a bit more about this mixed breed dog, to make it easier for you to find out if they would be a good fit for you and your family members. In the end, only you can truly know if this would be a good dog for you.

In the next section of this article, we will give you concise answers to frequently asked questions about Golden Shepherds. Through these questions and answers, and by reading our in-depth article on this crossbreed, you should be able to determine whether the Golden Retriever German Shepherd is a good dog for you.

1. What is a German Shepherd and Golden Retriever mix called?

Are they accepted by the American Kennel Club?

The Golden Shepherd is a designer dog, it is a crossbreed. As with any other crossbreed, they are not accepted by the American Kennel Club or the AKC for short. The AKC only accepts purebred dogs, such as the Golden Retriever or the German Shepherd.

2. How big is a Golden Retriever German Shepherd mix?

The Golden Shepherd is a designer dog, they were created by mixing a Golden Retriever with a German Shepherd. This means that there is no exact breed standard therefore there is no rule as to how big or how small the offspring of this mix should be.

With designer dogs, we usually get an estimate of how big the adult dog might get judging by the size of its parent breeds. The Golden Shepherd is somewhere between 22 and 26 inches tall, and they will weigh between 55 and 85 pounds. Generally, the female dogs will be somewhat smaller than the males.

4. Is the Golden Shepherd a good family dog?

Yes, Shepherd mixes are overall great family dogs and, depending on the other mix, great working dogs and guard dogs.

5. Is the Golden Shepherd good with kids?

Are German shepherds good with kids?

If raised with children from a young age, a German Shepherd will be loyal and get along well with them. A German Shepherd has a lot of energy, which makes him a great playmate for kids who are always on the go. But, you also need to be careful and never let your child play alone with the dog. There are so many accidents that could happen.

Are Golden Retrievers good with kids?

6. How long do Golden Shepherds live?

You can help your dog live a longer and happier life by making sure they are at peak health. You can achieve that by feeding them a balanced diet and healthy diet and making sure they get much exercise through walking and different games.

Does the Golden Shepherd have health problems?

This means, that the Golden Shepherd still can inherit several health issues and health concerns from its parent breeds, such as:

7. Will the Golden Shepherd bark much?

Generally speaking, the Golden Shepherd is not a big barker. They won‘t bark unless there is a reason. This puppy is friendly and loves to be right in the middle of family fun. He gets along with everyone in the family. He is also friendly with people he doesn’t know. 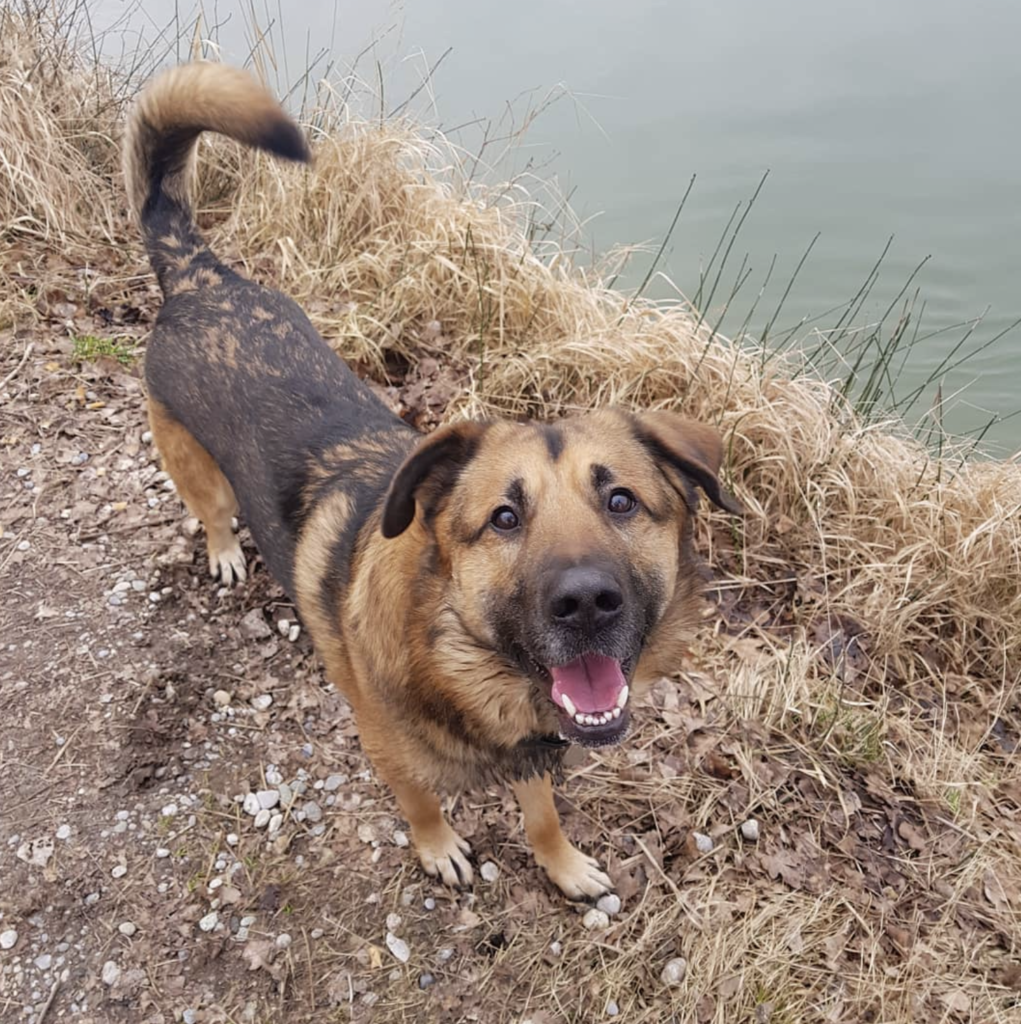 Do Golden Retrievers bark a lot?

The Golden Retriever is a true family companion and usually trusts people unconditionally. This means that they don’t bark too much and don’t usually go crazy and bark over small things or for no reason. Also, he will frequently bark to alert his master when someone is approaching the gate, but this is more of a greeting bark than a danger bark.

Does the German Shepherd bark a lot?

Unlike the Golden Retriever, the German Shepherd is a guard dog. This means that they bark a lot. Even if you properly train and socialize them, they might still bark in situations where they feel threatened.

8. How much is a Golden Shepherd puppy?

Surprisingly not as expensive as you would think! A Golden Shepherd puppy can cost anywhere between $500 – $800. Obviously, this price is depending on the breeder and other factors like the popularity of the designer dog, how many breeders of this mix there are in your area, the parent breeds, and so on.

While we are talking about the puppy price, we want to emphasize how important it is to buy puppies only from reputable breeders. Please, never buy a puppy from a backyard breeder or puppy mill. You might get your puppy for $100 to $150 cheaper, but you are also risking buying a sick puppy.

9. Where should your puppy sleep the first night?

This is more of a question about training your dog, rather than it is about the Golden Shepherd. But, many people make a big mistake the first night because they simply don‘t know what to do with their pup.

Even though it seems early to start training, it is never too early if you want a good dog. You should start teaching and training your dog the first day you get them. Obviously, the training should be kept very simple.

Now, where should your puppy sleep the first night? Not in the bed next to you, that is for sure! Your dog should have its own crate where it can sleep from day one. We know that crate training is a bit controversial among some people, but it shouldn‘t be.

A crate should not be a form of punishment, but a place for your dog to lie down and rest. To have a quiet moment when they feel overwhelmed or anxious (especially when you are not around). So, teach your dog to sleep in its crate from the first night you get them.

10. Are Golden Shepherds hard to train?

The Golden Shepherd should not be hard to train. Both its parent breeds, the Golden Retriever and the German Shepherd are very smart dogs who want to please its owner. Because of that exact intelligence and eagerness to comply, this dog breed will be very easy to teach and train!

A Golden Retriever German Shepherd mix is a good dog if the training is right. The best way to train a Golden Shepherd is through positive reinforcement and consistent training, especially when it comes to potty training.