The Carolina dog, also known as the American Dingo or Dixie Dingo, is a purebred dog native to the United States. This dog got the nickname American Dingo because this is the only wild dog in America! But, given that this is a dog that has not been overly bred for domesticated, is the Carolina dog a good pet?

Another interesting fact about this dog is that it is a very rare breed, and because of that there is a widespread misconception that the American Dingo is a mutt or a designer dog. But, even the American Kennel Club recognizes the Dixie Dingo as a purebred dog breed!

In this article, we won‘t talk too much about the appearance or the Carolina dog history. We will actually try and find an answer to the question if a Carolina dog is a good pet!

Where did the Carolina dog come from?

According to Saving Carolina Dogs the American Dingo first caught the attention of humans around the 1970s. That is when they were found running free in South Carolina and Georgia. But, despite being first sighted there, the Carolina dog can be found nationwide.

Carolina dog quick facts: An ecologist working for the Savannah River Ecology Laboratory of the University of Georgia came across these dogs while doing fieldwork onsite in South Carolina!

No one really knows where these dogs came from, but it is theorized Carolina dogs are descendants of dogs that walked across the Bering land bridge with their humans about 12,000 years ago! So we can say that this is not only a wild but also an ancient breed! However wild this breed might be, they have warmed up to people in the last couple of decades. And yes, there are people who keep them as pets.

What is also worth mentioning is that the Carolina dog was registered with the United Kennel Club in 1996, and the dogs were admitted into the American Kennel Club’s Foundation Stock Service in 2017.

These medium-sized canines have the appearance of a tiny jackal, wolf, or sighthound. They are one of the few breeds that have not been modified, molded, or bred to express certain characteristics. Rather, their physical qualities developed spontaneously to assist the dogs in surviving in their habitat.

The Carolina Dog has big, alert ears and a tail that curls upward to its back. They have a medium to long snout and a somewhat widened head, and they are slim, lithe, and athletic. They come in many hues, including fawn, red ginger, buff, black, black and tan, and even piebald (also known as merle in some breeds, like the Merle Australian Shepherd).

How much does a Carolina Dog cost?

Before we get to answering the question if a Carolina dog is a good pet or not, we should cover some basic information, like how much they cost.

If you are interested in getting a Carolina dog you will love to hear that these dogs are not as expensive as you would think. But, it is not that easy to get one. At least not from a reliable and good breeder.

The Carolina dog is a wild dog, it is a primitive dog breed, so there are not many breeders that specialize in breeding them. In fact, according to Carolina Dog Fanciers of America, which is the official AKC parent club for Carolina dogs, there are only six reputable Dixie Dingo breeders!

Obviously, as it is with any breed, the price will depend on different factors such as the region you live in, the breeder you are buying from, how well the puppies were taken care of (if they got all their vaccines), how old the dogs are and so on.

How long does a Carolina Dog live?

While we are talking about the life expectancy of dogs, we need to say that you can do a lot about how long your dog will live! You truly can increase your dog‘s life expectancy. 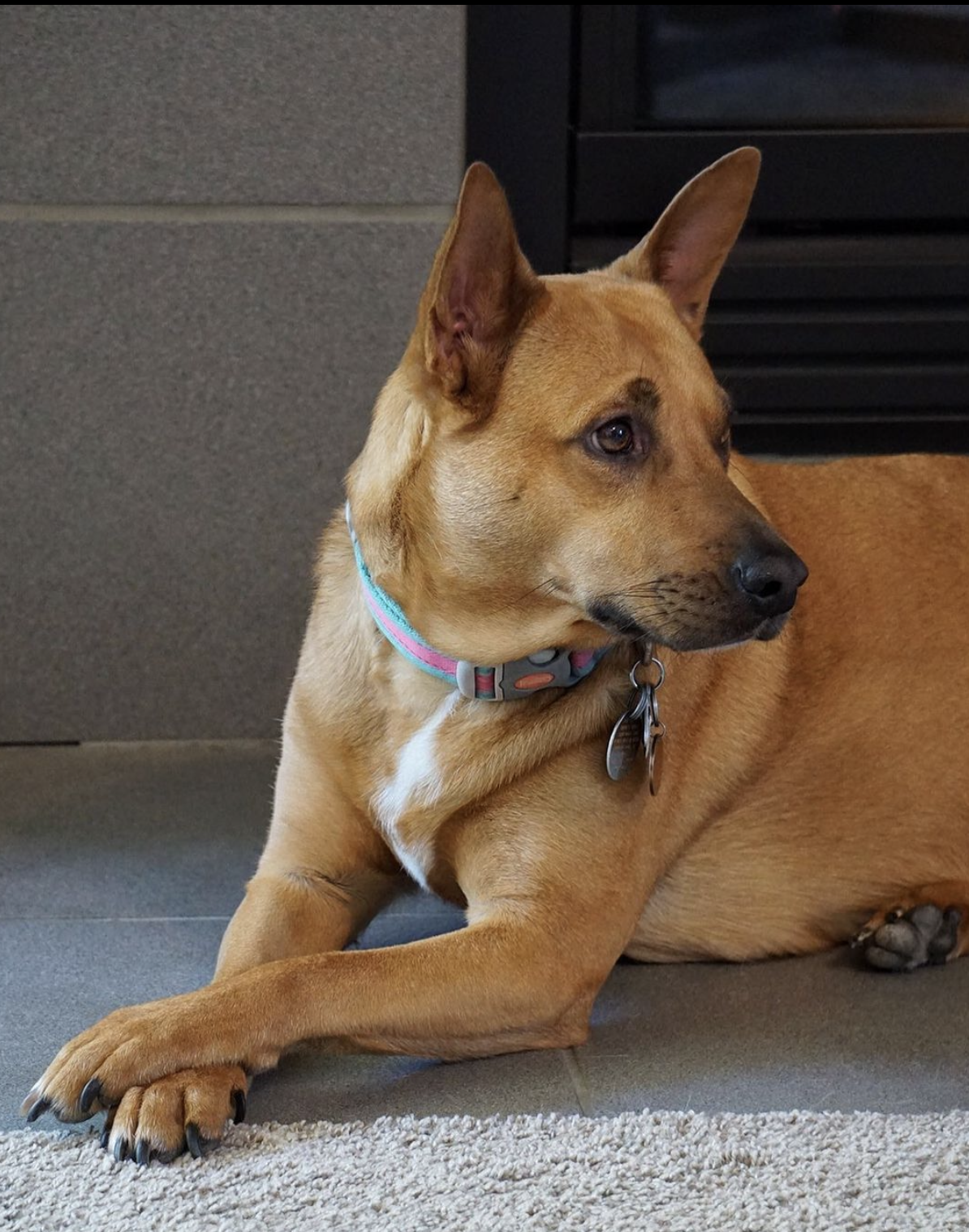 Some of the most important factors that will affect your dog‘s life expectancy are the food they are eating, how often you take them to the vet for check-ups, how important their hygiene is for you, how often you exercise them, and so on. The better care you take of your dog, the longer it will live.

Does the Carolina dog have health problems?

According to the AKC Carolina dogs are generally healthy. Recent research has shown that some are sensitive to ivermectin, so talk to your vet about this before giving any antiparasitic drugs.

But, even though they are generally healthy, there are a couple of health issues every owner should know about and look out for, such as hip dysplasia and elbow dysplasia.

Generally speaking, in contrast to other, more specialized breeds, this one has a low risk of developing genetic health problems.

Nevertheless, keep up with your Carolina dog’s vaccination schedule and frequent examinations at the vet, even if he seems to be in good health.

Is a Carolina Dog aggressive?

The Carolina dog is a breed with high energy needs and high prey drive, but they are not aggressive dogs. It is true that they tend to be a bit shy and wary of humans, they might even bark at you. But this is because they have not been overly bred for domestication.

Carolina dog quick facts: In the 1920s Grover Morrill Allen wrote an article titled “Dogs of the American Aborigines.” In that article, he called the Carolina Dogs “Larger or Common Indian Dogs.” He theorized those dogs were descendants of ancient breeds from Asia. Basically Asian dogs traveled with nomadic tribes across continents over the Bering Strait.

Here is what the breed standard says about the aggressiveness of Carolina dogs:

“A generally shy and suspicious nature is often characteristic of this breed. But excessive fear and aggression or resistance to examination is not desirable. No individual should be expected to be friendly and outgoing, or to enjoy physical contact with strangers.”

Basically, while they are not aggressive, these dogs are also not overly friendly or warm towards people.

Are Carolina dogs good with kids?

They can be. As mentioned, the Carolina dog is not used to being around people. They still have that wild trait to them. They are not scared of us, but they are careful. These dogs won‘t be friendly immediately with anyone they meet.

Now, children tend to be quite loud, which might intimidate the Carolina dog even more. Truth be told, the Dixie Dingo might not be the best option for families with children.

We are not saying that the Carolina dog can‘t function in a family with kids, they can if they get the proper training and socialization. If provided that, they may end up being highly protective of kids and rapidly warm up to them. As pack animals, they might even consider their family’s offspring to be members of their pack.

Yes, the Carolina dog is very protective of its family and territory. They will try and protect you even when there is no danger around. This is why we can‘t stress enough how important early socialization is! You need to introduce your dog to as many different people, places, things, and animals as possible. And while your dog is still a puppy! Only that way will you prevent them from barking at or even attacking strangers.

Their protective nature also requires strong leadership, which means that this yellow dog with large ears is not for first-time owners. They definitely need someone experienced to teach them the right behavior.

Even though the Carolina dog is a wild child, it will only bark when they have a good reason. Usually, the Carolina dog is quiet and keeps to himself. We can say that they are a little shy. But if they do sense danger they will let their owners know! 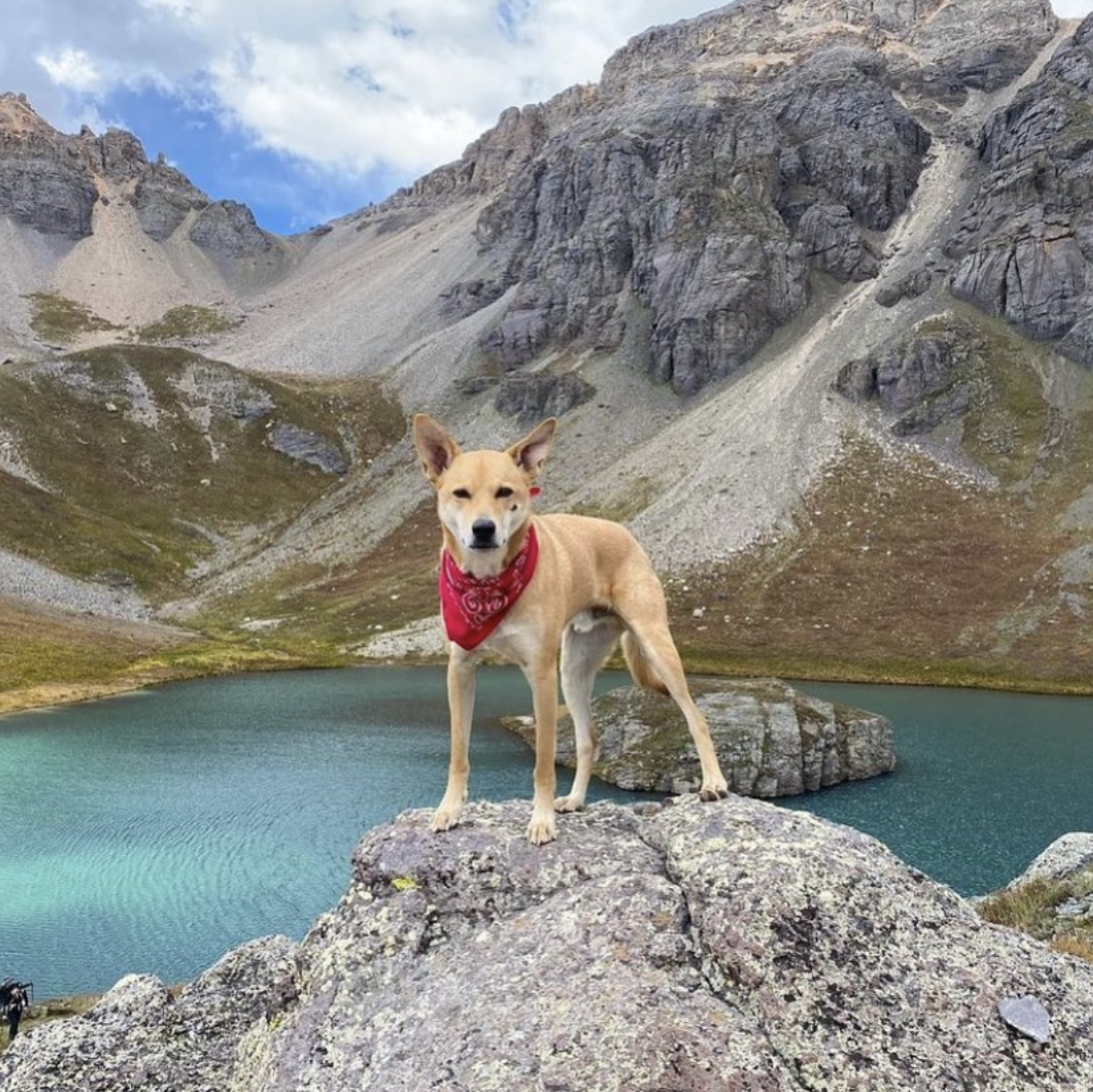 If you find that your Carolina dog is barking unusually much, the cause might be boredom! This breed has physical needs that need to be met (meaning enough exercise, long walks, runs, and hikes) in order to avoid destructive behavior. If they feel bored or under-exercised they will bark, chew or even start showing an aggressive demeanor.

Shedding is an unavoidable part of owning any dog, the Carolina dog included. Yes, the Dixie Dingo does shed quite a bit, especially during shedding season when they are blowing their winter coat.

If you plan on getting a Carolina dog be prepared for weekly brushing. You won‘t have to bathe your dog that often, only if they got into something stinky or are visibly dirty. What is great about this breed of dog is that they are clean dogs and tend to groom themselves just like cats do! So keeping them clean and tidy shouldn‘t be a huge issue for anyone.

Regular maintenance of your dog‘s hygiene and appearance includes clipping their nails and frequently checking them for ticks.

Conclusion – Is a Carolina dog a good pet?

To conclude, despite our title the Dixie Dingo sure can be for some people! They might be excellent pets for people who have time to properly train them and socialize them. Obviously, like it is with any other breed early socialization and regular training are a must. But, in addition to that, they need a lot of space and exercise. They may be a good fit for active households, and for people who love the outdoors. They will also thrive with those who live in rural areas where this breed can roam and run around.

What is great about this interesting breed is that they don’t need much attention from their humans since they can take pretty much care of themselves. Meaning they don‘t require daily brushing or regular baths.

When it comes to children the Carolina dog is not the best option for families with kids. There are definitely breeds that are better suited as pets for kids, like a German Shepherd, Poodle, or Golden Retriever. But, they can get used to kids and can learn to get along with them. It’s just crucial that the Carolina dog get used to a toddler’s noisy antics early on.