We love Micro Bullies. That’s why we have so many different articles written about them. We went over the basic breed information, answered how much a Micro Bully is worth and debunked the myth that Micro Bullies are aggressive. But we didn’t go into a deep dive about how this breed became a thing in the first place. Let’s see what 2 breeds make a Micro Bully and what you can expect from this mix.

What are Micro Bullies mixed with?

The Patterdale Terrier is a small dog with short hair. Most of the time, they are black, but they can also be brown or red. They are very active and have a strong need to hunt. The Patterdale Terrier, which is also called the Black Fell Terrier, is an English breed of dog. These dogs and other terriers like the Airedale Terrier, Lucas Terrier, and Smooth Fox Terrier came from England.

What makes a Micro Bully?

The American Bully Kennel Club (ABKC) recognizes Pocket Bullies, also called Micro Bullies, as a legitimate breed of American Bully. They are prized for being in good health and having a strong body, even though they are much smaller than the Standard Bully.

Micro bullies are an attempt to make a Bully dog smaller while keeping its traditional look. They can be built in a variety of ways, from having a small neck and shoulders to being muscular and strong. The small size is caused by mixing an American Pit Bull Terrier with a Patterdale Terrier.

The goal is then to keep the gene from the Patterdale Terrier that affects size while keeping the traits of the American Pit Bull Terrier. There are some healthy Micro Bullies, but there are also a lot with complicated health problems, so you shouldn’t buy one without doing a lot of research on the breeder.

The ABKC stresses that an adult male Bully must be less than 17 inches (43 cm) tall but not less than 14 inches (35 cm) at the withers to be considered a Pocket or Micro Bully. On the other hand, the female must be between 13 and 16 inches (33 to 40 cm) tall at the withers. 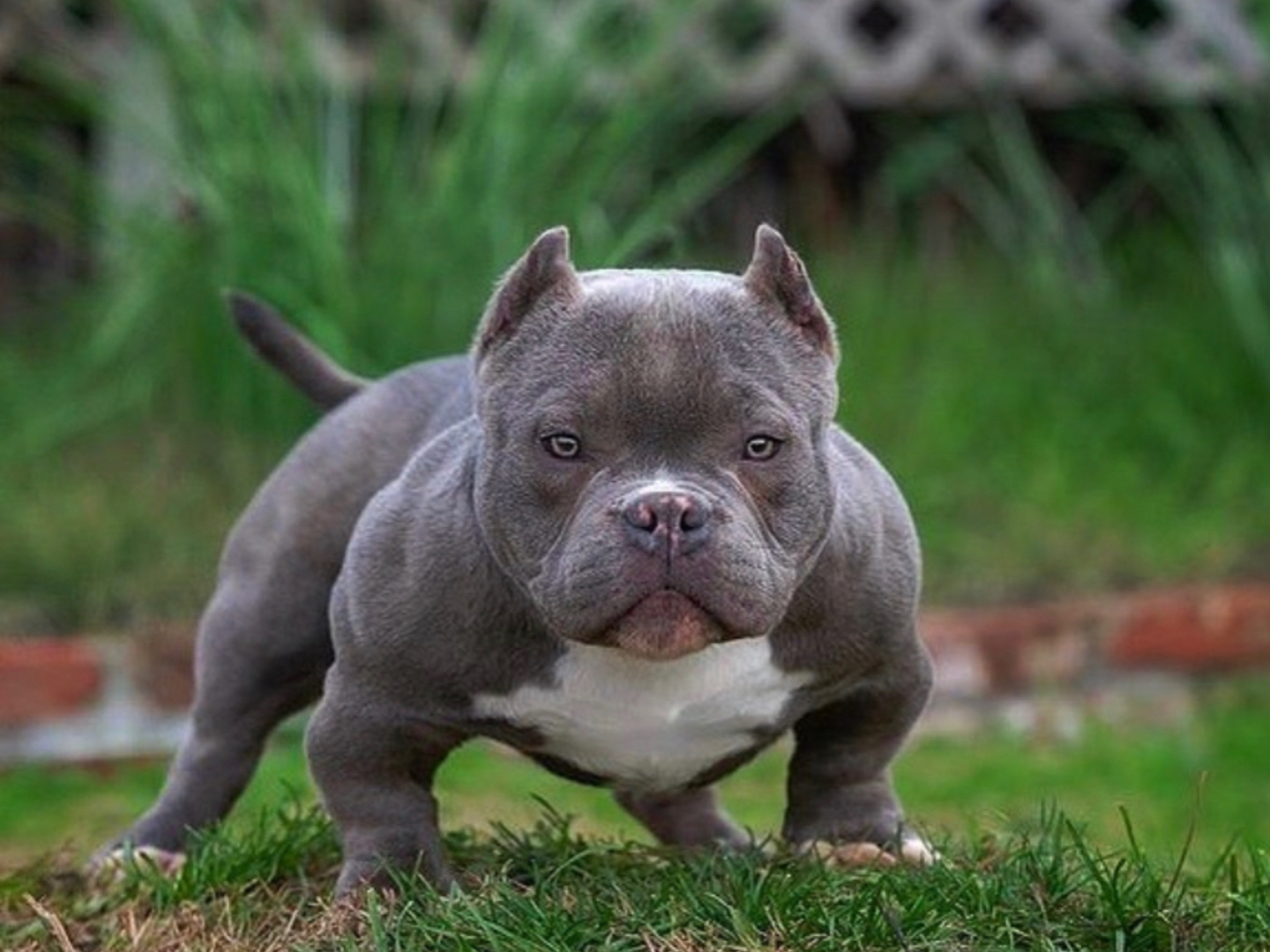 What 2 dogs make an Exotic Bully?

Many people confuse Micro Bullies with Exotic Bulldogs. But there are differences in physical attributes, temperament, breeding, and other things between these two bully breeds. Exotic Bulldogs have the bigger, overdone features of smaller Bulldog breeds like the French Bulldog, Shorty Bull, and Olde English Bulldogge. This is a relatively new mixed breed, and they are the product of mixing an American Bully with a Bulldog. Their bodies resemble the body of a Bully, but they have the short snout that is typical for Bulldog breeds. Most of them are brachycephalic, which means that they will have a lot of trouble breathing. So it’s no surprise that breeding these canines is pretty controversial.

What is a Nano Bully?

The Nano Bully is just a different name for Micro Bullies. There isn’t really that much of a difference between them. If a breeder is advertising his Miniature Bullies as Nano Bullies and says that they are even smaller, know that this is a huge red flag. No reputable breeder would or should breed his Mini Bullies to be shorter than the standard, as that could cause serious deformities in the breed. We will talk about that more a bit later, but these deformities could completely mess up the joints of your dog.

American Bullies aren’t supposed to be “nano”. They aren’t teacup dogs, and even a Miniature Pocket Bully is only a few inches shorter than a regular American Bully. These dogs have very strong and muscular bodies, but short legs. Their legs wouldn’t be able to hold their weight if they were much shorter than they already are. This would put high pressure on their joints, so it’s no surprise that they could become deformed. This could make it difficult for your dog to walk, or run, and it could also be agonizingly painful.

Do Micro Bullies have health problems?

Bully breeds are known to be strong and sturdy. And these small dogs are no exception. Most of them are healthy if you give them the right food and much exercise. But just like the standard Bully, they are still prone to certain diseases. Mixed dog breeds are believed to be healthier than their purebred parents, but it isn’t always that easy. In theory, your Micro Bully could get any of the diseases that his parents are prone to, and even some additional ones that are specific to them.

The most common diseases that these dogs could get are hip dysplasia, cleft palate, cerebellar abiotrophy, progressive retinal atrophy, heart problems, skin diseases, eye problems, back pain, and breathing problems. But thankfully, most puppies that come from reputable breeders should be healthy. As you can tell, most of these health conditions are hereditary. That means that there are tests available to rule out if your future puppy is affected or not. 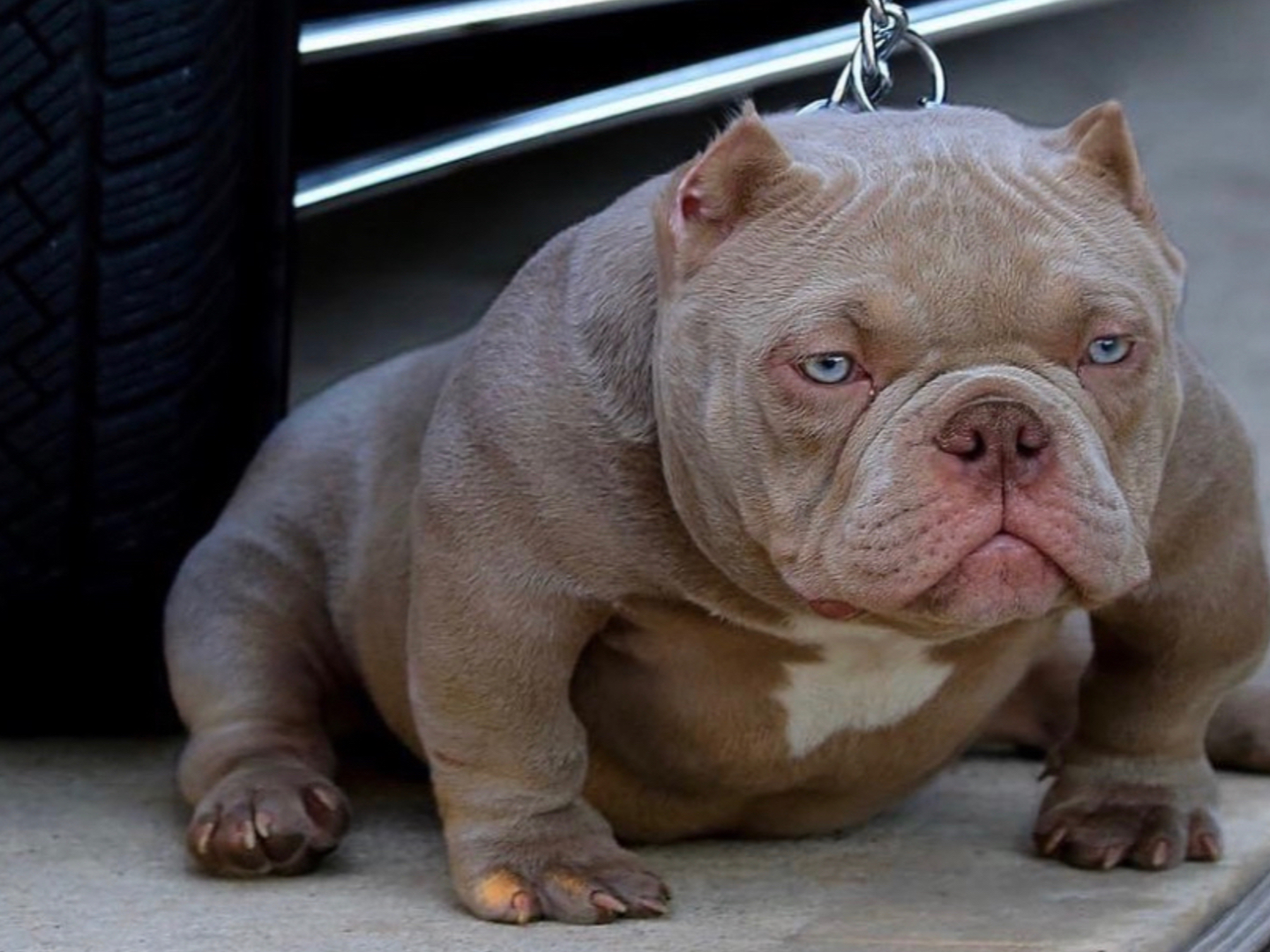 What is the lifespan of a Micro Bully?

Micro Bullies are known for their muscular bodies and excellent health. That’s why it comes as no surprise that they also have a pretty long lifespan. The average life expectancy of these healthy dogs is from 11 to 13 years. But there are records of some Micro Pocket Bullies that lived even longer than that. However, due to the fact that there are so many unethical breeders out there, many of these hybrid dogs are born with different health problems. This could significantly lower their lifespan, and a puppy from a backyard breeder could live as short as 5 years.

The lifespan of a Pocket Bully is determined by his lifestyle too. That’s why you have to make sure that your puppy is eating a balanced diet and getting enough exercise. In addition to that, you also have to make sure that you take your dog to his annual vet visits. That will make it easier to diagnose all possible health issues, and your vet will be able to start the treatment as soon as possible.

be sure to find an ethical breeder and be ready to pay the right price for a healthy puppy.

Different deformities in Micro Bullies can occur, however, they are only a product of overbreeding. Overbreeding can cause different genetic disorders that could significantly impact the health of your dog. That’s why buying from a reputable breeder is the single most important thing that you can do to ensure that you have a healthy dog. A reputable breeder will make sure that the parents of your future dog are tested and screened for the most common health issues that could occur in this breed. The most common deformities are joint deformities, which decrease the mobility of your dog. Some of them are also bred to have a shorter muzzle, which could make it difficult for them to breathe.

Are Micro Bullies recognized by the AKC?

No, they are not. As newer mixed breed dogs, the Micro Bully can’t be registered with the American Kennel Club. However, you can register them with the American Bully Kennel Club, and the United Kennel Club. But not being able to register your dog with the AKC doesn’t mean that they can’t make good pets. This should only be an issue for you if you want to take part in dog shows with your puppy. Most dog owners shouldn’t worry about it at all.