The blue Weimaraner is known for its unique color

Weimaraner dogs have beautiful, shiny grey coats. That’s why some people also call them “Grey Ghost”. But, did you know there is also a blue Weimaraner?

Even though this breed is called “Grey Ghost”, that’s not the only color they come in. The AKC says there are three standard colors of the Weimaraner:

They can be many other colors, it’s just that in the US kennel clubs only accept these three colors. But, that’s not our today’s topic. In this article, we’ll talk more about the blue Weimaraner and what makes them special.

Blue Weimaraner – What to know

First, let’s cover some basic informtin about the Weimaraner. This dog is a medium-sized to large size hunting dog.

Males Weimaraners are between 25 and 27 inches tall and weigh between 70 and 85 pounds. Females are a bit smaller with 23 to 25 inches in height and are 55 to 70 pounds heavy.

They look very elegant but are at the same time strong and muscular. These dogs have broad and long ears that are reaching around the corners of their mouths.

Weimaraners have amber-colored eyes, but during the first few weeks of their lives, they’ll have blue eyes.

We’ve already said that the blue Weimaraner is typical for the US. It’s basically an American variety and almost unheard of in the rest of the world.

This dog was imported in 1949 and actually got its German papers in 1950. So, the Germans said he was a purebred Weimaraner. However, soon after that, the German Weimaraner club said that Casar was a crossbreed. There is no answer as to why they changed their minds.

Today blue Weimaraners are accepted by AKC but they aren’t allowed to participate in all the events.

The biggest controversy around the blue Weimaraner is linked to the “Weimaraner Club of America”. They disqualified the coloration in 1971. Even today there is a lot of controversy and bias around this color.

It’s also important to say that the Blue Weimaraner is not that rare. But they are very popular, which amps up their price. But more on that later.

Are they really blue?

I’m sorry to disappoint you, but these dogs aren’t really blue. The blue color is actually a diluted black. It’s basically a grey color but with a blue hue to it. As we’ve already mentioned, you probably won’t ever see a blue Weimaraner outside the USA. But they are slowly making their way to other countries too.

Now, there are two shades of blue in this breed: light blue and dark blue.

But where does that blue color come from?

Now, even though there are so many coat colors in dogs, all of those colors come from only two pigments:

Both of these pigments have “set” colors that can be modified by different genes. Simply put these genes dilute the pigment into other colors.

This dilution gene is the D locus. It lightens the coat from black or brown to gray or blue or pale brown. And, as already mentioned the blue is a diluted black color.

As already said blue Weimaraners aren’t rare, but they are popular which makes them more expensive too.

Weimaraners usually cost around 700 dollars, they are among the cheapest purebred dogs you can buy. Of course, if you get a Weimaraner from a really good breeder and depending on the parent dogs’ lineage they can cost up to 1000 dollars.

But, blue Weimaraners can cost a bit more, they will cost you between 800 and 1200 dollars.

But, if you’re buying a blue Weimaraner be careful from whom you’re buying. There are many bad breeders that will take advantage of you and rip you off just because the Weimaraner has a blue coat.

Make sure to do enough research and find a good, reputable breeder. Someone who won’t only is after your money.

It’s important to choose a good breeder because of the health of your dog too.

A reputable breeder will provide you with a complete medical history, including the vaccination information of the puppies and parents. They will also make hip and elbow scores available to you.

This way you can be sure your dog is healthy and doesn’t have any of the most common health problems.

Weimaraners can also suffer from eye problems and thyroid problems.

A lot of controversies are following the blue Weimaraner, but that doesn’t take away from their beauty. These dogs are amazing with a great nature. They are loving, kind, and very smart!

They can learn any trick or command you can think of. But, it’s important to start training them early as well as early socialization.

Also, when training them the best approach is positive reinforcement, you can also have a few treats in your pocket to motivate them even more. They are great family dogs too, you just have to teach your child how to behave with the dog. So, no pulling on their ears or tail. We would suggest never to let your small child play with your dog unsupervised. Weimaraners are big dogs, so accidents can always happen. 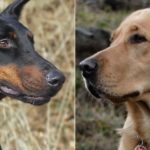 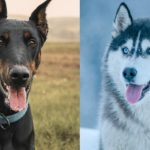