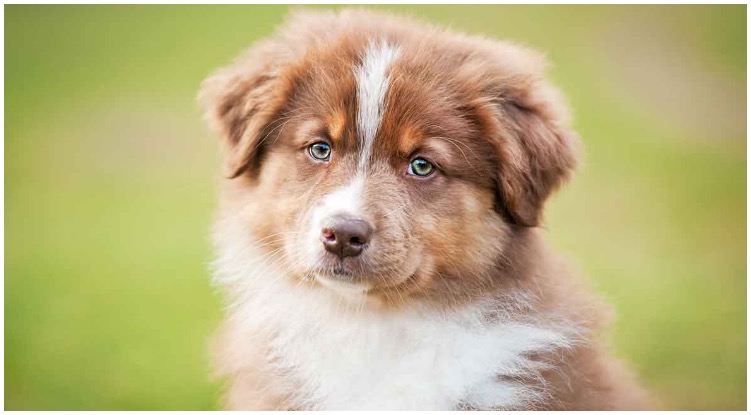 Have you ever heard of the German Australian Shepherd mix? You can probably guess from which countries these dogs come from. It is a beautiful cross and these pups are a hybrid between the German Shepherd and the Australian Shepherd. Although both parents are classed as herding breeds, they have different physical builds and breeding histories. Combined, they create a beautiful, obedient, intelligent, and energetic dog. Want to learn more? Keep reading!

You should know that these dogs are somewhat adaptable, but more than anything, they need plenty of exercise and prefer plenty of room to roam. This is the reason why they are not good apartment dwellers. If they don’t get heaps of exercise but instead, stay cooped up in a small apartment, they are likely to become somewhat destructive. And you probably don’t want that.

In general, these dogs are excellent pets, especially if you want to train a working dog. If you are interested in adopting a German Australian Shepherd, and before you do that, read on to learn all you need to know about the breed, their history, and caring for them properly. Shall we start?

Same with anything on the market today, the price of a German Australian Shepherd varies quite a bit. You should know that both parent breeds are expensive, especially if they have a pedigree. Also, if one of the parent dogs used in the cross to produce a German Australian Shepherd has a good family background and high-quality breeding, your puppy is bound to be more expensive.

Now let’s talk about the price of the dogs. The average cost for a German Shepherd runs between $500 to $1,500. So by taking this into count, the average pup should be around $800.

That’s the cost of a German Shepherd. However. the Australian Shepherd is also quite popular but is not as common in North America as the German Shepherd. They cost between $600 to $800, depending on the breeder you buy them from and their pedigree.

Hybrids are almost always less expensive than the average price for a purebred puppy – which does make sense. When we sum up everything and look into the price of a German Australian Shepherd, they are often circulating between $300 and $800. Not so much, huh?

It’s a very important thing when it comes to Shepherds. German Australian Shepherds are highly sought-after because of their great personality. However, these dogs are loyal and can be trained to protect if you need them to. Also, they tend to be good around and accepting of strangers if they have been appropriately socialized.

You should be aware that this breed needs to get plenty of exercise. As we mentioned before, they are Shepherds, and these types of dogs need to exercise.

The German Australian Shepherd is known as a high-energy breed. Which means they will need about 2 hours of activity spread throughout the day and at least 25% of this time should be higher intensity. You can do plenty of things such as walks, hike, swim, take them to the dog park, run, or work. If you don’t have enough time, and you are not an adventure person, avoid getting a Shepherd.

You probably think that training a dog such as this one could be complicated? Training a dog as energetic as Shepherd doesn’t have to be complicated. Another reason that they make such wonderful pets is their trainability and willingness to apply a lot of things. The fact is that both parent breeds were bred to be obedient working dogs. That makes their cross also easy to train – as mentioned before. Use plenty of positive affirmation and repetition, and you will have a wonderful, well-trained dog, and what’s most important, a lifetime friend.

This one could be a problem. Grooming these dogs can take time and concentrated effort. You should be aware that they have a double coat that they inherit from both of their parents. Which means you will need to do plenty of grooming to keep their coats in healthy shape and mitigate the amount of fur that falls out.

Also, German Australian Shepherds will experience a seasonal phenomenon called “blowing their coat.” When will this happen? This happens as the seasons change during the spring and fall. During this time they will lose gobs of hair and shed much more than usual. The best option is to take them to a groomer at least once during this period to most effectively get rid of the shedding hair. You don’t want to have a problem with these, right?

Crossing these breeds tends to enhance their health rather than detract from it as with many other breeds. However, the German Shepherd in particular suffers from many bones and joint concerns, like hip dysplasia, because of their sloping back. Since the Australian Shepherd’s build is different, it helps temper these problems in the hybrid German Australian Shepherd. In the end, their life expectancy is between 13 and 15 years. So, if you read everything carefully, and think that this dog should perfectly fit into your life – then why not get one? 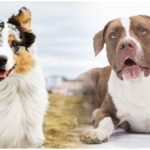 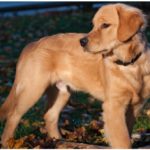