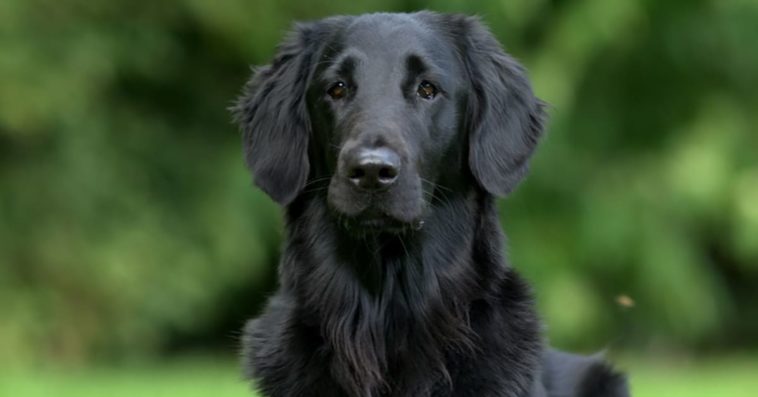 We all know and love our cream colored and red Golden Retrievers. They are one of the most popular dog breeds for a reason. But, have you ever seen a black Golden Retriever?

These dogs are great with people, loving and loyal. They also have many characteristics of your traditional Golden Retriever. But, the black Golden Retriever is not actually part of the Golden retriever family. As much as they resemble the true Goldens, they aren’t actual black golden retrievers!

No need to even say that the American Kennel Club does not acknowledge black Golden Retrievers. They can’t acknowledge something that does not exist, right?

What causes their black coat?

Purebred Golden Retrievers can’t actually be black. And the reason why lays in their genes. Their beautiful cream coat is actually the result of a recessive gene. If you paid attention in your biology class, you probably already know about recessive and dominant genes and how they are passed on. The light coat of the Golden is a result of two recessive genes they inherited from their parents.

Genetic mutations can cause some color variations. But it is very rare that they will cause a purebred Golden Retriever to be black. The chances are so slim that it’s pretty much impossible. The black color is a dominant gene that the classic goldies just don’t carry.

So the answer is pretty simple. If you think you saw a black Golden Retriever, it probably was another dog breed resembling it. In most cases, it’s a black colored flat-coated retriever.

Breeds that could pass as a black golden retriever

There are a few breeds that look like they could be black golden retrievers. But obviously, they aren’t.

These are some dogs that may look like black golden retrievers as well:

If a breeder tells you they’re selling a purebred black golden retriever puppy, please don’t fall for this! It’s for sure a scam, they’re probably just trying to make extra money! If you want to find a black golden, it will be like trying to find a unicorn. You can’t find something that does not exist. Yes, black dogs that look like goldens do exist. But that’s about it.

It’s simple black golden retrievers don’t exist! Anybody who is telling or selling you otherwise probably has other motives in mind. So, please be careful about trusting them.

Difference between the Flat-coated and Golden Retriever

While they are pretty similar dog breeds, there are still certain differences. Both in their appearance and in their behaviors. The one obvious one is their color, but we already cleared that up.

These dogs are also wavy coated with longer fur, however, their coat is nowhere near as thick as the one of a Goldy. But that’s actually good news! That means less shedding and less vacuuming. And isn’t that just what every dog owner wants. Grooming will be easier too. But you will still have to brush your dog’s coat regularly.

Also, their personality is a bit different. Flat-coated retrievers are more balanced. You will have less problems walking them off leash. They don’t have such a strong desire to roam around and explore. But, they are also less bubbly than Goldens. That is a downside for all people who love this breed for their big heart and even bigger personality.

The flat-coated black retriever may not be a Golden Retriever, but they are still pretty amazing dogs. He is easy to train, the perfect family dog and also loves to swim. Now isn’t that an amazing combination?

Just like Golden retrievers they also live for 10–12 years and stand about 23–24 inches tall. It will weigh between 65 and 75 pounds, and they are as affectionate, friendly, and somewhat goofy as Golden retrievers.

The reason why they make such amazing family dogs is because they are extremely sociable. He will always want to be around people and will mope around the house if ignored for too long. He makes sense as a family dog because there are more people to pay attention to it. They are patient and gentle and play well with children and are happy to join on their adventures. It is a perfect playmate for younger kids.

Black golden retrievers may not be purebred, but that doesn’t mean that they aren’t amazing dogs! You can love them just as much as a classic Golden Retriever. And for some people they may even be a better fit! They are easier to groom and easier to handle.

In most cases, they will have so many of the qualities we love in Golden retrievers. For example, they have that beautiful coat, they are energetic, loyal, love to play around, and are great as family dogs. It’s definitely worth checking these beauties out. 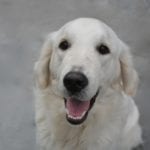 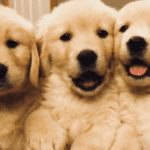